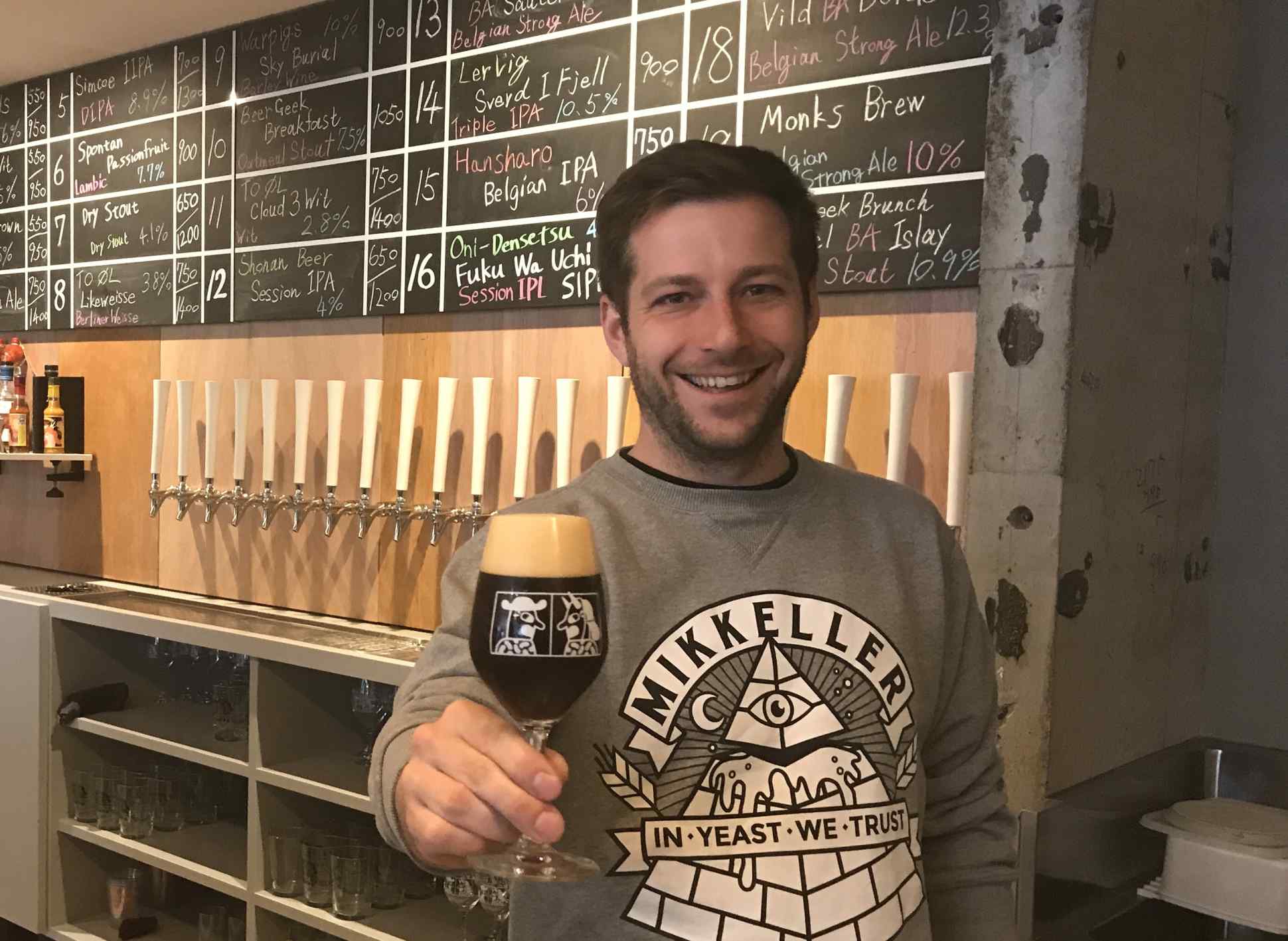 Hamilton Shields, co-owner and partner at Mikkeller in Tokyo, shows off one of the bar's craft beers.
Business

After nearly fizzling out in 2001, microbreweries are staging a huge comeback

TOKYO -- Nobuhisa Iwamoto says his family played an indirect role in persuading the Japanese government to loosen its restrictive brewing laws in 1994 -- a move that saw hundreds of microbreweries sprout across the country, eventually bubbling into the nation's first craft beer boom.

Now Iwamoto, owner of SanktGallen Brewery, one of Japan's oldest craft breweries, is witnessing an Asia-wide thirst for artisan brews and a craft beer revival in Japan after the first craze ran dry. This time, he hopes the good beer keeps flowing.