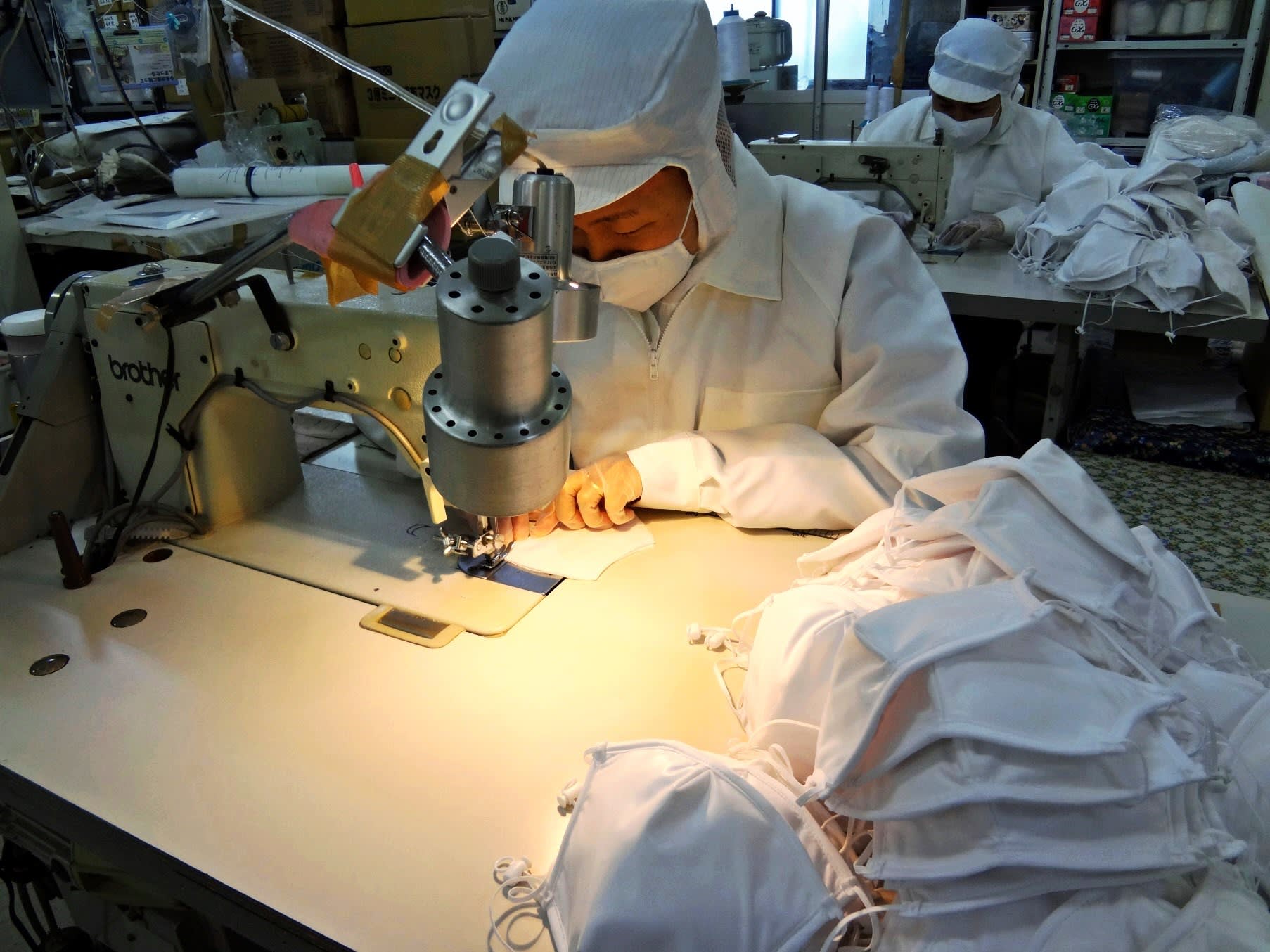 TOKYO -- Japanese companies are developing and increasing output of products aimed at containing the spread of the Ebola virus.

The device only requires the user to add a DNA sample of a suspected patient to a card containing reagents, then set the card on the device. So it can be used by people with no medical knowledge.

Toshiba's aim is to reduce the time needed for screening from a few hours to 20-60 minutes. If such a device becomes a reality, all passengers on an airplane can be tested while still aboard and infected passengers can be stopped before entering or exiting a country.

Midsize testing equipment maker Eiken Chemical, meanwhile, is developing a test kit for the Ebola virus that only requires one hour or less. The company has always been quick to develop a reagent every time an infection spreads, including severe acute respiratory syndrome, or SARS.

Filter product manufacturer Clever provided the Guinean government and others with 10,000 protective face masks free of charge in October. The masks are saturated with a highly antiseptic solution that kills most of the Ebola viruses when they adhere to the mask.

The donation increased the number of inquiries Clever receives from the U.S. and European medical experts treating Ebola virus patients, prompting the company to almost triple its monthly output of the masks to 100,000.