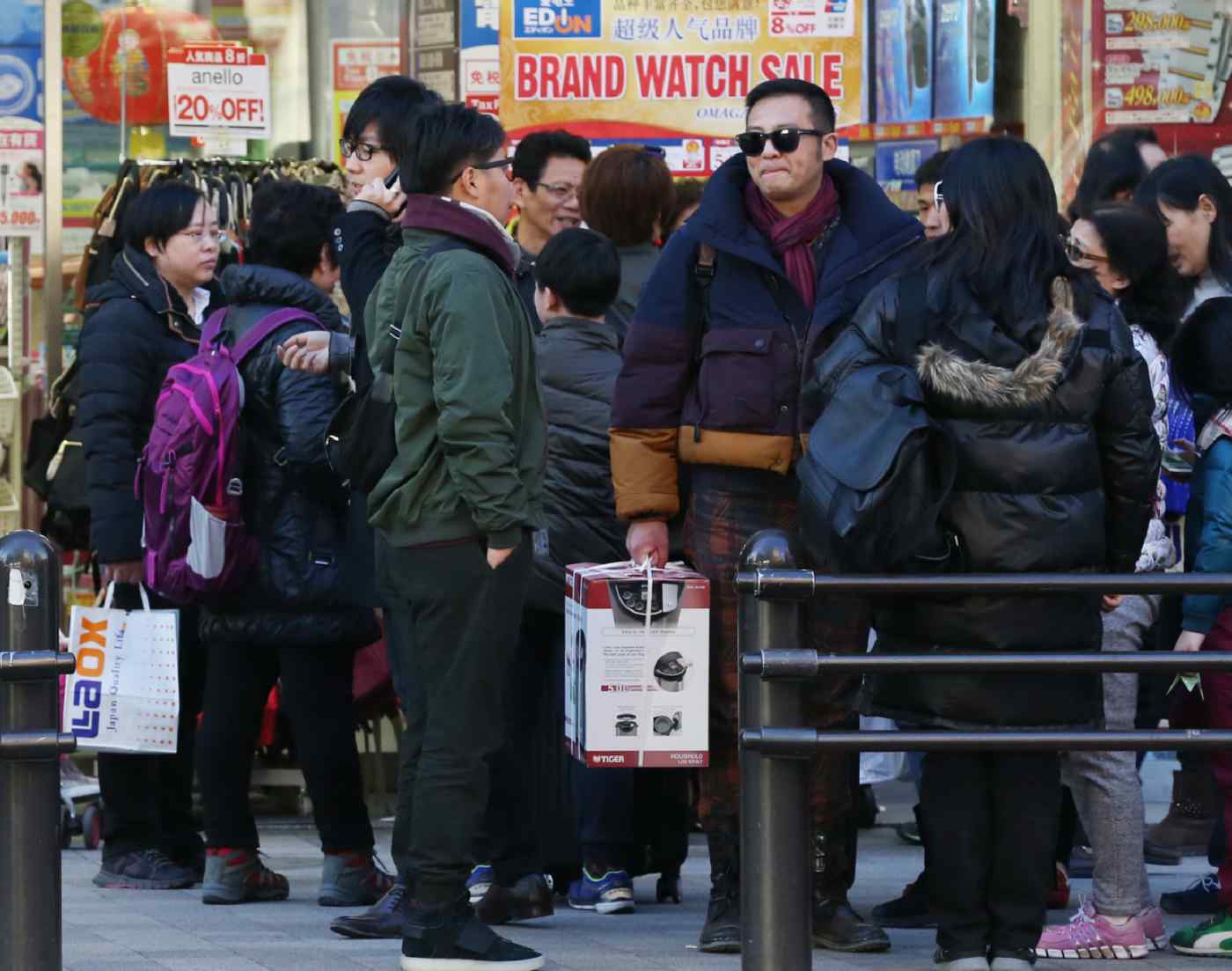 TOKYO -- The Lunar New Year travel season is underway in China, and Japanese companies are hoping to wring more cash out of the tourists that come their way. One strategy is to make shopping and sightseeing in Japan as effortless as possible.

Though Japan saw a record 24 million foreign visitors in 2016, each traveler from China spent an average of 231,504 yen ($2,010), down 18.4% on the year. That was the steepest decrease for any nationality and put Chinese spending behind that of Australians.

Chinese account for more than a quarter of Japan's total visitors; from a business standpoint, getting them to spend is crucial.

Last year, Chinese tourists to Japan began to shy away from shopping sprees on luxury goods and electronics. A stronger yen was one factor. The higher customs fees and import taxes Beijing imposed last April did not help, either.

But Japan is welcoming more repeat visitors and middle-income travelers. And when it comes to cheaper household goods, food and drinks, however, demand remains resilient.

Companies are looking to make the most of that demand. To ease the hassle of cash payments, for instance, convenience store chain Lawson on Tuesday started accepting payments through Alipay, the mobile wallet app from Chinese e-commerce company Alibaba. The move -- a first for the Japanese convenience store sector -- applies to all 13,000 Lawsons in the country. Lawson Chairman and CEO Genichi Tamatsuka, right, launches a tie-up with Alipay in Tokyo on Jan. 23.

"In Chinese culture, people don't necessarily open their wallets every time they shop," Lawson Chairman and CEO Genichi Tamatsuka said at a launch ceremony. Paying with Alipay is as simple as having the sales clerk scan a bar code on your smartphone screen.

Shopping, though, is no longer at the top of Chinese tourists' to-do lists in Japan. Instead, those lists are topped by visiting natural sites, soaking in hot springs and viewing cherry blossoms or autumn leaves, according to a report published last October by JTB Tourism Research & Consulting.

JTB said tours to Toyama Prefecture, famous for its traditional houses with steep thatched roofs, have increased by a factor of 12 with the inclusion of traditional art events. The company said more travelers are visiting the countryside in smaller groups of about 10 people.

While Tokyo and Osaka are consistently the most popular destinations for Chinese visitors, other regions are gaining popularity this season, according to Tokyo-based market research company Trend Express.

Its latest ranking, based on comments posted on Chinese microblogging service Weibo, puts Hiroshima in sixth place, ahead of Hokkaido for the first time. World Heritage sites such as Itsukushima Shrine and the Peace Memorial are big draws in the Hiroshima area.

Fukui Prefecture ranked ninth, after Okinawa, thanks to its reputation for good sushi and Echizen crabs.

Going off the beaten path, of course, can create transportation headaches. More self-guided travelers are opting for car rentals.

The rental car association in Hokkaido, a popular ski destination, said the number of foreign customers in the prefecture reached a record 41,361 in fiscal 2015, a sixfold increase from four years earlier. Visitors from Hong Kong and Taiwan accounted for more than half, at 33.4% and 20.8%, respectively.

Parking lot operator Park24's car-sharing service, Times Car Plus, is catching the wave. Its vehicles can be found near almost every train station in central Tokyo and 60% of the shinkansen bullet train stations outside the capital. Nationwide, some 16,000 cars are available. Rental fees are calculated in 15-minute increments, and there is no need to refill the gas tank before returning the car. 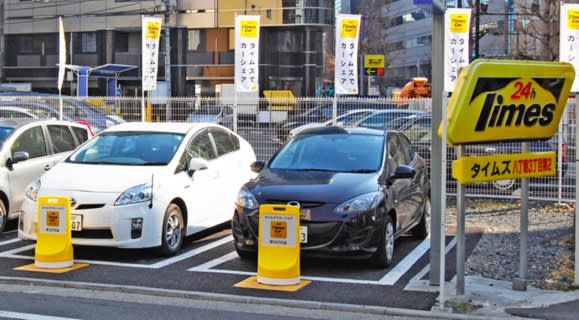 Using Times Car Plus requires a membership. The number of members stood at about 720,000 as of last October, up 30% on the year. For the fiscal year through that month, Park24's operating profit more than doubled, to 2.85 billion yen.

The company said foreign users of its separate car rental service, Times Car Rental, increased by more than 40% on the year. "Foreign visitors are using the service to travel to their specific destinations from airports across Japan, not just in Tokyo," a company official said. "A smooth travel experience is the biggest appeal."