Japan's Calbee downsizing its potato chips for the Philippines 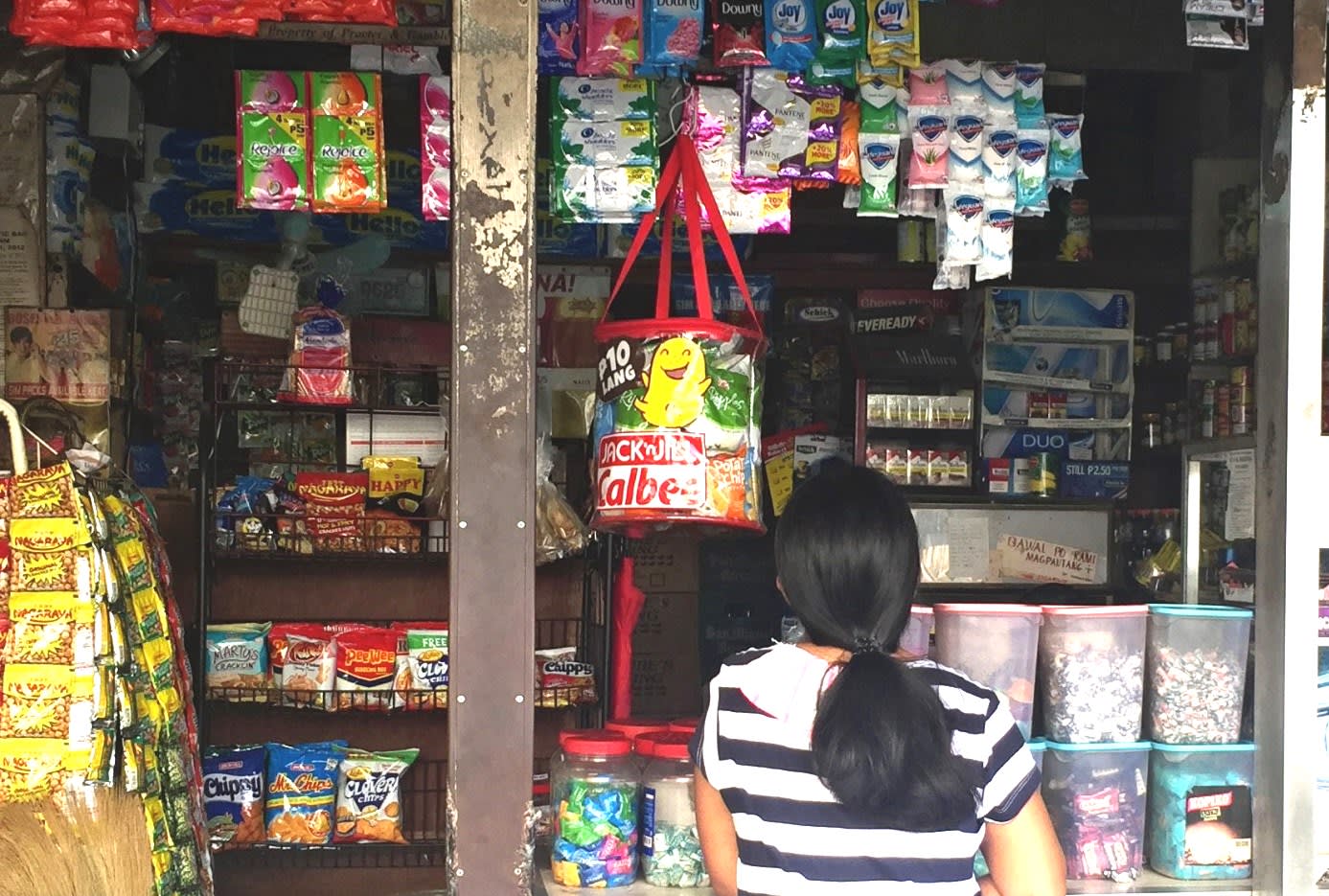 Japanese snack maker Calbee aims to get its chips into the country's mom-and-pop shops as it refocuses on medium-income Filipino consumers.

TOKYO -- Japan's Calbee has introduced a potato chip product about 70% cheaper than what's already on sale in the Philippines.

The chips will be sold at sari-sari stores, very small mom-and-pop shops that deal in a variety of daily products, a company source said.

The new strategy is to focus on middle-income consumers. The snack maker has set a sales target of 4 billion yen ($34.8 million) in the year ending March 2021, up an ambitious sevenfold from fiscal 2015.

Since it entered the Philippines in 2014, Calbee has targeted its snacks mostly at high-income earners. But it is refocusing on the country's expanding medium-income bracket.

With the Philippines achieving economic growth rates of around 6% in recent years, consumer purchasing power has increased -- and the snack market along with it.

Calbee's new strategy for the Southeast Asian country comes as the company, whose growth at home has slowed, is shifting its overall focus overseas. It is also targeting the U.S. and South Korea.

In recent years, Calbee has been particularly aggressive in Southeast Asia, where growing populations and economies are expected to boost confectionery markets.

The cheaper potato chips have gone on sale at several thousand sari-sari stores on the islands of Cebu and Luzon. The plan is to raise the figure to 10,000 as early as possible and to eventually blanket the entire archipelago, the source said.

The new chips come in three flavors -- salt, cheese, and sour cream and onion -- and are sold in 14-gram bags, smaller than the 28-gram bags that are now common.

By reducing the size of the bags, the company cut the price to 10 pesos, compared to the 30 pesos to 40 pesos for the larger size bags.

In 2014, Calbee set up a joint venture with Universal Robina, a Philippine confectionery maker, and the next year started to sell snacks, mainly in urban supermarkets.

The company's new strategy is aimed at expanding its presence by taking advantage of Universal Robina's sales channels, which wind their way to the small merchants found across the Philippines.

In preparing for the expansion, a local factory underwent an expansion at a cost of several tens of million yen. The factory added two more automatic packaging lines for a total of six.

After introducing the new chips, Calbee plans to monitor their sales and consider introducing other brands, including the Jagabee puffed potato snack, in smaller packages, according to the source.