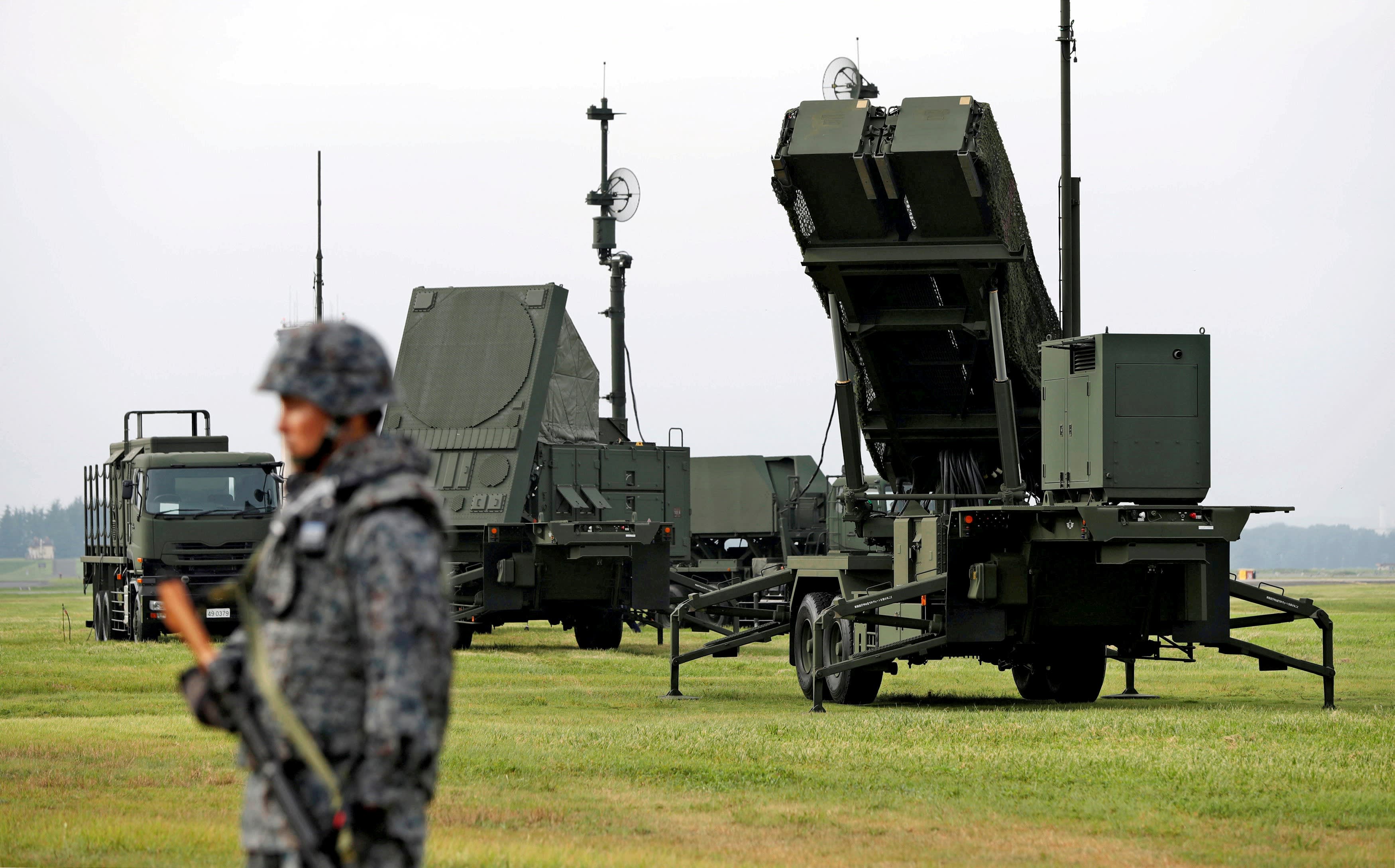 As North Korea continues to successfully test-fire missiles, the request includes funds to introduce a land-based interceptor system called Aegis Ashore, said to be capable of catching up to missiles when they leave the atmosphere. The ministry also wants money to improve the range of its existing interceptors.

It is also seeking funds to build new vessels to counter China's aggression in the East China Sea, near Japan's Okinawa islands.

Defense spending has increased for five straight years -- every year since Prime Minister Shinzo Abe took office. The request for fiscal 2018 is up 2.5% from the initial budget for the current fiscal year.

Although planning costs for Aegis Ashore are part of the request, no specific amount is mentioned. The figure will be decided by year-end, after consultations with the U.S.

The ASDF moved three PAC-3 systems to the Chugoku and Shikoku regions in western Japan after North Korea threatened to fire ballistic missiles into waters around Guam, a western Pacific island and U.S. territory that hosts an important military base and B1-B bombers. But the missiles launched on Tuesday flew over Hokkaido.

Due to the difficulty of knowing where North Korea might point its missiles, shielding Japan with PAC-3s has its limits.

PAC-3 interceptors also have a limited radius, in the tens of kilometers. North Korea's latest projectile flew near two PAC-3 batteries, one on the Chitose base in Hokkaido and the other on the Shariki base in Aomori, near the northern tip of Japan's main Honshu Island. These two anti-missile systems might not have been useful if the North Korean rocket had a trajectory that would have landed it on Japanese soil -- and if the ship-based Aegis system failed to shoot it down.

The ministry is working to double the range of PAC-3s, but any success will not come before the end of fiscal 2019.

The projectile that North Korea launched on Tuesday is believed to have been a Hwasong-12 intermediate-range missile. The same type was fired on a "lofted" trajectory on May 14, apparently to shorten the flight distance and make it fall into the Sea of Japan. It is difficult to shoot down missiles that go up on a sharp angle and come back down on a similar path.

SM-3 interceptors aboard Aegis-equipped vessels have a vertical range of several hundred kilometers. The ministry has begun developing an upgraded version called SM-3 Block IIA to extend the range. Once completed, these big bullets are expected to be able to intercept missiles at an altitude of over 1,000km. They are slated to be deployed in fiscal 2021 -- not nearly soon enough.

It will also take several years to deploy Aegis Ashore systems. These ground-based antimissile batteries have much merit -- only two would be able to cover all of Japan.

As for East China Sea-focused budgetary items, the ministry wants money to build two escort ships and one submarine. In addition, it wants funds to develop new weapons such as high-speed gliding warheads and guided anti-ship munitions. These would be used to reclaim isolated islands should the need arise.

Also, Ground Self-Defense Force troops are to be deployed on Amami Oshima, north of Okinawa, and on Miyako-jima, east of Taiwan.