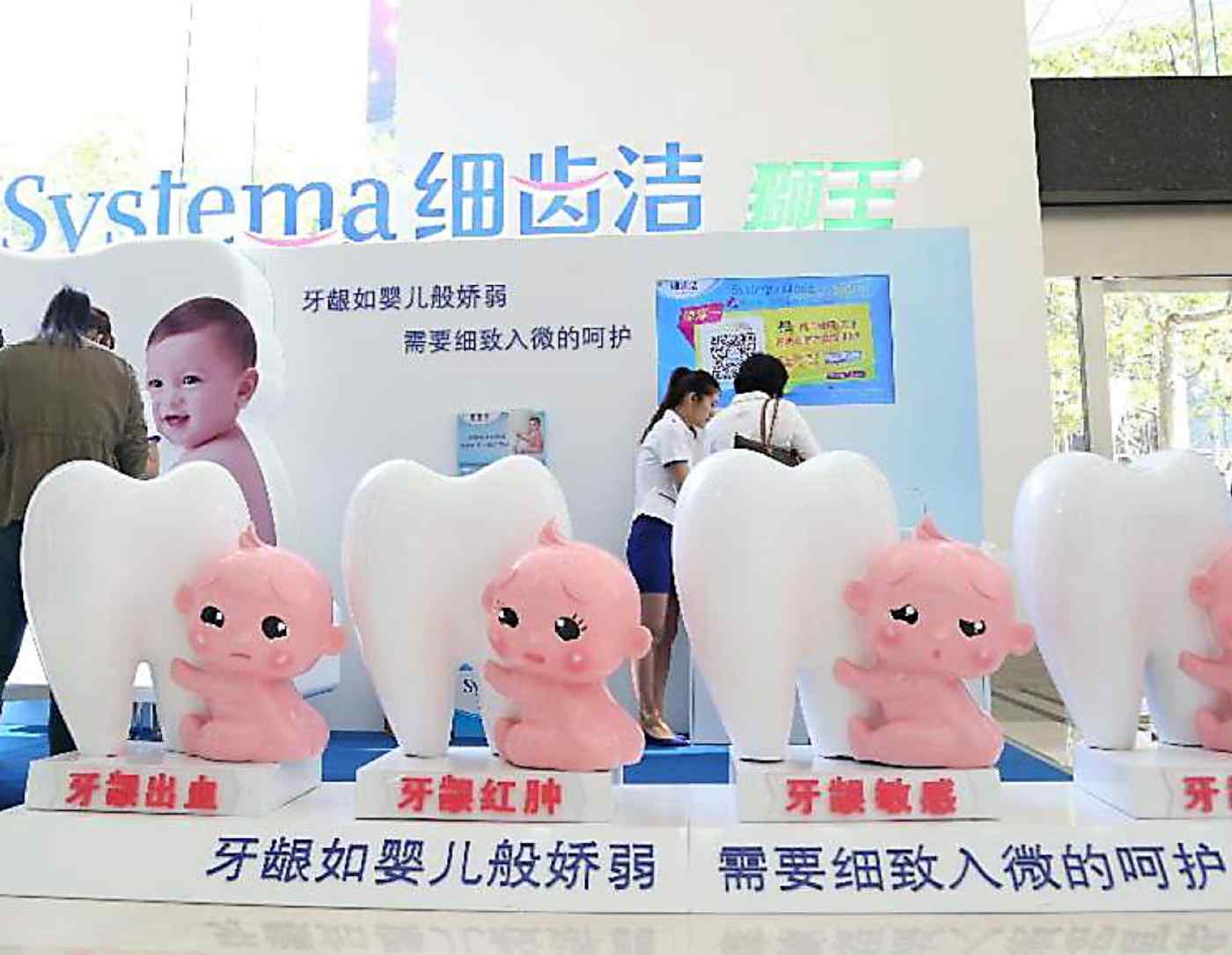 TOKYO -- Lion is going on the offensive to prove it is worthy of its powerful name, capturing the Chinese high-end toothbrush market to rack up top sales in that country's e-commerce sphere.

The Japanese consumer goods maker is dominating China's online market, along with peers Kao and Daio Paper, whose disposable diapers have become smashing hits. Strong sales there and rising demand at home sent Lion's long-stagnant stock price roaring past 1,000 yen ($8.20) for the first time in 25 years in July.

Operating profit at Lion's overseas segment made up 30% of the company total during the January-June half, rocketing 320% on the year to 1.6 billion yen. "We aim for profitable growth overseas," Executive Director Takayasu Kasamatsu said at an August earnings presentation.

Rather than competing in the crowded mass market, Lion is putting its resources into pushing high-end, high-value-added products. Systema toothbrushes stake their appeal on performance, with top-of-the-line selections selling for around 300 yen -- two or three times the price of a mass-market brush.

The company's focus on more-expensive products has burnished the Lion brand image among China's growing middle class. And that success is chipping away at the market shares of Colgate-Palmolive, Procter & Gamble and other industry giants. Those companies sell both mass-market and high-end products, and so lack Lion's reputation for being exclusive.

"As the Systema brand becomes established via toothbrushes, we can expect that [Lion] will achieve growth in the much larger market for toothpaste," said Masashi Mori of Credit Suisse Securities (Japan).

Lion's online presence is a decisive factor in its overseas success. The company made its Chinese e-commerce debut in 2011 on Taobao Marketplace, the country's top shopping site. Sales reportedly grew by a factor of 15 from 2011 levels by the year ending December 2014, and are set to double again this fiscal year. Some 30% of its Chinese sales come through e-commerce sites.

Domestic business is also improving. Sales of consumer products in Japan slipped 3% on the year to 129 billion yen for the first half. Yet operating profit jumped 11% to 2.5 billion yen for the same segment. The strategy of "focusing on high-value-added products is paying off" as the company avoids tussling with Kao, P&G and other mass-market rivals with superior financial powers, said Wakako Sato of Mizuho Securities. Stronger Chinese sales are also paying dividends at home in the form of demand by visitors to Japan. Lion sees net profit jumping 15% to 8.5 billion yen this year.

But all is not rosy. Worries over China's economic outlook are weighing on Lion's share price, which dipped below 1,000 yen at one point on Aug. 25. Though the company does not see significant change in the Chinese market, Executive Director Kasamatsu admitted that "if China's economy stumbles, ripples could rock Southeast Asia. The business climate outlook is uncertain."

Though leveraging its brand power overseas has indeed brought success so far, that model will be put to the test. The lively Lion will have to prove its mettle to keep its throne.