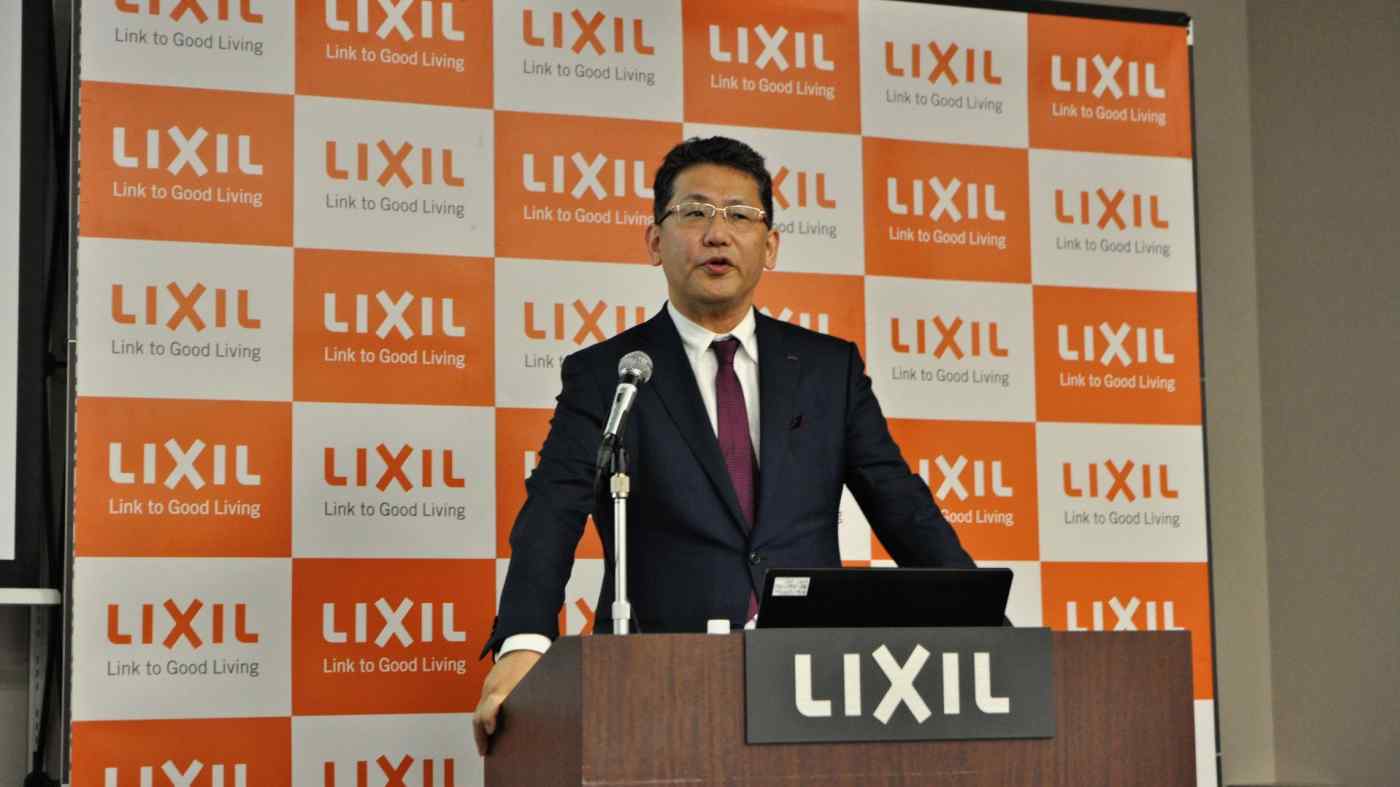 TOKYO -- With the decision to part with a unit acquired under the leadership of a founding family member, Lixil Group President Kinya Seto sends the message that he sees no area as off-limits to his reorganization drive.

"The operations are not bad, but the question was how much profit they can give to other businesses," Seto said Monday, announcing the sale of Italian construction materials subsidiary Permasteelisa.

The deal to unload the unit for 467 million euros ($551 million), or roughly 60 billion yen, would mean a loss of a little over 10 billion yen for the Japanese company. But Seto reached the difficult conclusion that selling it was necessary to rebuilding the group's weakened finances.

Permasteelisa handles the nonbearing exterior walls known as curtain walls in Europe, the U.S. and elsewhere. Chairman Yoichiro Ushioda bought the company in 2011, soon after Lixil's creation in the merger of five Japanese building materials and housing companies, with the aim of developing it into a growth engine. But the Italian unit's "businesses and the way it operates were far different" from Lixil, whose strengths are in sanitary ware and other housing equipment.

That was hardly the end of Permasteelisa's problems. It suffered from low margins, and collecting accounts receivable from commercial clients took a long time.

Seto started exploring the option of unloading Permasteelisa last summer, soon after taking office. He repeatedly discussed a deal with European and U.S. investment funds, only to not get a price he wanted. Then Lixil got a higher offer from Chinese architectural design and decoration major Grandland Holdings Group, with which it entered into full-fledged negotiations this May. Selling to a business-focused company could raise the possibility of a tie-up in Asia for infrastructure and other areas, the thinking went. Ushioda gave this idea his blessing as well.

Lixil's former president, Yoshiaki Fujimori, had pushed for expansion through mergers and acquisitions. But the efforts failed to yield much in the way of synergies, and the company sank into the red with a 25.6 billion yen net loss in the year ended March 2016. Its capital ratio plunged from over 30% to the mid-24s.

Seto first and foremost wanted to halt the way his company was going. In July of 2016, he halved the team of group executive officers in Japan and other executives to 53. Residential building materials subsidiary Hivic and Chinese steel door maker Wuxi Moritec Special Door were sold off the following month.

The Permasteelisa deal is expected to lift the capital ratio to 30.4% this fiscal year. "We probably won't see a sale this big in the future," Seto said, indicating that the streamlining drive has reached a certain stage.

Seto's reform push has gotten high marks from investors. Lixil's stock price has nearly doubled since last summer. News of the Permasteelisa sale also lifted the shares as high as 5% above Friday's close at one point Monday.

But market expectations have already shifted to the growth strategy going forward, with Takeshi Irisawa of Tachibana Securities calling on the company to "illustrate a scenario for future profit gains."

They may soon find out what Lixil has in store when it releases a new medium-term business plan this autumn. Having founded online tool retailer Monotaro and 10 other startups, Seto is an entrepreneur to the bone. He says he wants to go on the offensive in building materials in Japan and elsewhere in Asia, in addition to such fields as housing and water systems.

Whether and how Lixil pulls this off will determine the company's true value.