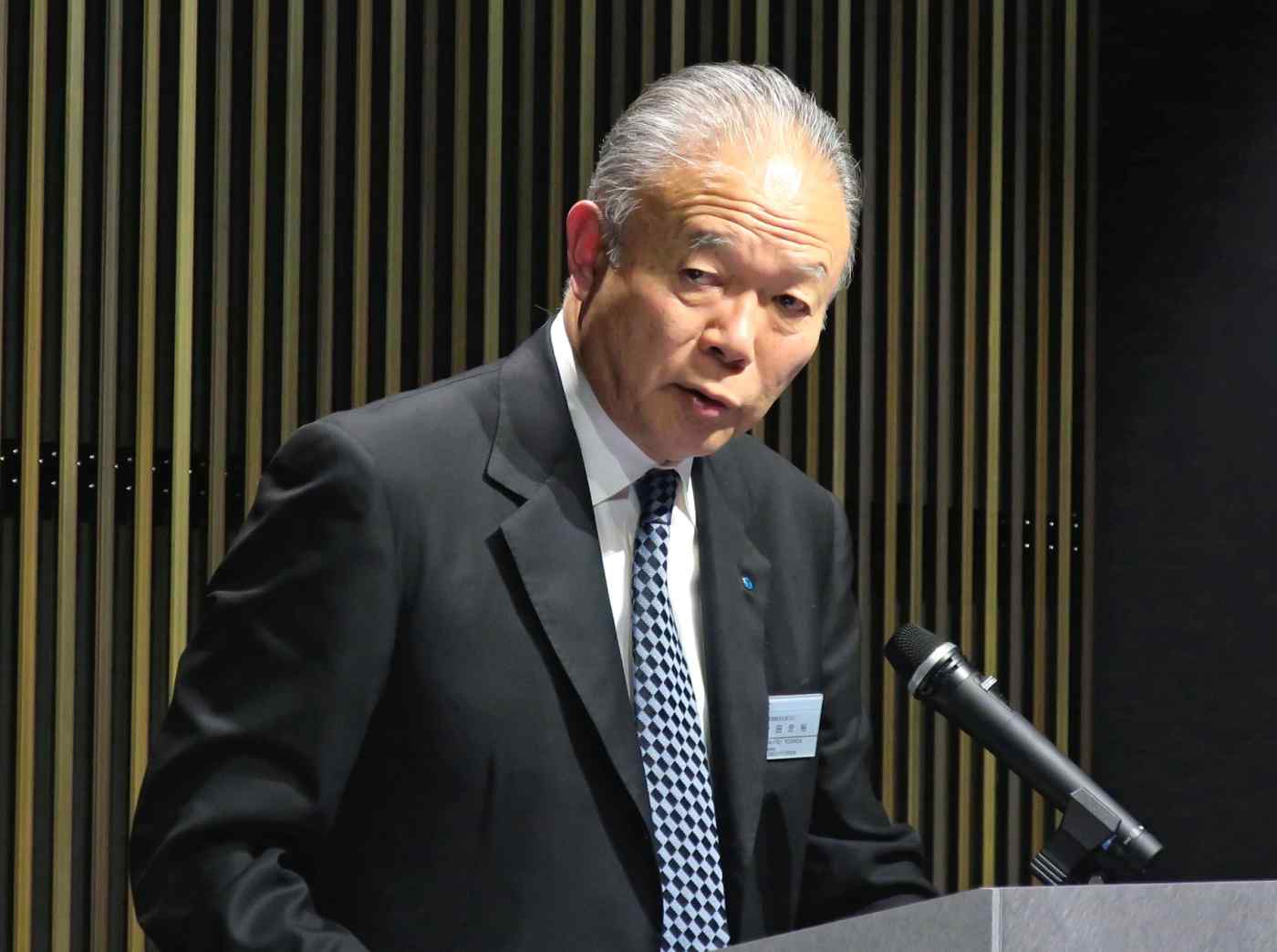 TOKYO -- In a stark contrast to most Japanese companies' modus operandi, zipper behemoth YKK is looking to expand into the low-end market segment to compete with Chinese rivals head on.

Chairman and CEO Tadahiro Yoshida revealed the goal of spending 277 billion yen ($2.41 billion) in capital investment during a Thursday news conference here, as he unveiled the company's four-year business plan through fiscal 2020, which ends March 2021. A little over half of that amount will go toward the zipper business.

The medium-term business road map calls for YKK to lift its worldwide fastener sales to roughly 12.9 billion units in fiscal 2020, up 50% from the estimate for fiscal 2016. The company is banking on growth driven by the types of zippers that are used widely in low-priced apparel, bags and other items in China and other parts of Asia.

This region is also where 60% of the zipper investment is going. YKK will spend about 13 billion yen to upgrade its factories in Bangladesh, Vietnam and India, all key garment hubs, to boost capacity by more than 50%. The company will also raise the number of development centers in China and other Asian nations to 15, up from the current 10. Furthermore, it plans a 40% increase in development personnel in the region to 460.

Offense is the best defense

YKK's forte is mid- to high-end zippers, which account for 80% of all the fasteners it makes. YKK fasteners boast high quality, as underlined by a claim that they won't break even after being opened and closed 10,000 times. Zippers inscribed with the familiar three-letter company name are used in a wide variety of products from Levi's jeans and Adidas gear to space suits and automobile seats.

Yet the Japanese company is setting its sights on the low-end market because it feels a threat from Chinese rivals. YKK is estimated to account for more than 40% of global zipper sales in value terms, but just 20% in volume. More than half of the remaining 80% are supplied by Chinese manufacturers.

The company has not forgotten its humble beginnings: When the company was founded about 80 years ago, no one expected it to become a global player with operations in 70 countries and regions. "A second YKK could emerge any time," said Hiroaki Otani, executive vice president.

The rise of fast fashion prompted YKK to work on slashing costs by reviewing its raw materials and taking other measures. But the effort failed to yield enough savings on low-priced zippers, which offer narrow margins to begin with.

The company's sales for the current fiscal year are expected to rise by 1.2 billion units from fiscal 2012, but this won't be enough to hit the sales goal of 10 billion zippers. Weaker-than-expected growth of generic fasteners have been cited as a major reason.

"There's a limit to how much cost we can cut on existing products, so what we're going to do is make products with the concept of addition, rather than subtraction," President Masayuki Sarumaru said. The company will review its manufacturing techniques and materials to figure out a way to make money even with zippers priced comparably to Chinese-made products.

As part of its cost-cutting effort, YKK will open a research center in Kurobe, Toyama Prefecture, for the use of robots in production lines. The company has also launched a program to train foreign engineers from three months to three years, as it seeks to incorporate ideas from personnel from other parts of Asia into product development.