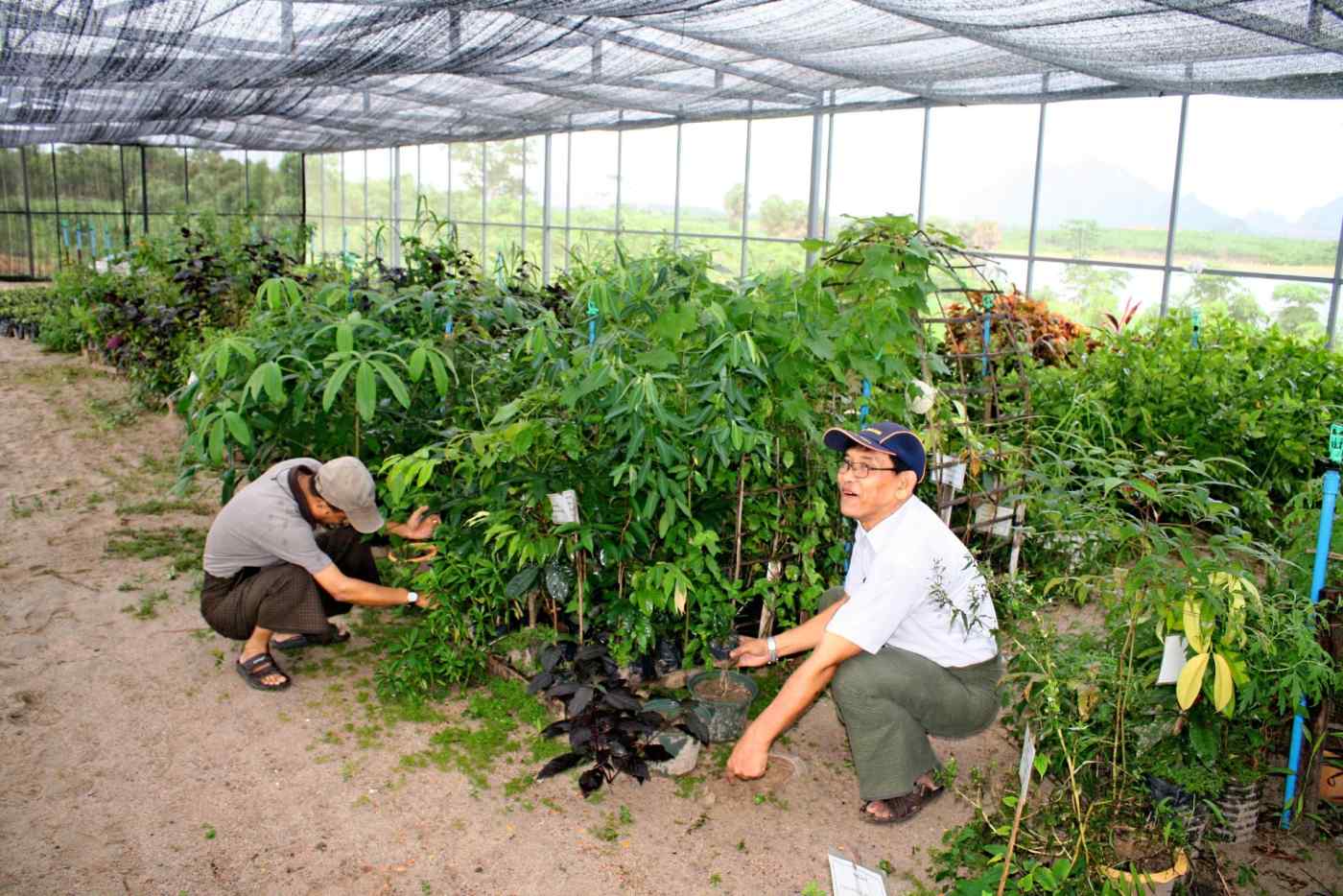 YANGON/TOKYO -- Pinched by rising prices in China, Japanese drugmakers are turning to Southeast and Central Asia to grow the plants used in Chinese herbal medicine.

In Hpa-An, the capital city of Myanmar's eastern Kayin State, Japanese drugmaker Shinnihonseiyaku is growing more than 30 types of crude drugs, as these medicinal plants are called. A lakeside greenhouse contains row upon row of seedling pots growing dwarf mondo grass, black ginger, cinnamon bark and more. The company operates the greenhouse in cooperation with Japanese nonprofit organization the Nippon Foundation, which supports ethnic minority groups in the area.

The drugmaker started growing crude drugs on a trial basis this spring at eight locations in Myanmar, including Pyin Oo Lwin in the northern part of the country, in order to determine which types are suitable for the country. Commercial cultivation, which the company plans to contract out to local farmers, is slated to begin after 2016. The company will then buy the crops and export them to Japan.

Myanmar's northern mountainous region has a cool climate that is well-suited to growing medicinal plants. With the Myanmar government scurrying to create jobs in remote parts of the country, Shinnihonseiyaku can expect to receive official assistance. "We expect to harvest 2,000 tons [of crude drugs] a year, or 10% of Japan's crude drugs imports by 2018," said Toshiharu Nagane of Shinnihonseiyaku.

Meanwhile, Japan's largest herbal medicine company, Tsumura, has been growing cinnamon bark on a trial basis at its own farm in Laos since 2005. Cinnamon bark, sometimes called "the king of drugs," has various healing properties, including antipyretic and analgesic effects. The company will start harvesting and exporting the plant this fiscal year. It plans to increase the local staff by 50% next year and expand the area of the farm by 40% in the near future. Tsumura is stepping up its efforts to grow other crude drugs as well.

Another important crude drug is glycyrrhiza, which experts say is used in 70% of Chinese herbal medicine. It is also the source of glycyrrhizinate, which is used as a sweetener. Last year, Cokey, a Tokyo-based maker of raw drug materials, set up a factory in Azerbaijan to extract glycyrrhizinate from glycyrrhiza. The company decided to cultivate glycyrrhiza in Central Asia and the Caucasus region due to the increasing difficulty in procuring it elsewhere.

These moves come as Japanese drugmakers worry that their reliance on China for crude drugs imports could hinder the growth of the herbal medicine market at home. "This is just like what happened with China's rare-earth [exports]," said Ryuta Fujii, president of herbal medicine maker Ryukakusan and chairman of the Tokyo Crude Drugs Association. His comment refers to China's past export controls on rare-earth metals, which sent pricing soaring and rocked Japan's industries.

Prices of crude drugs have continued to rise, a trend dubbed China-originated inflation. Import prices of major crude drugs, such as glycyrrhiza and astragalus root, have increased by 100% to 200% between 2006 and 2013, according to industry estimates. The higher prices are attributed to rising labor costs from China's economic growth and growing demand for medicinal and cosmetic products using crude drugs. In addition, the country has imposed export controls on some crude drugs.

According to industry statistics, Japan's herbal medicine market was worth about 140 billion yen ($1.28 billion) in fiscal 2013, a fraction of Japan's 10 trillion yen medicine market. But crude drugs are now used in many health food items and cosmetics products as well. Mitsubishi Research Institute notes that the crude drugs market is potentially worth about 10 trillion yen, including related businesses such as cultivation and distribution.