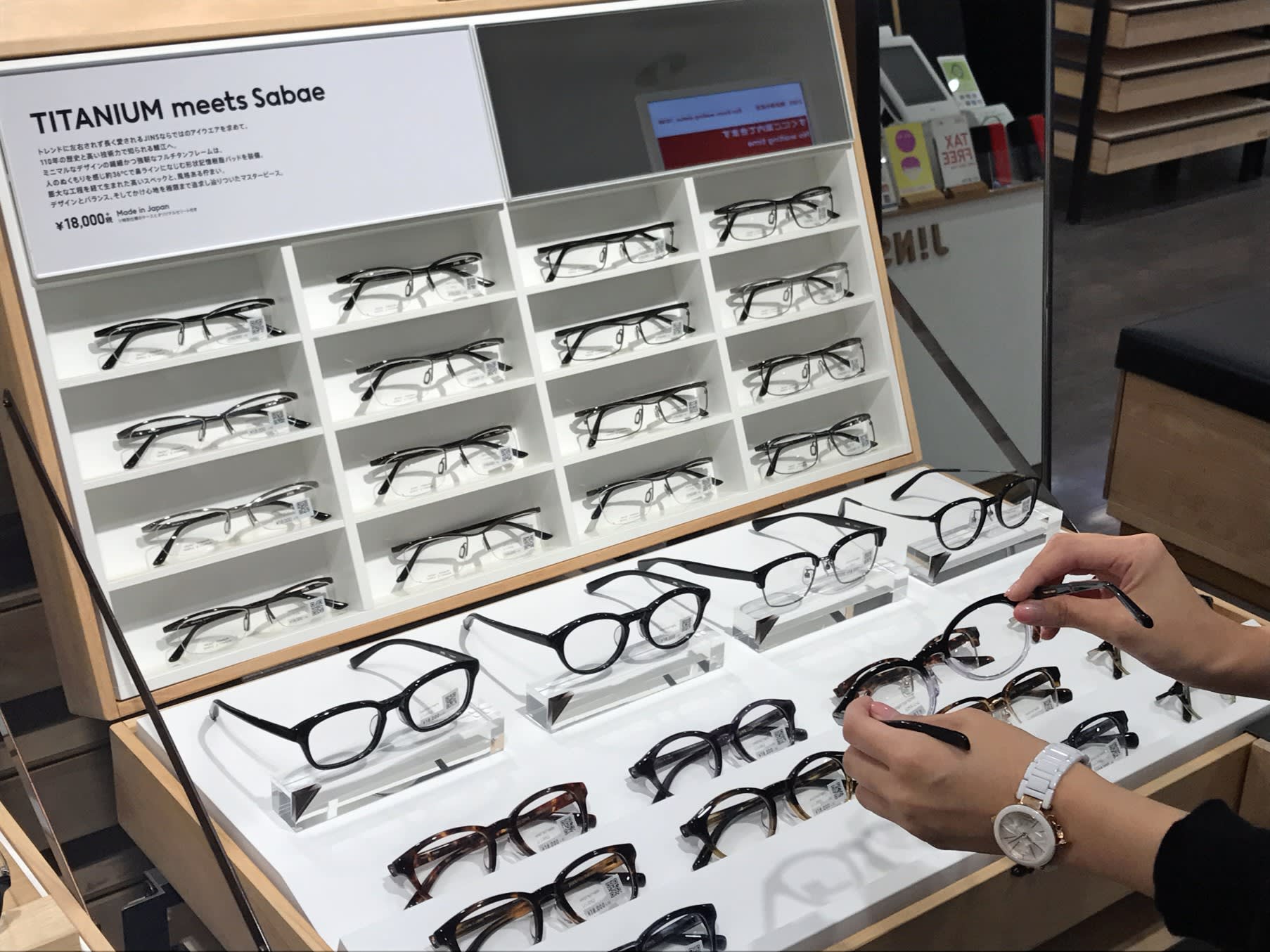 The Nikkei recently visited a branch of discount eyewear retailer Jins during a summer sale, which had attracted all types, from middle-aged businessmen in suits to homemakers with children in tow. Despite all the bargains, the average price of glasses at the chain has been rising the past few years.

Yasunori Kitagaito, manager of Jins' design group, said a growing number of customers in their 40s and 50s are buying bifocals and other high value-added lenses, pushing up prices.

Customers can purchase frames and add normal lenses at no extra cost, but have to fork over an additional 5,000 yen for bifocals. Jins employee Takaki Kobayashi said customers in their 40s and 50s spend about 40% more than others, since they choose frames that cost around 10,000 yen and request bifocals or other lens options.

"The move is to meet the demand of customers who will pay anything for quality products," said Kitagaito.

As of August, the median value of frames sold jumped to 8,000 yen, up from 5,000 yen a few years ago. Increased sales of bifocals are also expected to push up average prices this year.

Eyewear prices are seemingly on the rise across the industry. According to Japan's national consumer price index compiled by the Ministry of Internal Affairs and Communications, eyewear marked year-on-year declines from the start of the 2000s. However, prices began to edge up from fiscal 2014, rising 0.5% in 2016 -- the third straight year of increases.

In the early 2000s, Jins, Zoff and other discount retailers selling glasses for around 5,000 yen dominated the market. These brands, however, are beginning to offer pricier products in expectation of growing demand for bifocals.

High-end retailers are also driving up national averages as they enhance services. A Ginza branch of Four Nines Co., known for its 999.9 brand, has on display at all times more than 1,200 types of glasses in a huge, floor-to-ceiling shelf. Customers can browse the impressive selection much like choosing wines at a wine cellar.

Manager Kazuya Torii said he wants customers to take their time when selecting glasses. The salon even offers private shopping, allowing people to reserve the entire salon -- and staff -- for 90 minutes. In February, the Tuesday-only service was extended to include Saturdays.

The service is free, but private shoppers are required to buy a pair of glasses. At Four Nines, popular frames go for about 30,000 yen. Adding lenses can push the total to an eye-popping 100,000 yen. But the number of private shoppers has increased by a factor of four to five a month, said Torii.

Soaring demand for bifocals amid Japan's aging population and more consumers for whom price is no concern could keep rejuvenate the once slumping eyeware industry.