Expanded program to bring over 300 workers to five big companies 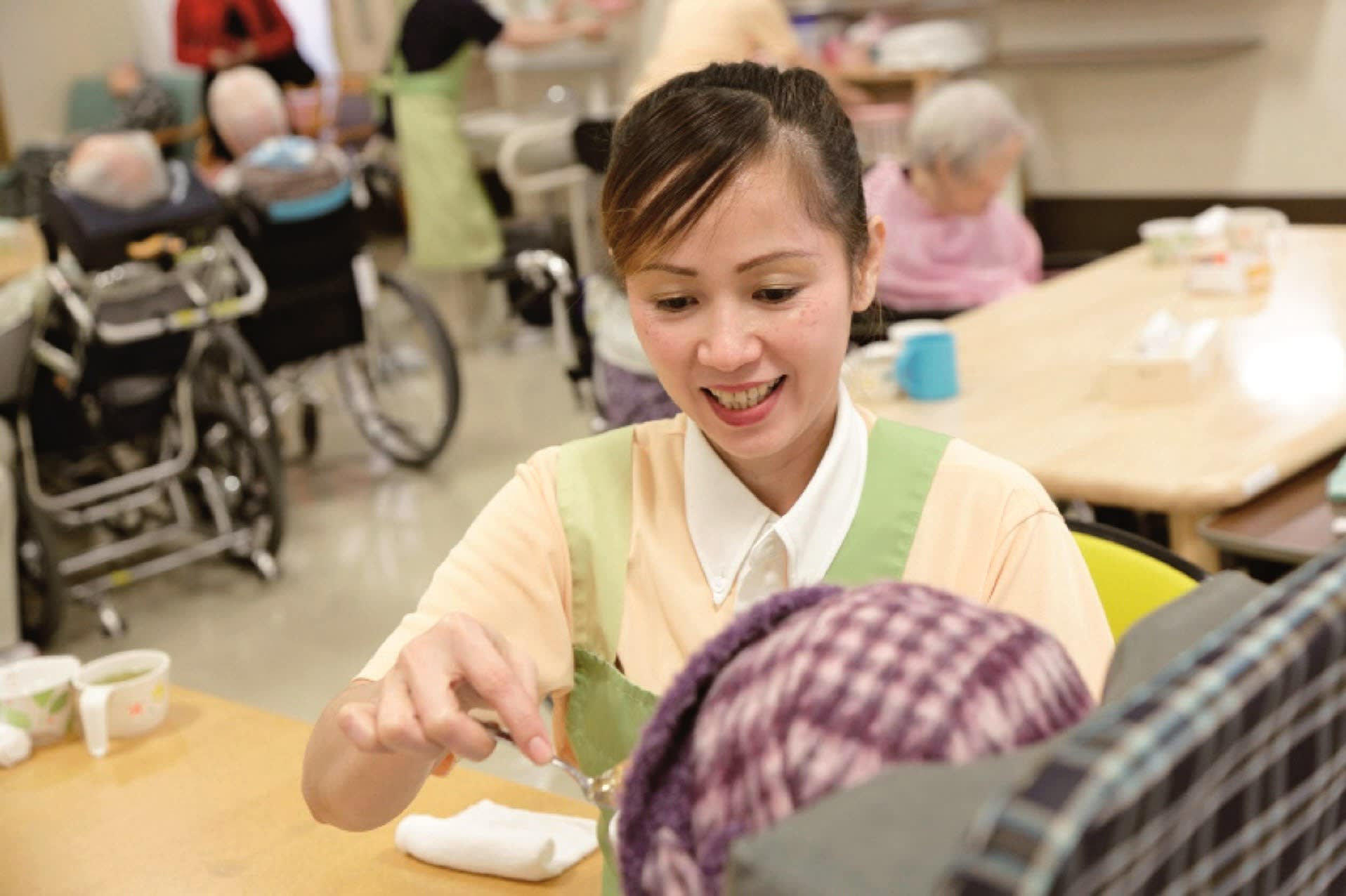 TOKYO -- Five major private-sector nursing-care providers including Gakken group and Tsukui will take in a total of more than 300 trainees from outside the country when Japan broadens an on-the-job training program for foreigners this year.

Senior-care workers from abroad previously came only via economic partnership agreements with Indonesia, the Philippines and Vietnam. Just 2,777 people participated in these programs over nearly nine years through October 2016.

A separate program, which aims to transfer skills to developing countries by inviting trainees to Japan, will add nursing care as an eligible field by the fall. The program, launched in 1993, currently covers 74 fields including agriculture and construction. Around 210,000 foreigners had participated by June 2016.

Gakken Cocofump, part of Gakken Holdings, plans to receive about 120 trainees from Myanmar, China, the Philippines and elsewhere by 2020 and assign them to assisted-living facilities and day-service providers. The company is preparing to open a nursing-care site in Myanmar this year, and hopes to tap the returnees in the Southeast Asian country as staffers.

Benesse Style Care, which operates around 300 for-profit nursing homes across Japan, will accept about 10 foreign trainees in fiscal 2017 to help elderly residents with tasks such as meals and baths.

Major day-service provider Tsukui will accept about 150 trainees from Vietnam starting around autumn, with plans to assign them initially to senior homes.

Solasto plans to invite around 20 trainees from Vietnam, the Philippines, China and elsewhere as a first step, assigning them to the company's day services and nursing homes. The company already has started Japanese-language and technical training for students, care providers and nurses in Vietnam.

Japan's rapidly aging population could spur a nursing-care shortage of an estimated 380,000 workers in fiscal 2025. The industry has a much higher effective ratio of job openings to applications than Japan's overall labor market.