Smith asked for Keyence's stance on corporate value. Kimura said he would like to understand investors' views on the matter. 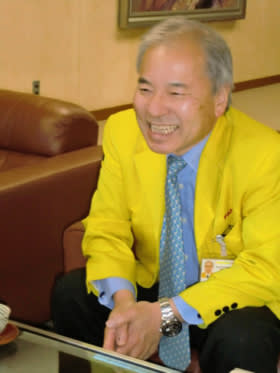 "Creating maximum value from minimum capital and personnel" is Keyence's corporate philosophy. The idea is almost synonymous with efficiency of capital in demand on the stock market.

Keyence is known to be unenthusiastic about shareholders dialogue but confident that it has pleased them with results symbolized by a 53% ratio of operating profit to sales generated. Its products include factory automation sensors and control equipment.

Keyence has since been trying to promote dialogues with shareholders in a bid to bridge the rift with them.

To change its stance on shareholder relations, Keyence was partly affected by Fanuc, which is also unenthusiastic about shareholder dialogue.

In late April, Fanuc President Yoshiharu Inaba received a phone call from the president of a machinery maker and user of its equipment, wishing to know the aim of Fanuc's decision to pass much greater benefits to shareholders. "It is for the sake of our long-term survival," Inaba replied.

Fanuc has an operating profit ratio of more than 40%. Shareholders have been taken lightly in the process of the company's growth. Fanuc is worst by a wide margin in analysts' corporate disclosure rankings.

Taking over Fanuc's helm from his father, Inaba has kept asking himself who the company's shareholders are. He eventually concluded that they are cooperative people who entrust their capital with a company for its growth.

Inaba met shareholder activist Daniel Loeb when the founder and CEO of Third Point of the U.S. visited Fanuc on April 13. After listening to Loeb, Inaba said, "As my mission is to have Fanuc survive for 100 years, I will use shareholders as a management resource."

Efforts by Keyence and Fanuc to promote shareholder dialogue will stimulate economic dynamism.