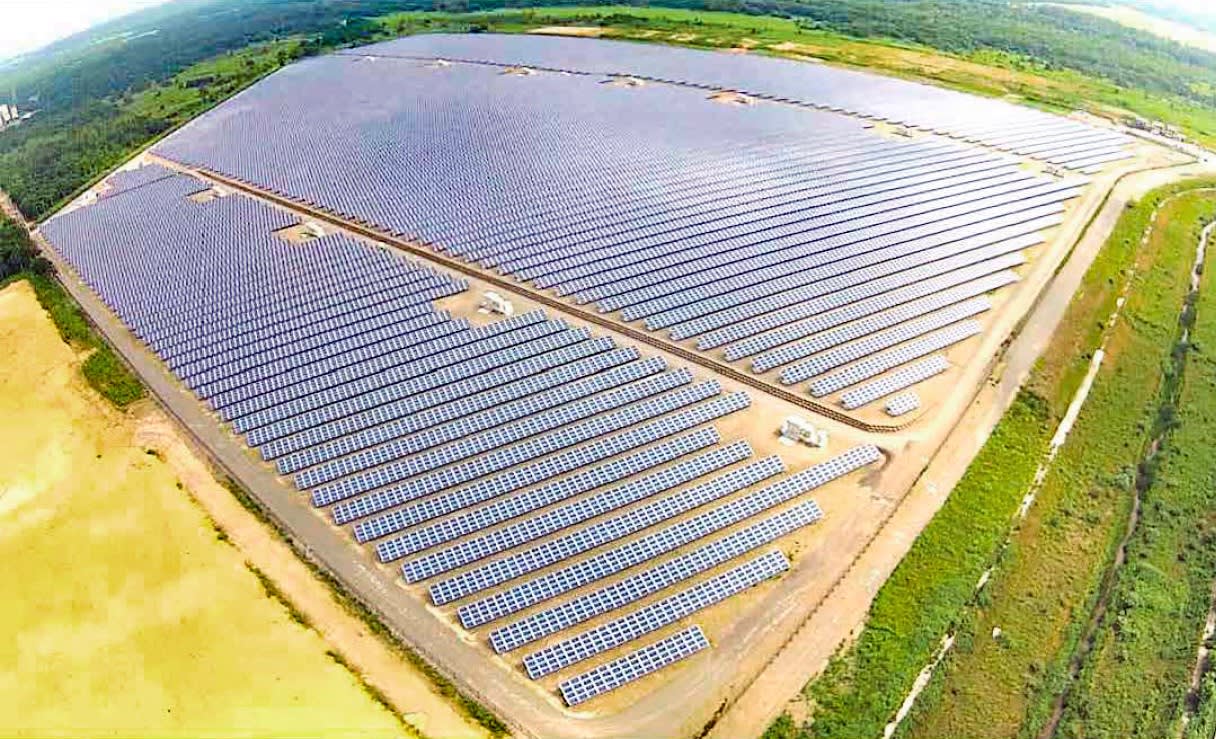 TOKYO -- Japan's crackdown on licensed solar power providers who never began operations could set back renewable energy development in the country and put more facilities in the hands of a few major players.

Like a number of its peers, Enblue was forced recently to scrap a pending megasolar project. The Tokyo-based energy consultancy and solar power operator had planned to buy for 100 million yen ($882,500) the necessary land in Gunma Prefecture and a license to sell power at a hefty 36 yen per kilowatt-hour from the owner of those sales rights.

But that licensee failed to reach a sales deal with the Tokyo Electric Power Co. Holdings unit that would distribute the power, and the license was revoked by the government. If Enblue cannot get 36 yen per kilowatt-hour, the project "makes no business sense," President Hiroyuki Miura said, citing the high costs of developing the mountainous terrain where the solar farm would stand.

Changes in April to legislation concerning Japan's feed-in tariff scheme, which lets renewable energy producers sell their power to local utilities at government-set prices, stripped power-sales licenses from as many as 460,000 entities that have not used those rights, the Ministry of Economy, Trade and Industry estimates.

This nullified some 28 million kilowatts of potential solar power generation -- enough to power 5.6 million households, or around 10% of Japan's total. The reform also slashed the set purchasing price for solar power to 21 yen per kilowatt-hour.

This mass revocation is Japan's way of cleaning up after a solar power bubble that sprung from the 2012 introduction of a feed-in tariff system for solar power. With the Fukushima nuclear power disaster still top of mind, clean energy was a hot topic back then. Solar facilities were seen as comparatively easy to build, and would receive 40 yen per kilowatt-hour to start -- among the highest such prices in the world and more than twice that offered in Germany. Seeing a chance for sizable returns compared with those offered by stocks or bonds, applications for licenses came flooding in, creating what some call the solar bubble.

Many licensees simply sat on their sales rights, putting off construction while waiting for the price of solar panels to fall, or they treated solar power operations as a mere sideline business. Some applicants intended to resell their licenses from the start.

Panel prices have dropped nearly 50% over the past five years, giving companies a welcoming environment in which to finally build -- or so it would seem. But just 40% of the approved projects are actually operating today.

Issues not directly associated with power production account for part of this gap. In regions such as the southern island of Kyushu where solar farms are widespread, the cost of connecting such facilities to the local grid has skyrocketed, "even equaling the cost of construction" in the case of a 200 million yen megasolar plant, one solar company said. Other areas mandate that farms include storage batteries, which help moderate the flow of electricity but drive up the necessary investment.

Utilities have shown ambivalence about renewable energy. Output from solar and wind farms varies widely based on weather, making it tougher to regulate overall power supply. Times of high production can put stress on transmission lines, while a lull requires fossil-fuel power plants to provide backup. Kyushu Electric Power and others even halted the addition of new renewables plants to the grid for a time in 2014.

Political factors also can slow clean energy's spread. Power users shoulder part of the cost of the feed-in tariff through an extra charge on their electricity bills, which comes to around 700 yen per month for the average household. A sharp increase in the number of megasolar farms could increase that charge, putting heat on the government.

Makers of solar farm components such as panels could be the first to feel the effects. Kyocera shut an assembly plant in Mie Prefecture this spring. Solar Frontier, a subsidiary of Showa Shell Sekiyu, cut panel output in Japan by 30% at the end of last year after an extended period of operating at full capacity. Panasonic's global panel production remains at roughly half of capacity after the electronics maker halted such work at a key Osaka Prefecture plant in February 2016.

For solar power companies, competition is growing more intense as barriers rise. Consolidation is likely the inevitable next step. Certain benefits of scale, such as maintenance expertise, are in high demand, and companies lacking them have begun disposing of their solar operations. SoftBank Group unit SB Energy "will step up acquisitions of preowned" solar facilities, said Hiroaki Fujii, the unit's executive deputy president.

The government aims to have renewable energy account for 22-24% of Japan's total electricity output by fiscal 2030, with solar alone accounting for 7%. Hitting that target requires adding 40 million kilowatts of capacity -- a feat made all the more difficult by the loss of 28 million potential kilowatts, or 3% of total power demand. Unless more facilities such as factories start generating power by themselves, prospects for a broad shift from fossil fuels to renewables appear dim.