Japan shipbuilders look to innovate their way out of slump 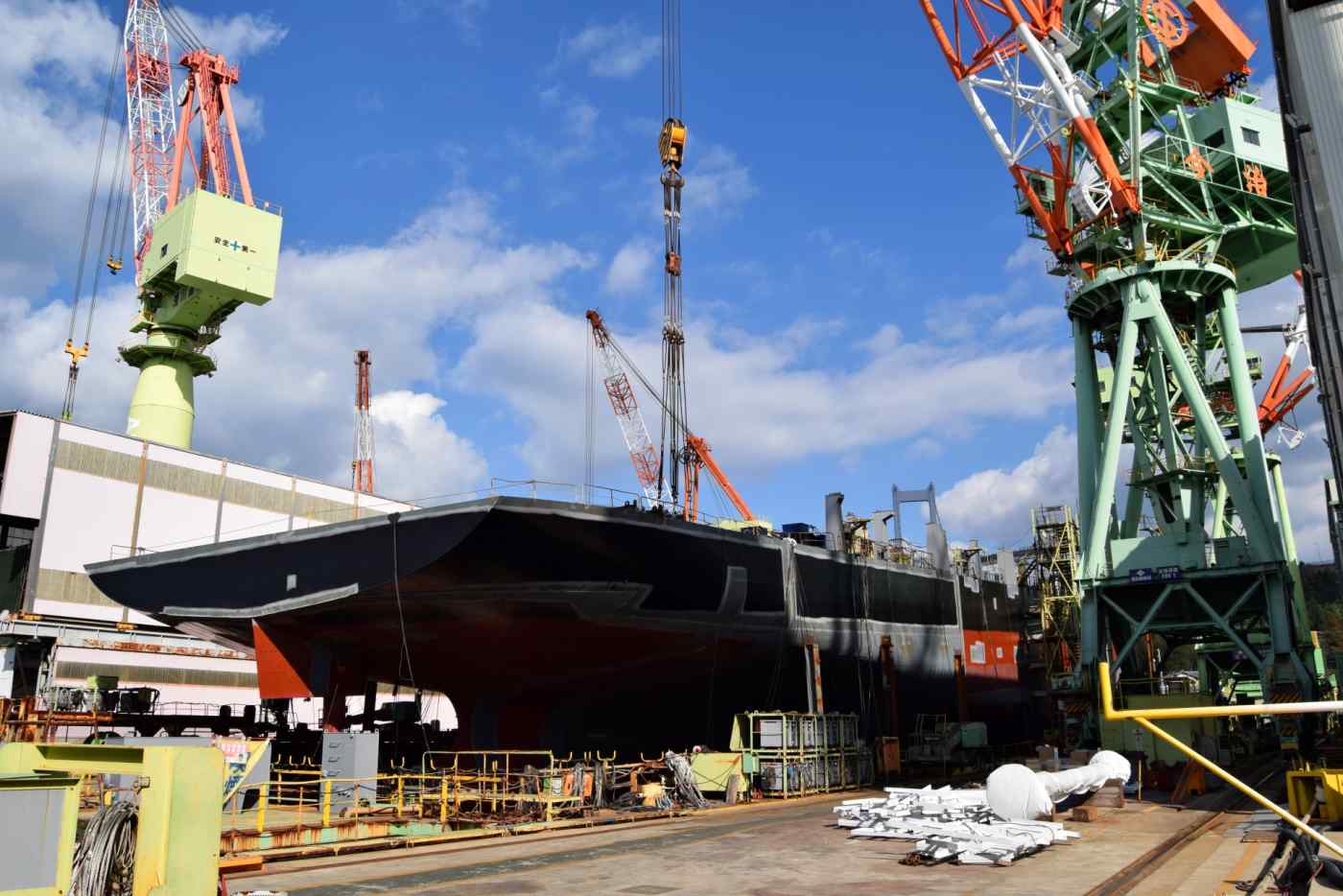 TOKYO -- Japanese shipbuilders including Mitsubishi Heavy Industries and domestic leader Imabari Shipbuilding are joining forces to develop self-navigation systems and other technology that could help them escape damaging price competition with Asian rivals.

A new organization toward this end will be established as early as summer, with the Tokyo-based National Maritime Research Institute to steer the project.

The self-navigation system would determine optimal routes by analyzing such factors as weather, wave height and other vessels' courses. Shipbuilders and marine transporters will share data to advance the development. Shortening routes and shipping times would help reduce fuel consumption and emissions.

The alliance will also work on compliance with shipping-industry environmental regulations coming in 2020, as well as energy efficiency. The use of liquefied natural gas as a fuel promises to cut emissions of sulfur oxides, while new hull designs and materials could improve fuel economy.

New evaluation criteria for fuel efficiency are also being devised to be more closely attuned to actual shipping times. This could give a competitive advantage to Japanese shipbuilders, which are strong in energy conservation technology.

Ship orders amounted to some 3.72 million gross tons in 2016, data from the Japan Ship Exporters' Association shows. Orders plunged to around one-sixth the level of 2015, which saw a rush of demand ahead of stiffer environmental rules. Price competition from South Korean and Chinese rivals has also exacerbated a downturn worse than the one the industry suffered after the global financial crisis of 2008.

Kawasaki Heavy plans to shut down one of two docks at the mainstay Sakaide works in Kagawa Prefecture. Domestic peer IHI has decided to end production at its Aichi works shipyard. Mitsubishi Heavy is tying up with Imabari and Namura Shipbuilding to reduce production costs.

In South Korea, whose shipbuilders lead the global market with a roughly 40% share, the government is leading efforts to right the industry's finances. The struggling Daewoo Shipbuilding & Marine Engineering has been thrown a lifeline of 6.7 trillion won ($5.91 billion).