When a non-Japanese manager is appointed to a top position at a large Japanese company, it is news and prompts speculation in the business press about whether Japan Inc. is finally opening up to outsiders. 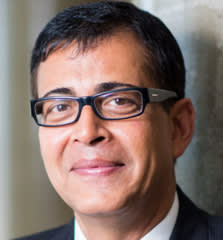 The most recent event was the naming of Issao Mizoguchi, a Brazilian of Japanese descent who has worked in Honda's South American operations for nearly 30 years, as the company's first foreign operating officer. Other recent events of this sort include the appointment of a number of senior foreign managers, including Takeda Pharmaceutical's announcement in November of its next president (Christophe Weber from France, who is to take office in June), and the naming of a foreign director (Mark Hogan from the U.S.) to Toyota Motor's board in March 2013. Other appointments that made the headlines were at Sony (Howard Stringer from the U.K.) and Nissan Motor (Carlos Ghosn, who is French-Lebanese-Brazilian). 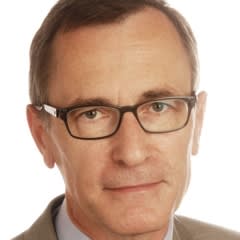 Sudden departures of foreign executives sometimes capture the imagination even more, as happened with two successive foreign CEOs at Nippon Sheet Glass in 2012 (Craig Naylor from the U.S.) and 2009 (Stuart Chambers from the U.K.), and with the dismissal of the CEO (Michael Woodford from the U.K.) at Olympus in 2011.

While individual events make for good gossip, data is required for more general insights into whether Japanese companies are indeed comparatively closed to foreign executive talent. We have been studying the topic of "imports" of senior executives at the world's largest companies (as they appear on the Fortune Global 500 list) since 2008.

Only two of the 62 Japanese companies (3%) had a foreign CEO in 2013 (the same number as in 2008): Ghosn at Nissan and Han Chang-woo at Maruhan (who admittedly entered Japan from South Korea in 1945 at the age of 14). Percentage-wise, Japanese companies score hardly better than companies in emerging markets (2%), and much worse than companies in North America (11%) and Western Europe (25%). The finding barely changes if we expand the analysis to cover a company's entire top management team.

The CEO export figure is equally telling. Our research indicates that none of the 438 non-Japanese companies on the Fortune Global 500 list has a Japanese CEO. Other non-English speaking countries, such as France (6 CEOs of foreign companies), Germany (4), Brazil (3) and Belgium (3), score much better.

The sparseness of foreign executives at Japanese companies may be because: Language and communication barriers are formidable; Japanese top managers form an impenetrable web of personal relationships established at elite universities; human resources practices are out of tune with global standards; executive pay is uncompetitive; the practice of rewarding seniority and loyalty turns off ambitious outsiders; and the need for avoidance of uncertainty exasperates managers bent on rapid change.

Poor performance in this area correlates with insularity in others. Japan's low CEO import ratio may be related to its rank of 137th out of the 139 countries in the Ghemawat-Altman Depth Index of Globalization on merchandise and services trade and on inbound foreign direct investment flows.

Whatever the reason for the rarity of foreign executives at Japanese companies, the important question is whether the policies, practices and values that underpin these outcomes are sustainable. There are several issues: Japan's shrinking population and even more rapidly shrinking workforce, a shift in demand to emerging economies that differ more from Japan than do advanced Western economies, and competition from faster-moving East Asian competitors. As more than two-thirds of CEOs already cite "lack of talent" as a key issue and there are continuing worries about the Galapagos Effect, the case for change seems, at least to us, to be clear.

Think of what your company must actually do differently if it is to tap into this avenue for renewal and change (with women representing, of course, the other big area of potential). Clearly, change still needs to be forced along. The real news about Mizoguchi's promotion at Honda is that it took this innovative, iconoclastic company -- which derives more than 80% of its revenues from outside Japan -- so long to make this move.

Pankaj Ghemawat, a former Harvard Business School professor, is professor of global strategy at IESE Business School of Spain. Herman Vantrappen is managing director of Akordeon, a strategic advisory firm based in Brussels.