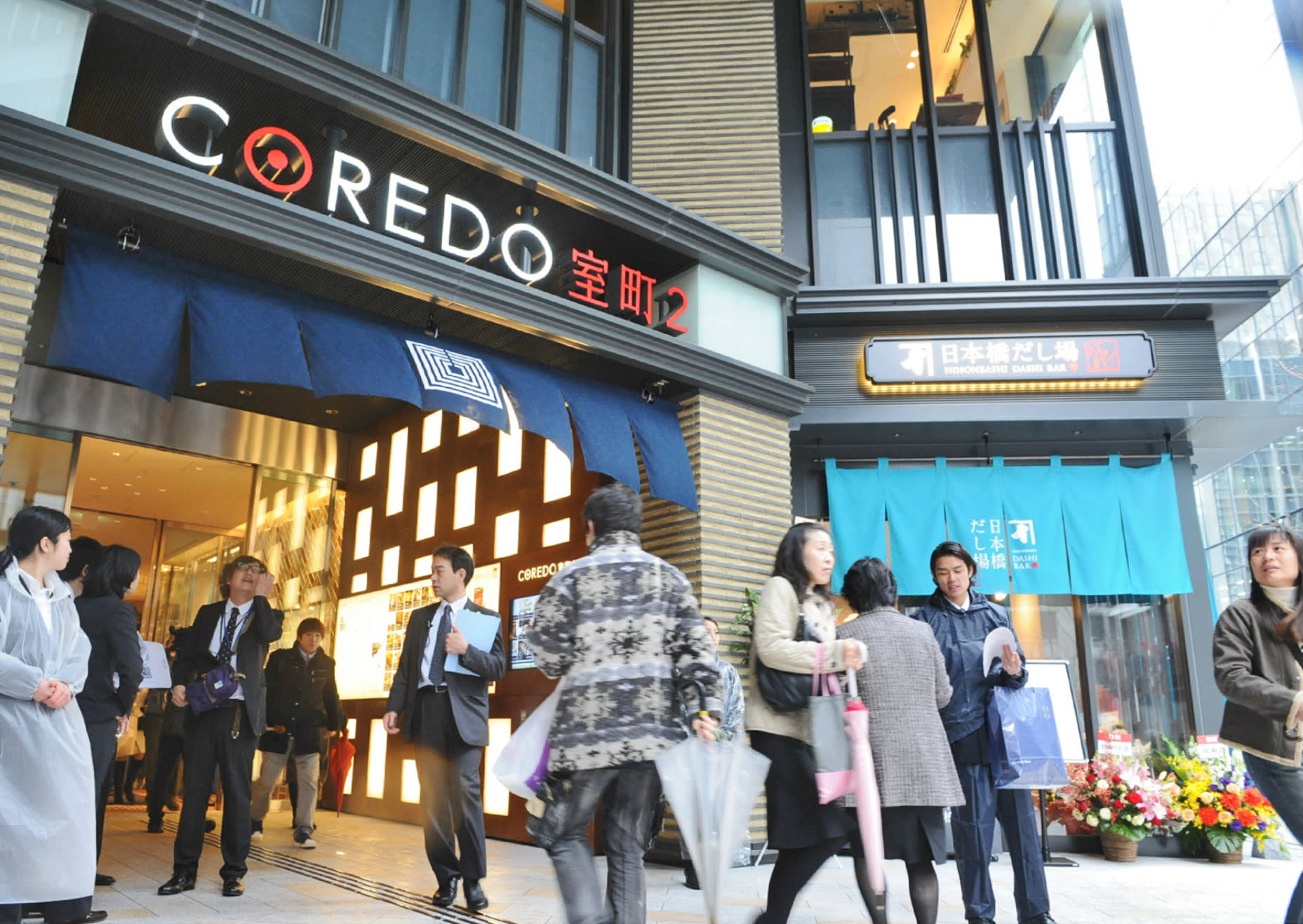 TOKYO -- Japanese businesses and municipalities are turning to anime to create buzz.

From Thursday through Sunday, the Association of Japanese Animations and other participants host the Tokyo Anime Award Festival 2014 in Nihonbashi district. The event is co-hosted by the Tokyo Metropolitan government. The festival will screen more than 30 domestic and foreign animated films, including works to be shown for the first time in Japan. Other events such as on-stage talks by film directors will also take place.

Nihonbashi is better known as a financial and shopping district. The event has been timed to coincide with the March 20 opening of a nine-screen cinema complex at Coredo Muromachi 2, where the festival is being held. Developed by real estate company Mitsui Fudosan, the commercial complex's Toho Cinemas Nihonbashi has a combined capacity of about 1,800 seats.

Something old, something new

It is rare for a film festival to focus purely on animation. Organizers hope the event becomes a highlight on the Tokyo cultural calendar.

Events at the festival include screenings of "Astro Boy" and "Black Jack" movies, and a panel session with "Mobile Suit Gundam" director Yoshiyuki Tomino. The goal of the festival organizers is to offer a variety of new and classic animation.

The third day will feature an award ceremony, which will be held at the Tokyo Big Sight convention center on Tokyo's waterfront. A jury will award a prize for Anime of the Year. Any animated film or TV series that has come out in the past year in Japan was eligable for nomination. Director Hayao Miyazaki's "The Wind Rises" is among the nominees.

The organizers aim for a turnout of about 10,000 people over the four days.

Film festivals can attract big crowds and huge revenue. Roppongi Hills serves as the main venue for the Tokyo International Film Festival, and Mitsubishi Research Institute estimates the economic benefits of the annual event at roughly 1 billion yen (about $10 million)

The Japanese animation market was estimated at 1.3393 trillion yen in 2011, according to industry data. The figure includes sales of anime-related goods. Given this scale of the market, a number of municipalities are using anime to try and revitalize their economies.

Nihonbashi is also banking on this animation festival to bring it good fortune. The commercial district is considered the birthplace of Japanese popular culture. In the mid-1800s, famous ukiyo-e woodblock printing artist Utagawa Kuniyoshi was born in Nihonbashi. He later produced a number of caricature paintings of personified cats, foxes and other animals. Back then, Nihonbashi was home to major ukiyo-e publishers, and a publishing center.

"Nihonbashi was once the place where popular culture flourished, so it is quite significant to hold this animation film festival here," said an Association of Japanese Animations official. "We want to send a message to the world from Nihonbashi that we are a global animation city."

Coredo Muromachi opened in 2010, but its customers tend to be older. "We hope to capture a broader age range of customers with the festival," said an official at Mitsui Fudosan.

Some municipalities hope that their affiliations with anime can attract die-hard fans. Inagi City in western Tokyo plans to create large models of Mobile Suit Gundam characters. The designer of the hugely popular robot anime, Kunio Okawara resides in the city. The city government is set to work on the project in fiscal 2014, which begins in April.

Meanwhile, the eastern Tokyo ward of Katsushika is pitching itself as the city of "Captain Tsubasa" -- a comic book series about soccer players that was later animated for TV. Yoichi Takahashi, the author of the comic, is from the ward. The city government last spring erected a statue of the cartoon's protagonist, Tsubasa, and has since attracted a number of fans, even from overseas.

Kuki city's Washinomiya Shrine, in Saitama Prefecture, north of Tokyo, has also attracted anime fans. The Shinto shrine is featured in a TV animation series about everyday life of ordinary high-school girls, called "Lucky Star." The shrine used to have some 90,000 visitors during New Year holidays. The number leapt to about 470,000 in 2013 after the TV series was broadcast.