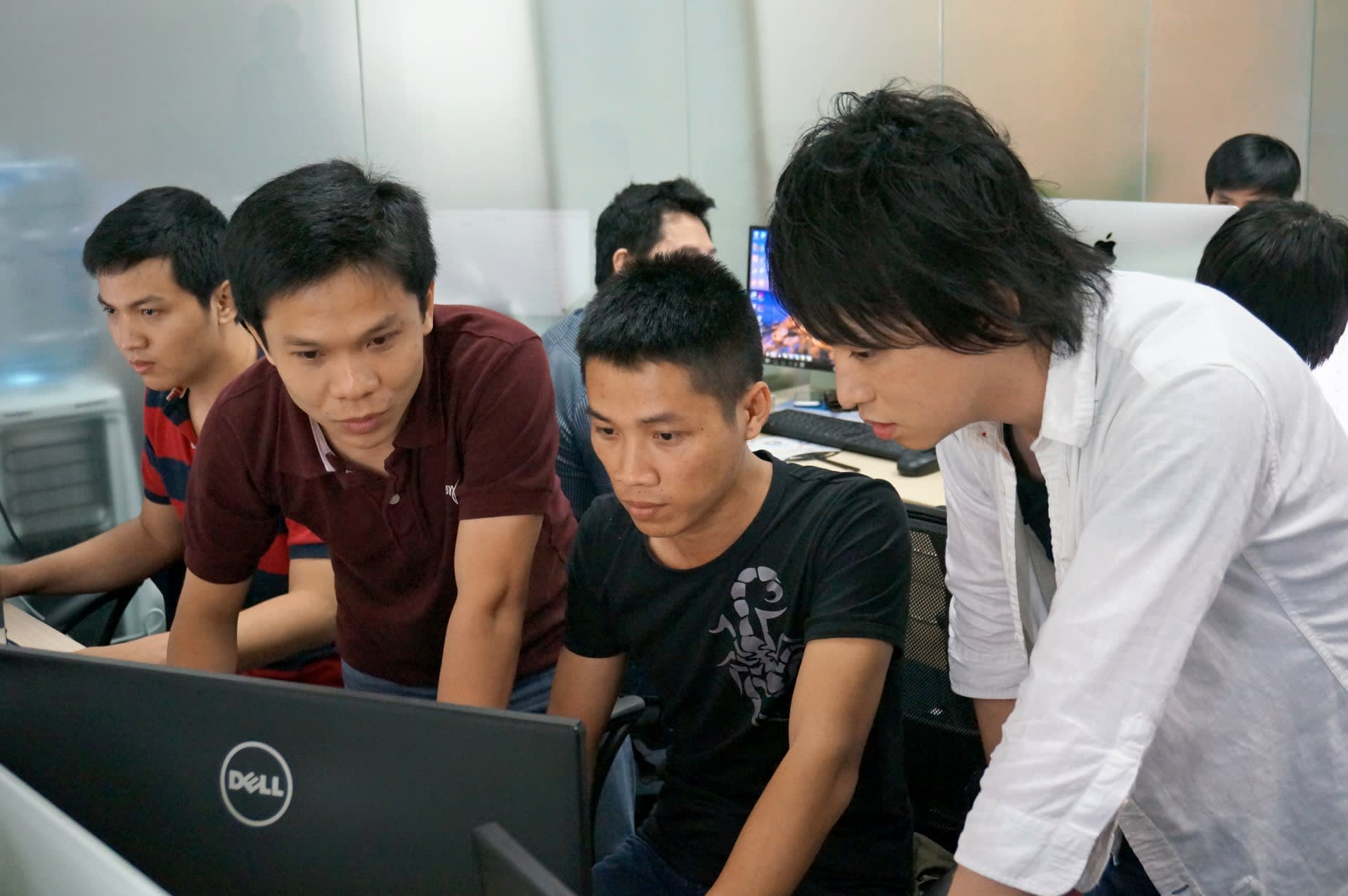 TOKYO -- Japanese companies are increasingly viewing Vietnam as the place for software development. The Southeast Asian country offers low costs as well as a pool of skilled engineers, making it an attractive alternative to Japan and China.

Corporate Japan outsources relatively little software development to emerging countries. By one estimate, the value of such dealings comes to about 100 billion yen ($954 million), equivalent to less than 1% of the domestic information technology market.

In contrast, industry watchers say U.S. and European IT companies contract out 10% of their software development to rising nations. One way to look at the difference: Japan has room to increase its outsourcing at least tenfold.

Vietnam could get quite a bit of that business. The cost of hiring IT engineers there is 30% to 60% lower than in Japan, factoring in productivity. The expense is also 30% to 40% less than in China.

As in China, labor costs in Vietnam are bound to rise eventually. Nevertheless, companies that have already shifted software operations to the Southeast Asian nation attest to the strength of its human resources.

N.S. Computer Service, a Niigata-based IT subsidiary of automobile dashboard instrument maker Nippon Seiki, embeds software in its devices and outsources testing to Vietnam. Because the company revises product specifications until the last minute before starting mass production, it needed to minimize testing time. To expedite the process, it created a development center in Vietnam with a staff of 30.

Similarly, Nissen Holdings, a Kyoto-based operator of shopping websites, has a total of 52 IT engineers in Hanoi and Da Nang. These individuals handle nearly half of the development and maintenance of Nissen's sites. The company assigned the operations to Vietnam in hopes of recouping IT investments more quickly. Not only has it recovered those outlays within two years, it has found the Vietnamese team to be adept at responding to new needs.

Meanwhile, Tokyo-based office supplies company King Jim has decided to move part of its smartphone application development to Vietnam. King Jim is looking to shift development of Shot Note, an app for recording hand-written memos, after its Japanese contract developer decided to withdraw from the commissioned software business.

King Jim outsourced some app-related efforts to Vietnam two years ago, including development of so-called frame recognition technology for correcting the form of text shot with smartphone cameras. The company is satisfied with the work the Vietnamese engineers are doing. "We may not bring it back to Japan," said Shin Endo, assistant manager of King Jim's R&D department.

With Japan's IT industry facing a labor shortage at home, Vietnam could provide much-needed personnel. The language barrier can be an issue, though.

Companies that contract out work to Vietnam normally require interpreters -- often called communicators or bridge system engineers. These people are well-versed in not only Japanese and Vietnamese but also IT lingo. In most cases, Vietnamese IT companies provide the go-betweens.

Recruit handles this by bringing Vietnamese engineers to Japan to get familiar with software development projects, and having Japanese engineers accompany them to Vietnam. This offers both sides a chance for more direct communication about specs and helps to ensure quality control.