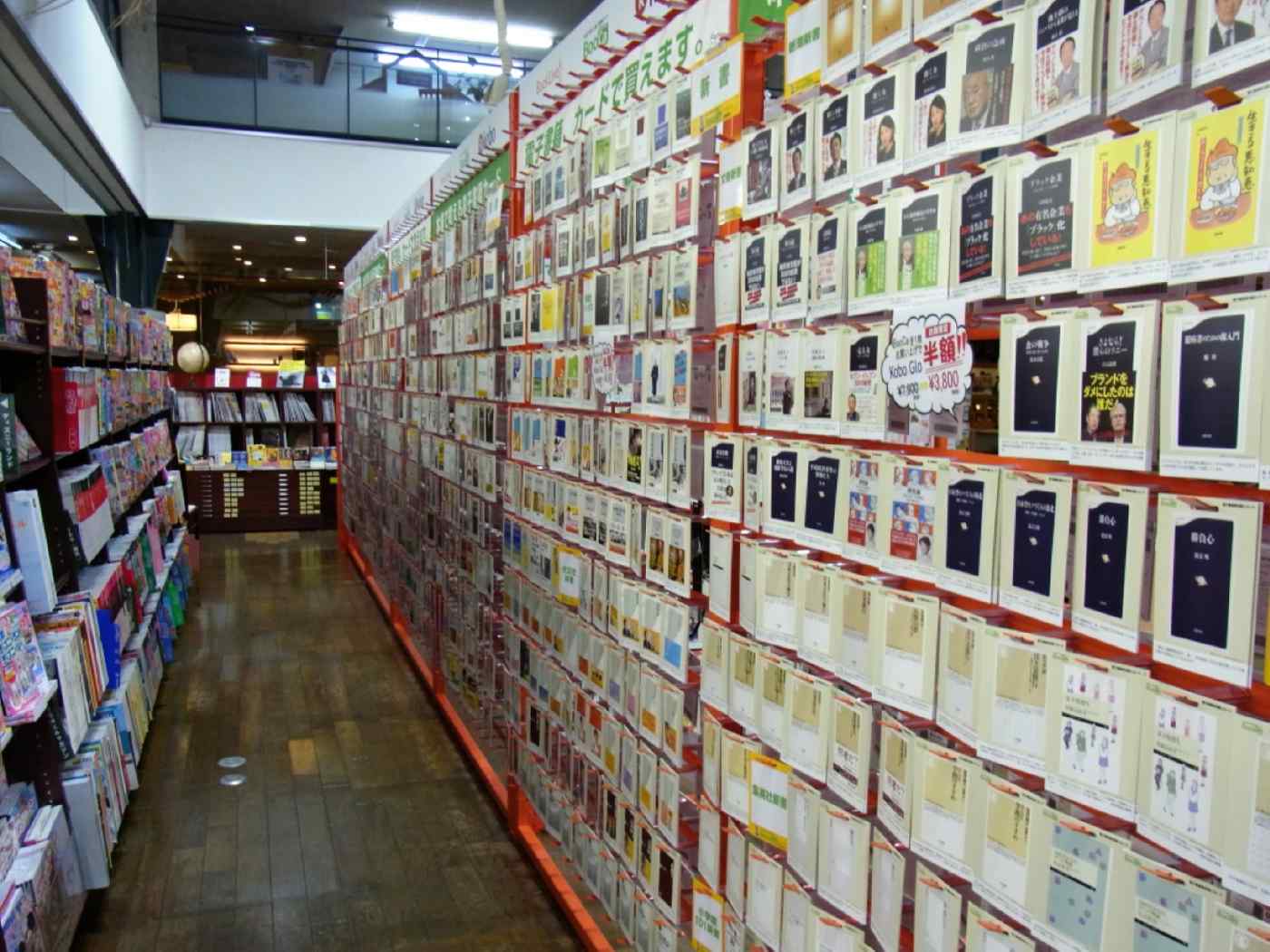 TOKYO -- A number of Japanese store operators and publishing houses will join hands to sell e-books in bookstores, aiming to spur demand and compete with Amazon Japan.

More than 100 companies are expected to eventually participate. Among the initial players will be four store operators, including Sanseido Bookstore and Yurindo, as well as such e-book sellers as Rakuten and Toppan Printing subsidiary BookLive. A little over 30 publishers will be involved, including Kodansha, Shogakukan and Kadokawa. Leading regional bookstores and other e-book sellers will join up soon. The service will launch in March.

The service has been dubbed BooCa. Participating bookstores display book-shaped cards in a special section. Customers make their selections, bring the cards to the register and pay for them, after which electronic copies can be downloaded to smartphones or other devices. The lineup will start off at around 10,000 books, but this is set to grow to 100,000 soon.

The companies involved see a need for such an arrangement. When buying e-books online, entering the required data and going through the rest of the process takes time, which has hindered their adoption. Older customers in particular would feel more secure paying cash at bookstores.

Kinokuniya and other individual booksellers have sold e-books at their stores, but the BooCa service is a joint effort, which should boost sales. In past instances when booksellers ended their e-book services, customers lost access to their purchases. Books bought through BooCa can be accessed via other e-book sellers as well, making it more convenient for users.

The companies involved in BooCa will also consider enabling customers to buy an electronic edition of a book by taking a picture of a physical copy with a smartphone.

As Japan's publishing market shrinks, its e-book market continues to grow, reaching roughly 100 billion yen ($833 million) in 2014. But this still accounts for less than 10% of the publishing market, and comics represent more than 80% of e-book sales. The trend does not seem to have sufficiently reached novel-readers and other such book lovers. Imitating the experience of buying physical books for customers unaccustomed to smartphones and e-books will help spur demand, according to the BooCa companies.

Amazon Japan apparently holds more than half of Japan's e-book market through its Kindle service. Combined with its normal online book sales, this makes its growth a threat to booksellers. BooCa will serve to support bookstores, a key sales channel for the publishing houses.