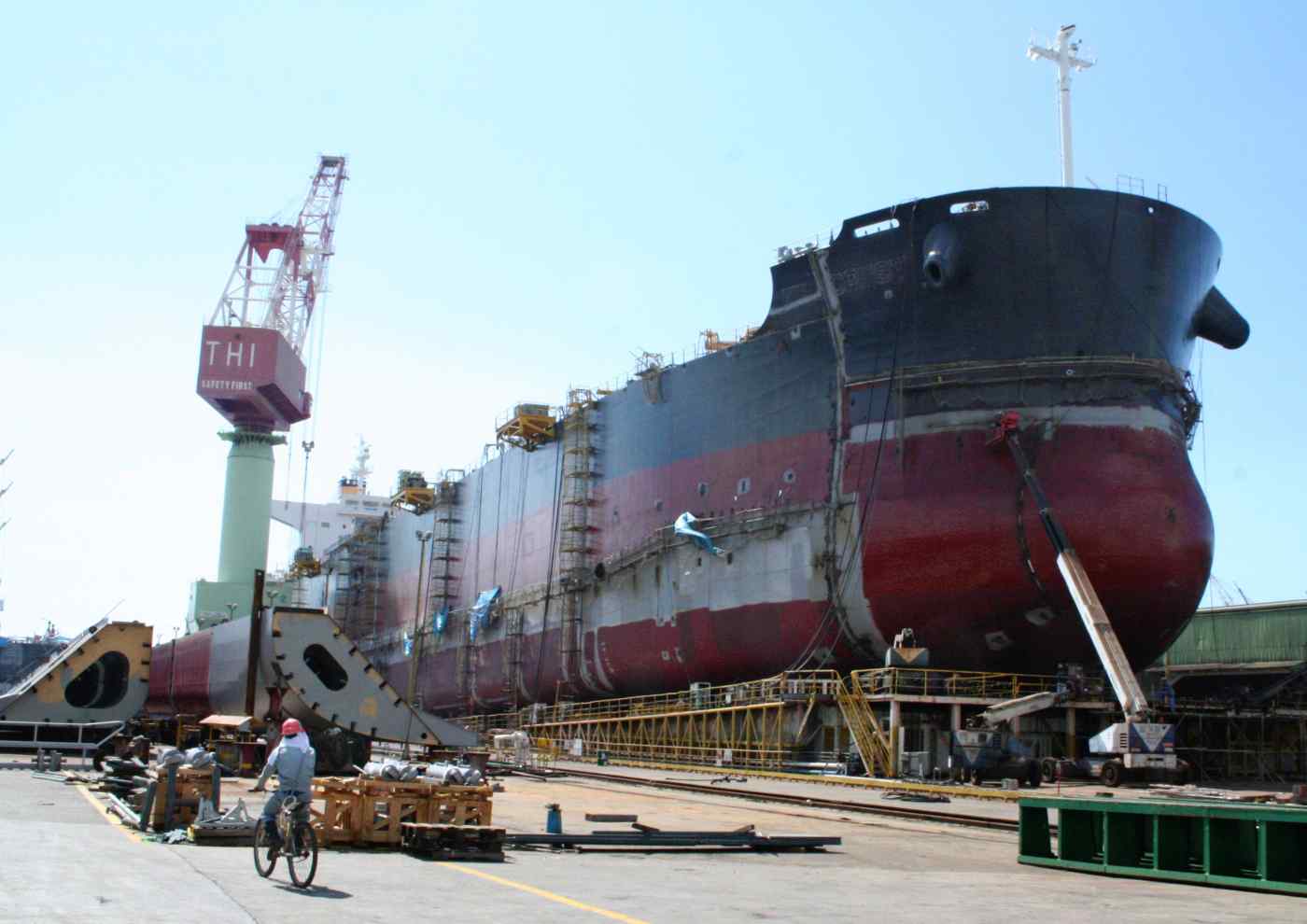 MANILA -- The Philippines has long provided the Western world with highly skilled and motivated workers, especially in such fields as nursing, domestic help and back-office services. Now, Japanese companies are tapping into the potential of Filipino engineers and technicians.

A growing number of Japanese manufacturers are setting up "mother factories" in the Philippines and dispatching Filipino engineers to work as leaders in other parts of the world. Mother factories are responsible for product design and for standardizing production specifications and conditions.

Philippine-based Tsuneishi Heavy Industries, a subsidiary of Tsuneishi Holdings in Fukuyama, Hiroshima Prefecture, has been working to pass its expertise and skills on to Filipino workers. Tsuneishi Shipbuilding Chief Director Kenji Kawano said the aim is to develop THI into one of the world's mother factories.

Since its establishment in 1994, THI has been steadily expanding its factory on the island of Cebu, where it builds bulk container ships and other vessels of 30,000 to 180,000 gross tons. The number of workers has grown apace, recently reaching 13,000.

Orders are up thanks to a rebound in global demand, and the company aims to increase the number of ships it builds each year by 50% to 30 by 2018. THI exerts a significant influence over the region's economy, including its job market.

THI sends Filipino hires to Tsuneishi Shipbuilding, a core company of Tsuneishi group, in Fukuyama, for training in Japanese craftsmanship. Kawano said the company's goal is to dispatch engineers from Cebu as instructors in Tsuneishi factories around the world.

Upon completion of the two-year program in automobile maintenance and repair, the 600 members of the inaugural class will be eligible to land jobs as mechanics at Toyota-certified car dealers anywhere in the world. English-speaking Filipino mechanics have been often headhunted by dealers abroad.

In 2013, Nippon Yusen increased the number of new-student slots at NYK-TDG Maritime Academy Opens, near Manila, by 50% to 180 as part of efforts to recruit and develop more human resources.

The Japanese shipping company sets great store by its Filipino sailors. Already 70% of NYK's crew members are Filipino, the first Filipino to be appointed captain of a liquefied natural gas tanker. Captaining an LNG tanker requires a high-level of knowledge and specialized skills.

Filipino engineers also pay a key role in designing and operating plants. Japanese plant builder JGC and Chiyoda, an integrated contractor for the hydrocarbon and chemical industries, have each established a base in Manila. U.S.-based engineering construction company Fluor Daniel employs several thousand Filipinos to design plants in the Middle East and Australia.

For Japanese companies, one of the benefits of establishing mother factories in the Philippines is the nation's English proficiency, as it provides a common language for explaining technology. The large workforce is another attraction. The country's population has already topped the 100 million mark and the average age is just 23 years old. The International Monetary Fund estimates that the country's population will reach 109 million by 2019.

Unlike Western rivals, Japanese makers have tended to focus on other Asian nations, such as Thailand and Indonesia, where there are already many subcontractors. With more and more Western businesses outsourcing call-center work and other back-office services to the Philippines, however, such operations are now spilling over to the islands of Mindanao and Panay, where labor costs are cheaper than elsewhere in the country.