Japanese consumers will be paying for Fukushima for decades 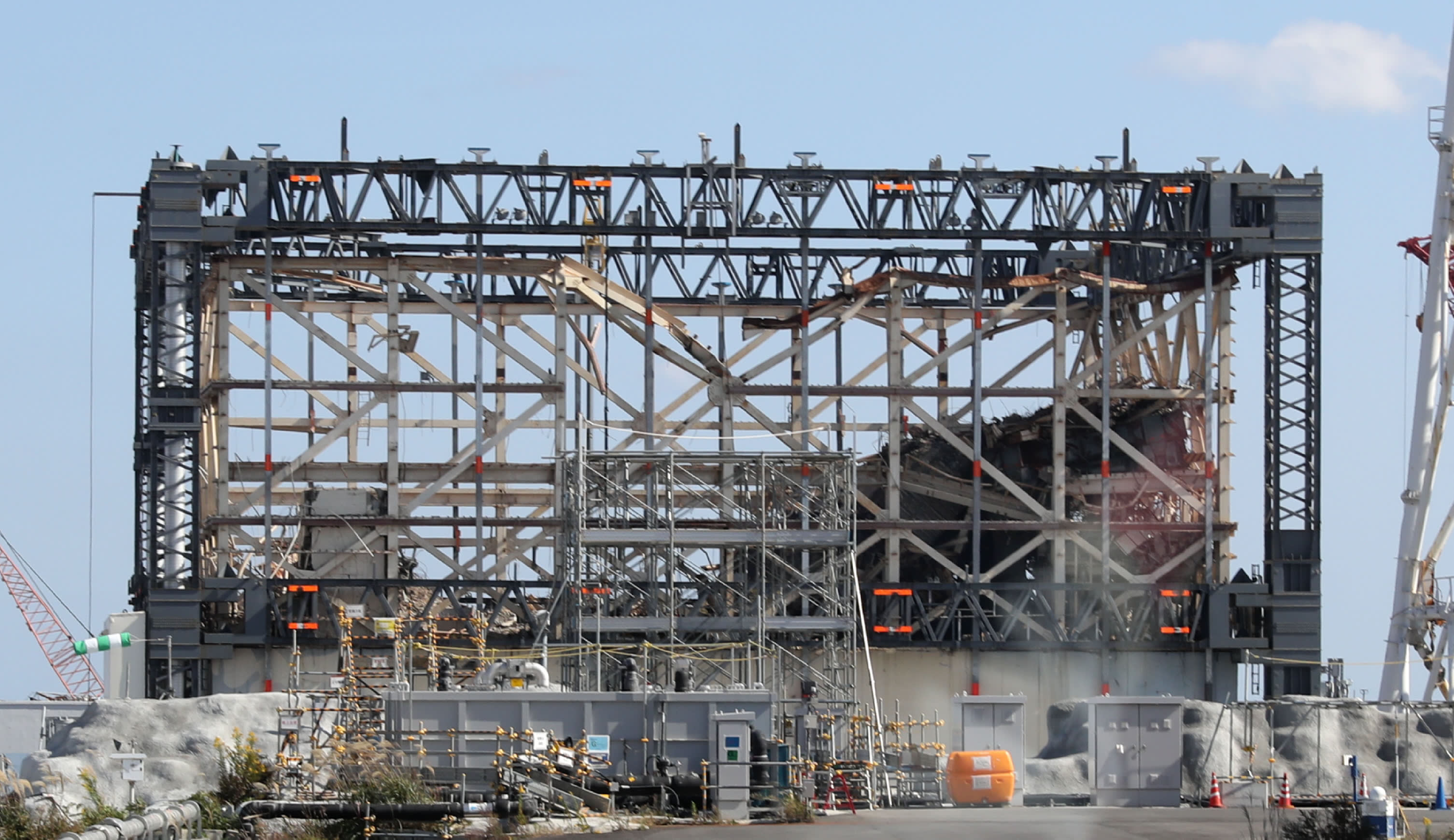 One of the crippled reactor buildings at the Fukushima Daiichi nuclear plant.
December 10, 2016 07:17 JST | Japan
CopyCopied

TOKYO -- The Japanese government on Friday roughly doubled its estimate of the total cost of decommissioning the Fukushima Daiichi nuclear plant and compensating victims of the 2011 meltdowns, meaning that consumers could be paying more for electricity for a longer period of time.

The Ministry of Economy, Trade and Industry revealed the new 21.5 trillion yen ($186 billion) figure, double the outlook from 2013, through meetings with experts and the ruling Liberal Democratic Party. "We don't think it will increase further for some time, but it's possible depending on any changes to the situation," METI chief Hiroshige Seko told reporters.

There are concerns about whether the new 8 trillion yen budget for decommissioning the plant will be enough. Experts in Japan and abroad calculated the figure based on the Three Mile Island accident in the U.S. in 1979. But it could surge if the process to remove the melted nuclear fuel, to begin in the early 2020s, proves more difficult than expected.

The increased bill means that the public will be saddled with the costs for a longer period of time. The government had shouldered the compensation to Fukushima victims, previously estimated at 5.4 trillion yen, which plant operator Tokyo Electric Power Co. Holdings and other major utilities with nuclear reactors together were repaying at a pace of about 230 billion yen a year. Households and businesses were only supposed to pay more for electricity for the roughly 20 years it would have taken to pay back the amount in full.

The government now expects to need another 2.5 trillion yen for compensation. Most of that will be financed through a surcharge for the usage of power transmission lines between 2020 and 2059. Because all power providers use the lines, consumers on average will pay 18 yen more each month, regardless of who sells the electricity.

The industry ministry argues that utilities should have been putting aside money in case of an accident even before 2011. In order to make up for that shortfall, it decided it would require newcomers who began selling electricity after the deregulation of the market to shoulder some of the costs.

Tepco alone will pay for decommissioning the Fukushima plant over the course of about 30 years. Normally, a utility is required to charge less for the use of power lines if it logs strong profits in that business. The government will grant an exception to Tepco so it can instead put extra profits toward decommissioning.

The surcharge will apply not only to Tepco's retail customers but also to new power providers that use Tepco lines, meaning electricity prices will likely remain high across the Tokyo region.

The estimated cost for storage facilities of tainted soil, paid for by taxes, also rose from 1.1 trillion yen to 1.6 trillion yen. The ministry had planned to allocate 35 billion yen a year for 30 years for the purpose, but the timeline will likely have to be extended.

Experts at a Friday meeting were critical of the growing costs. "The public has not provided its consent," said Minako Oishi of the Nippon Association of Consumer Specialists. Others pointed out that Tepco is effectively imposing higher rates on its customers with the new exemption on its profits. Utilities must provide some information to customers on where all the extra charges are going.