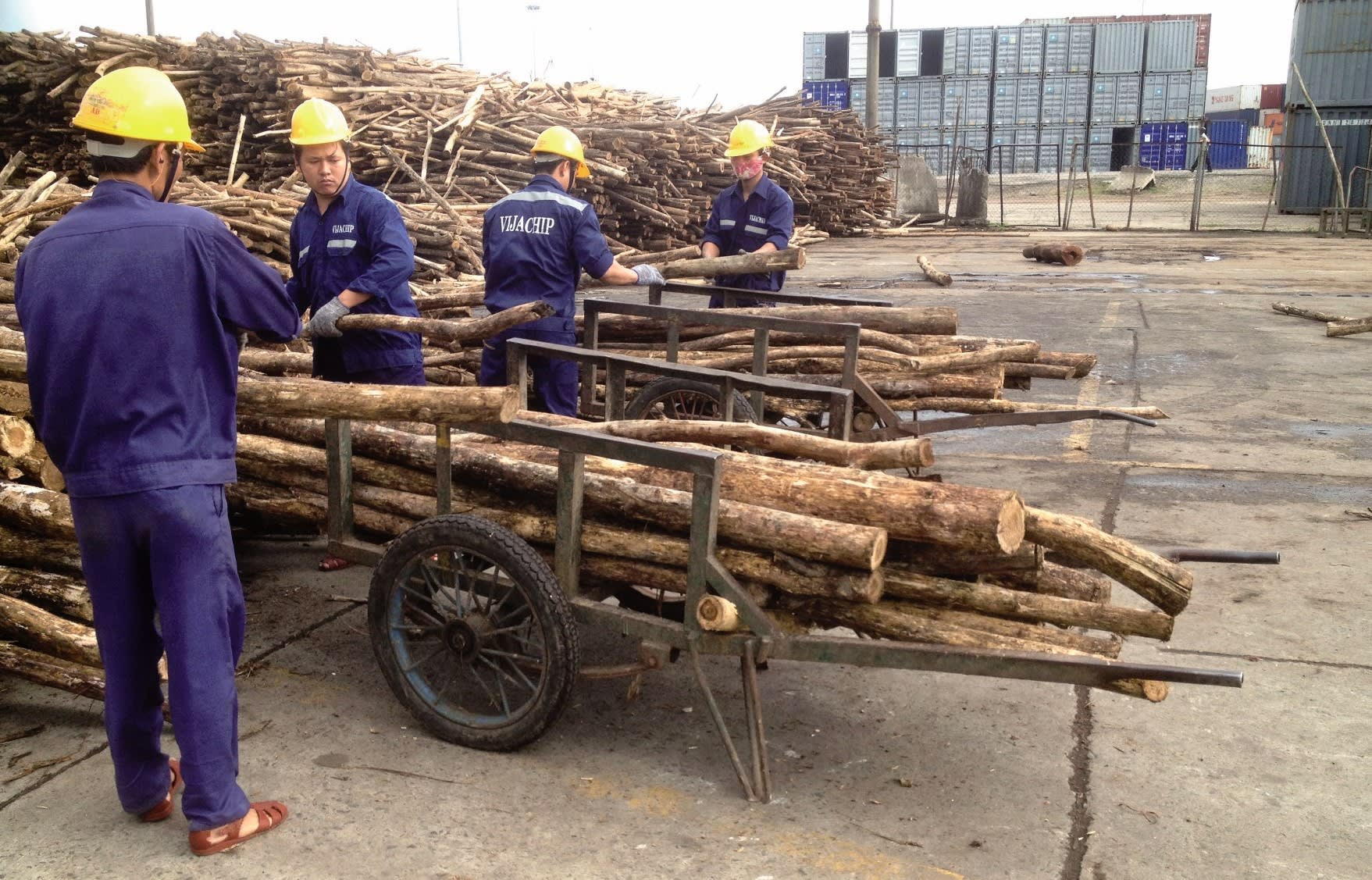 TOKYO -- Japan's general trading companies are expanding supplies of fuel for biomass power plants to meet an expected surge in demand from facilities set to start up in 2017 and 2018, a development encouraged by the country's feed-in-tariff system.

Sojitz will begin production as early as 2018 of fuel made from woody biomass in Vietnam in partnership with state-run Vietnam Forest, also known as Vinafor. The duo agreed this month to conduct a feasibility study and aim to spend a year hammering out specific plans.

Sojitz and Vinafor jointly run four production bases for papermaking materials in Vietnam. At these sites, they plan to build facilities that use bark and other leftover plant matter to produce fuel. Sojitz is targeting annual shipments of 1 million tons of fuel to Japan in the medium to long term -- enough to power a 200,000kW plant for a year.

Itochu aims to boost annual imports of fuel pellets made from such biomass as coconut shells and wood chips from around 120,000 tons in fiscal 2015 to 1.2 million tons in fiscal 2019. It is holding talks with biomass power plant operators and has reached sales agreements with some.

The trading house buys biomass from coconut shell sellers in Indonesia and Malaysia, as well as from pellet manufacturers in China and Vietnam. Itochu plans to add suppliers to the list and is considering setting up a plant of its own.

Sumitomo Corp. will start importing fuel containing bagasse -- the material left over after juice has been extracted from sugarcane -- as soon as 2020. The trading house holds a 20% stake in a Brazilian biomass fuel maker. It plans to help lift the producer's capacity from roughly 180,000 tons a year to 2 million tons by 2025, with about 20% of the output to be shipped to Japan.

Sumitomo now imports biomass fuel from Canada and is diversifying its supply chain in anticipation of stronger demand.

Specialized and general trading houses including Mitsubishi Corp. and Mitsui & Co. have dealt in biomass fuel, and Nippon Paper Industries plans to make it in Thailand starting next spring. But none of these companies has produced or imported more than 1 million tons a year.

The Ministry of Economy, Trade and Industry aims to have biomass power account for about 4% of Japan's total in fiscal 2030. Its feed-in-tariff framework for this fiscal year offers 24 yen (23 cents) per kilowatt-hour for electricity generated from such woody biomass as chaff and imported materials -- the same price as for energy from large solar installations. But with the solar power tariff expected to decline, the biomass price is expected to look generous in comparison.