Jeffrey Pfeffer: Do it, Japan Inc.: go against the most fundamental of human tendencies

The Wikipedia entry for Elon Musk, CEO of the $26 billion electric car company Tesla Motors, says it all: "Elon R. Musk is a South African-born Canadian-American business magnate, inventor and investor." Musk, like Sergey Brin, co-founder of Google; Andrew Grove, co-founder and retired CEO of Intel; Winston Chen, who built Solectron into a large contract manufacturer before its acquisition by Flextronics; and scores of others illustrate precisely what is required to succeed in an increasingly globalized world: an eagerness to embrace talent regardless of its origins or accents, or, for that matter, gender, as the career of Sheryl Sandberg, chief operating officer of Facebook demonstrates. 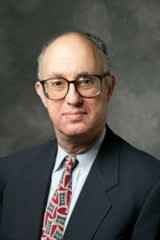 Japanese society and Japanese companies have typically not comfortably assimilated foreigners, something that bodes ill for the future. That is because the ability to attract talent from all over the world, as Toronto professor Richard Florida argues in his book, "The Flight of the Creative Class," is critical to competing successfully in a modern economy in which creative work is increasingly important. For instance, a study of all engineering and technology companies established in the United States between 1995 and 2005 found that there was at least one key immigrant on the founding team for more than one-quarter of these start-ups, which by 2005 had generated some 450,000 jobs and more than $52 billion in revenue. The secret to America's innovation and the critical component of the success of companies all over the world has been to win the war for talent by attracting people with ideas and skills from wherever they can be found. Studies of creativity and decision-making reinforce what the data on entrepreneurship demonstrate: People who are different in their social backgrounds, education, and perspectives collectively make better decisions and also are more innovative. That is because combining different perspectives and discrepant information leads to more nuanced and sophisticated judgments.

Embracing diversity is psychologically difficult. Human beings are hard-wired to prefer those who are similar to us. Social psychological studies show that people are more willing to offer assistance to others with whom they share even incidental, trivial similarities such as birth dates or initials. Other research shows that one of the more effective ways to influence another is to mimic that individual's speech patterns and body language, because we like those who remind us of ourselves. And yet other data suggest that we value more highly anything that we own simply because it is ours -- a phenomenon called the endowment effect. So asking companies to hire and promote diverse others goes against some of the most fundamental human tendencies. Moreover, favoring those who are similar may have a basis in evolution, in that helping those more like us tends to ensure our own genetic material is more likely to survive.

But business is simply too competitive today for successful companies to foreclose using any source of talent or ideas. So when Hyundai, the Korean carmaker, decided to make a significant push to expand both its sales and its brand equity in the American automotive market, the company hired an American, John Krafcik, in 2008 to be CEO of Hyundai Motor America. In 2013, Krafcik was named Automotive Executive of the Year from DNV Business Assurance for his leadership in growing Hyundai's business.

Similarly, it was an Argentinian, Sergio Nacach, who grew Kimberly-Clark's business in the Andean region in South America (five countries that do not include Argentina), doubling sales and tripling profits in only four years. Now Nacach is in charge of the American company's Latin American operations, a $4 billion paper products business whose biggest market is Brazil, where he is in the process of replicating success on an even larger scale.

Global companies require global workforces. The best way to ensure that hiring and promotion decisions do not unduly reflect the bias toward similarity is to make such decisions as objective and quantitative as possible. Newly emerging techniques relying on data analytics to evaluate people's skills and personalities render this suggestion increasingly feasible.

Another recommendation would be to evaluate and reward senior leaders on their ability to attract, retain, and develop talent on a global basis -- set goals for globalizing the talent pool just as a company would for any other important business objective.

And third, companies need to be welcoming to people from diverse backgrounds. That entails ensuring communications occur in a language that many people can write and speak. Many multinationals based in numerous countries are wrestling with establishing a common basis for communication, but this is a task worth undertaking regardless of apparent difficulty.

Globalization continues apace, as companies of all sizes and ages increasingly source and sell all over the world.  Succeeding in global markets requires a global workforce. The sooner Japanese companies embrace this vision, the better off they will be.

Jeffrey Pfeffer is the Thomas D. Dee II Professor of Organizational Behavior at the Graduate School of Business, Stanford University.