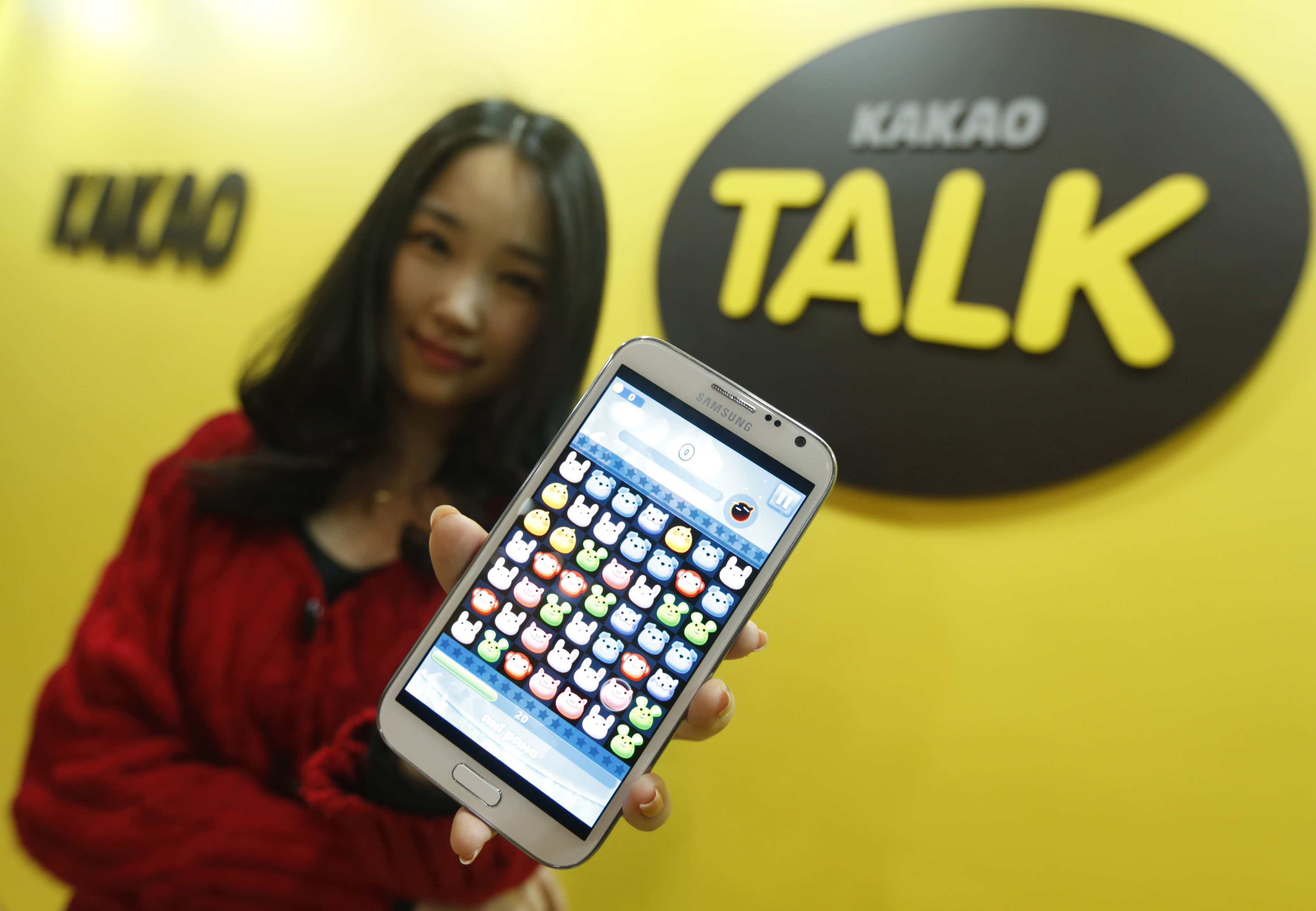 SEOUL -- Kakao is in talks with Volkswagen to sell the German automaker's cars through a smartphone app, the South Korean internet company said on Tuesday.

Users of Kakao Mobility, a subsidiary of Kakao that already provides ride-hailing services, would be able to buy Volkswagen vehicles later this year by also making use of an online payment service. One of their options will be KakaoPay.

"We are discussing with Volkswagen various ways to cooperate, including in auto sales," said Seo Ri-an, a Kakao spokesman. "But, our discussions are not complete yet."

The announcement comes with Kakao, known for its popular KakaoTalk chat app and its Daum search engine, recently having opened an internet bank. KakaoBank has attracted 3.7 million customers, collected 1.9 trillion won ($1.68 billion) worth of deposits and loaned out 1.4 trillion won since opening in late July. Convenience and competitive interest rates have been big factors.

Market watchers say a deal with Volkswagen would help the German automaker expand its sales channels in the country. South Korean sales of VW cars were suspended in November 2015, after dieselgate began making headlines around the world two months earlier.

When Volkswagen was caught cheating on emissions data, South Korea's government imposed 14.1 billion won of fines on the automaker and ordered it to recall 126,000 vehicles. The recall affected 15 models, including the Golf sedan and Tiguan SUV.

The company resumed sales in South Korea last month. It sold no cars.

Representatives at Volkswagen Korea were not available for comment.

Analysts say Kakao will continue to grow thanks to the advertising revenue generated by Daum as well as to profits from all the new businesses it is moving into.

Kim Han-kyung, an analyst at IBK Securities, said Kakao is succeeding in making its platforms part of South Koreans' daily lives, reaching them with advertising, games, financial and other services, both online and off. "Kakao's brand power," Kim said, "was proved by KakaoBank becoming such a big hit so soon."

Kim said Kakao is positioned for even more ad revenue growth, which he sees increasing 11% this year and 18% in 2018.