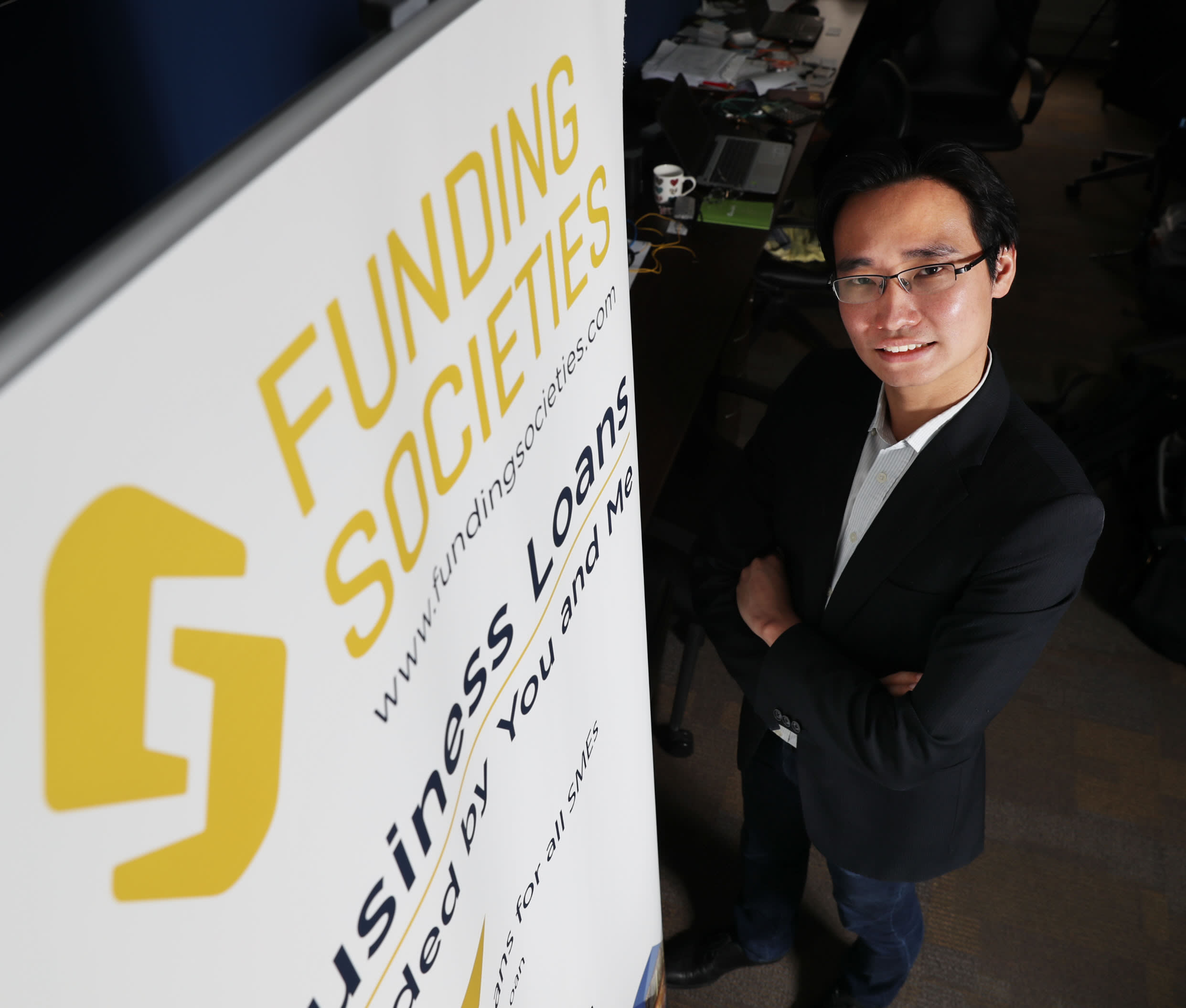 SINGAPORE In January last year, Riza Fansuri was in a quandary. The 37-year-old, who runs a small food supplier in a Jakarta suburb, wanted to develop new products, but that would take money. He tried applying for loans at banks, but they all turned him down because he could not provide sufficient collateral.

Desperate for help, he turned to a website for peer-to-peer lending, a method of debt financing that allows individuals to lend and borrow money directly from each other online instead of borrowing from banks. Half in doubt, he applied for a loan, and a week later, he managed to secure the 100 million rupiah ($7,485) needed to carry out his plan. His company successfully created two new products -- instant ice cream and pudding mixes -- that now account for 40% of its sales.

The website Fansuri used is run by Funding Societies, a fintech startup that operates in Indonesia, Singapore and soon in Malaysia. The company was founded by Kelvin Teo, a graduate from Harvard Business School, and Reynold Wijaya, an Indonesian classmate from the school. In less than two years, the company has arranged more than 360 loans worth a total of $19 million.

DRIVEN TO SUCCEED Teo was born in a small town in the southern state of Johor, Malaysia, to ethnic Chinese parents. His father worked at a plantation company and his mother was a high school teacher. He recalled the unforgettable experience he had taking the national exam in grade six: Classmates of other races who had scored only half as well as he did received numerous offers of scholarships, while Teo received none.

Malaysia's bumiputra, or "indigenous residents," policy gives the Malay majority preferential treatment in a wide range of areas, including education and employment. "That really struck a chord with me," Teo said. "I knew that if I'm not the best in what I am doing, my future can be quite bleak. When there is an opportunity, I try to grab it and make the best of it, because there aren't that many for us."

Giving up on hopes of receiving aid for education in his home country, he moved on his own to neighboring Singapore on full scholarship when he was just 15 years old.

After graduating valedictorian from the prestigious National University of Singapore Business School, he landed jobs with major American and European consultancies. The work took him across Southeast Asia, where he saw numerous entrepreneurs and small and midsize enterprises with the drive and ability to start new businesses -- but few banks willing to lend to them.

"Having worked with both banks and startups, I realized there is a huge gap in SME financing, because of the lack of collateral, or because they did not [meet] banks' internal standards," he said. Making up his mind to start his own business, he quit his job and went to study at Harvard.

He had his eye on peer-to-peer lending, which was growing rapidly in the U.S. Wijaya, his classmate, shared the same interest, and together the two founded Funding Societies.

They launched their business even before graduating. "We knew that if we waited, competitors will increase and we would be too late," Teo said.

When checking the creditworthiness of potential borrowers and calculating the interest rates for their loans, the company does not depend entirely on their financial statements. It also uses psychometric tests intended for small businesses, a tool first developed through research at Harvard.

Teo and Wijaya's business idea drew the interest of Piyush Gupta, chief executive of DBS Group Holdings, one of the largest financial groups in Southeast Asia. Gupta agreed to collaborate, giving the startup the backing of an established player.

Teo hopes to make his business the most trusted peer-to-peer platform in Southeast Asia. "When people ask me, I say I am a Malaysian/Singapore permanent resident, which is factual, but I just see myself as someone from Southeast Asia."

In 2006 -- the year Teo turned 20 -- the Association of Southeast Asian Nations unveiled a road map for establishing an ASEAN Economic Community to free up the flow of goods, money and people within the bloc, which boasts a combined population of 600 million. Over the past 10 years, total trade among ASEAN's 10 member countries grew 50% and intraregional immigration posted a 60% increase.

Greater market integration sets the stage for young entrepreneurs like Teo to unleash their abilities in ways that conventional notions of nationality and borders might not allow. In return, these entrepreneurs can help lead the way toward deeper cooperation and greater prosperity.