Lenders push Toshiba to give up more of chip business

TOKYO -- While key lenders agreed Wednesday to continue lending to Toshiba through the end of March, support beyond that point will depend on the battered conglomerate taking steps to help itself, including selling a majority of its treasured memory chip business.

Toshiba Chief Financial Officer Masayoshi Hirata started off the 10:30 a.m. briefing here with an apology to the assembled representatives from some 80 banks for postponing an earnings release Tuesday. Though the meeting was supposed to wrap up in the morning, a barrage of questions and criticism of Toshiba's handling of the situation and general governance kept it going past noon.

Unaudited provisional earnings for the nine months through December, released Tuesday, showed a 712.5 billion yen ($6.23 billion) impairment charge on U.S. nuclear operations. Without any corrective measures, Toshiba's liabilities are expected to exceed its assets by 150 billion yen at the end of March.

Many banks argued in favor of supporting Toshiba, citing its valuable technology and the many people it employs. But this support rests on the proviso that the company will take radical steps to put its financial house in order as well as revamp its business model. 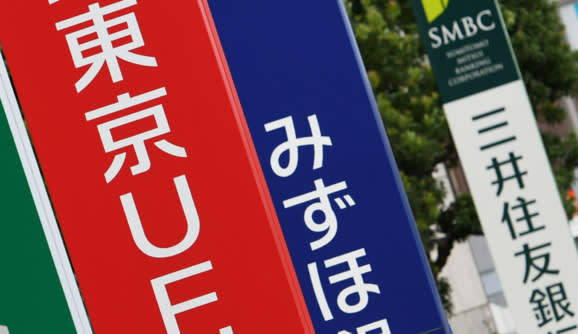 Toshiba's main lenders have decided to keep the money flowing to support the wounded corporate giant.

The main focus is a planned spinoff of Toshiba's chip business. The conglomerate had initially offered to sell less than 20% of the new unit, aiming to maintain control over its cash cow. Mizuho Bank and Sumitomo Mitsui Banking Corp. demanded that Toshiba consider giving up a majority interest, possibly with an eye toward buying it back later, or even selling the entire business, multiple sources at major banks said.

The concern was that the small stake originally on offer would not fetch a high enough price, since the prospect of having no say in management would turn off potential buyers. Toshiba plans to resubmit the spinoff proposal with new terms allowing the sale of a majority stake.

Parting with more than half the chip business, said to be valued as high as 1.5 trillion yen, would replenish Toshiba's depleted shareholders' equity and reduce the risk that the company will fail to repay its loans. It was even proposed that the sale be delayed beyond the end of March if the second search for buyers looks likely to take longer than expected.

The idea of giving up control of the chip operations met with mixed reactions from Toshiba's external directors. Some expressed concern about splitting off a core business, while others argued that banks and markets would not accept Toshiba refusing to allow more outside investment.

The chip business requires regular investment, and profits can vary wildly. Scaling it back or spinning it off would help smooth out these fluctuations and stabilize Toshiba's finances over the medium term, some lenders argue.