BEIJING -- Invest but do not interfere. Li Shufu, the chairman of Zhejiang Geely Holding Group, has stuck to this belief throughout his career.

"Geely and Volvo are siblings, not parent and child," says Li, 50, of his company's 2010 takeover of Sweden's Volvo Car Group. Li's reverence for Volvo remains undimmed. 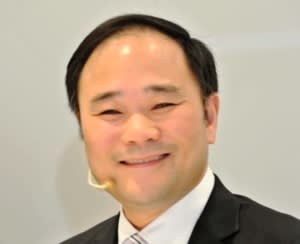 Li entered the business world after high school, but did not get involved in automaking until 1998. By that time, he had tried his hand at other concerns, including studio photography, metal recycling, and the production of refrigerator parts and motorcycles. Geely has steadily gained sales, mainly in smaller cities, with its original low-priced compact cars.

Once put down as a "foreign-car knockoff" operation, Geely flexed its muscle with the Volvo takeover. He didn't say a single word when he closed the deal with Volvo. His friendliness has helped smooth labor relations in Sweden. His continued respect for Volvo's independence after the takeover was also welcomed.

Geely and Volvo are jointly developing a next-generation compact. The company faces many challenges, including executive departures and an apparent innovation dearth. But it is clearly spearheading the overseas expansion of Chinese automakers.