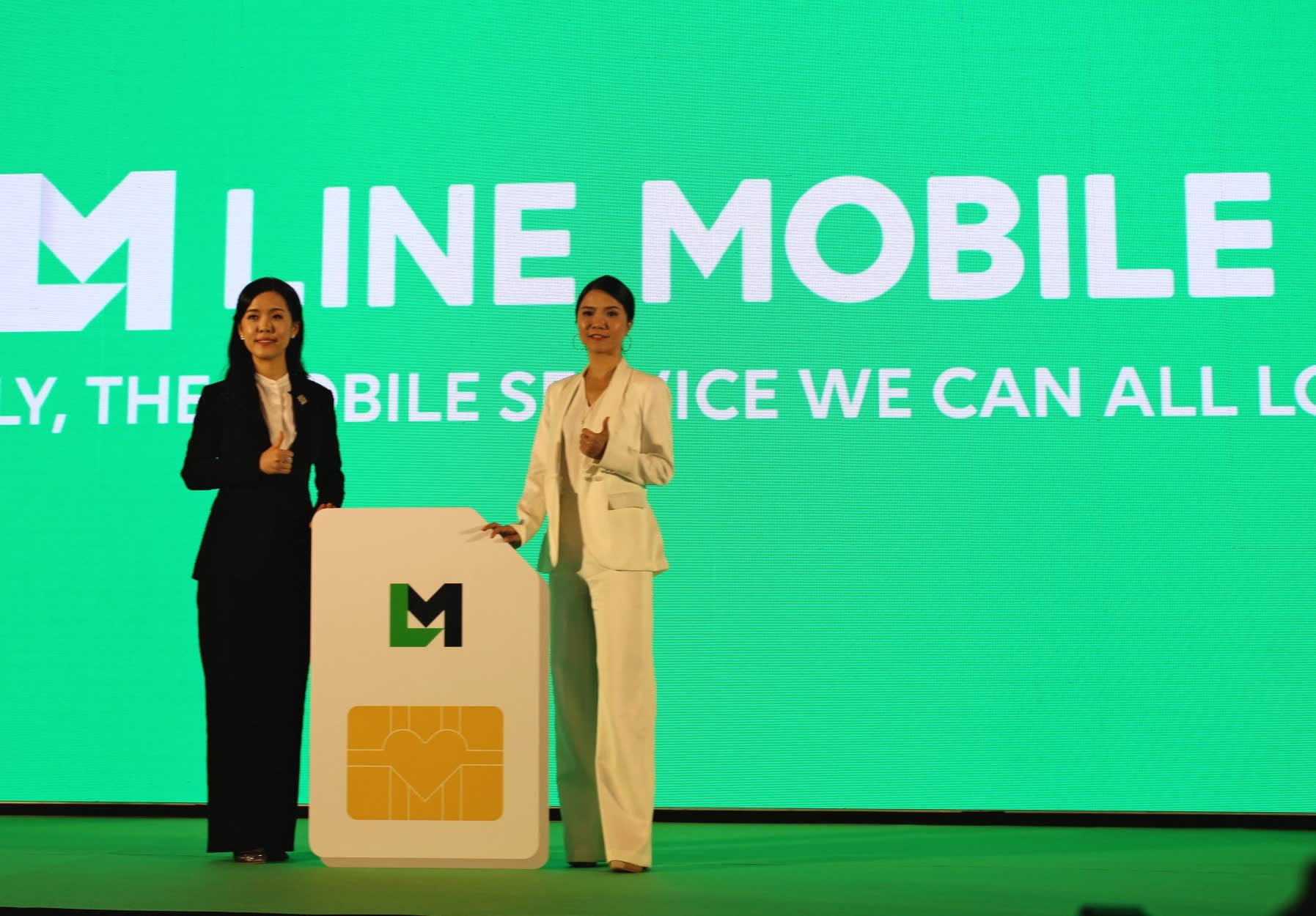 Line Mobile Thailand introduces its discount mobile telecom service in September, but a cloud hangs over the service as the local regulator decides whether it must apply for a license to keep operating.
MARIMI KISHIMOTO, Nikkei staff writerNovember 5, 2017 18:51 JST | Thailand
CopyCopied

Line Mobile Thailand delivers services over the network of the country's No. 3 carrier, Total Access Communication, commonly known as Dtac. Line says it does not need a separate license, since its services come under those of Dtac, which has a license.

"Our service operates under the Dtac group, and our relation with Line Thailand is only for the agreed contract of using the Line brand," said Line Mobile Thailand Chief Marketing Officer Pavarisa Chumvigrant.

However, Thailand's two largest mobile service carriers, Advanced Info Service and True Corp., disagree, saying Line Mobile needs its own license. They have filed a petition with the telecom regulator, the National Broadcasting and Telecommunications Commission (NBTC), asking for a review of the matter. They claim that as a "mobile virtual network operator," Line Mobile requires a license.

The NBTC set up a team in late September to examine the validity of Line Mobile's operations, saying it would complete its investigation within 30 days and make a ruling soon afterward.

If the NBTC rules against Line Mobile, the company would be obliged to pay license fees. Not having to pay would gives Line Mobile a competitive edge against its rivals.

For its part, Dtac wants to leverage the Line brand to stop losing subscribers to other carriers. It has called Line Mobile "our second brand," and says it is not an independent mobile network operator.

The new, affordable services offered by Line Mobile seemed like a strong card for Dtac. The message app is well-known in Thailand, with 94% of mobile internet users in the country using it.

Line Thailand, meanwhile, did not want to miss the chance to get into the mobile service market by taking advantage of Dtac's network.

"We will free mobile-phone users from annoyances they have gone through, such as complicated package plans, expensive handsets, queuing for the service," Pavarisa said at a news conference in September.

Line Mobile's fees start from 249 baht ($7.48) a month. Aggressive TV promotions and street advertising have drawn attention from Thai consumers already familiar with the Tokyo-based chat-app brand. Those who signed up early seem satisfied so far.

"Video streaming is smooth, data traffic of the Line app is free -- I don't see any problem," said a Line Mobile user who took advantage of a discount by applying for the initial promotional campaign.

Rivalry in a saturated market

With penetration of the Thai mobile wireless market at virtually 100%, rivalry among operators is intense. Total combined subscriptions for the top three carriers came to just over 90 million at the end of June, down 470,000 from the end of March.

Dtac has seen a particularly sharp drop in users numbers. It long held the No. 2 slot, but was overtaken by True Corp. at the end of March, having made the major mistake of failing to win a bid for 4G bandwidth.

In contrast, True Corp. has aggressively picked up new subscribers, largely by luring them with its mobile number portability service, allowing subscribers to move to another network while keeping their old number, in collaboration with the 7-Eleven convenience-store chain.