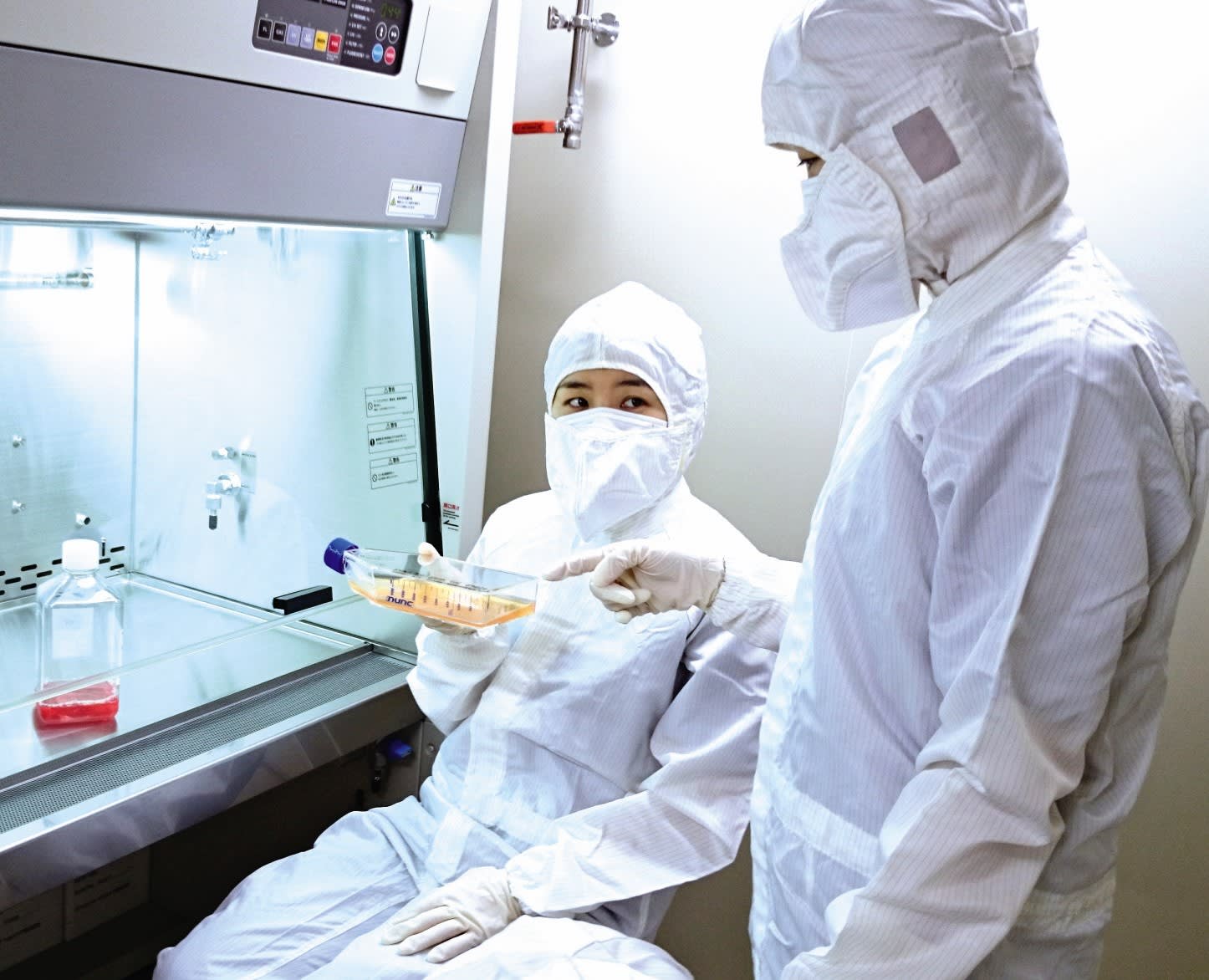 TOKYO -- Deregulation has thrust Japan to the forefront of a global battle for supremacy in regenerative medicine.

The government of Prime Minister Shinzo Abe made the nascent field a key part of its strategy for revitalizing the economy. A new law, as well as a major revision to the pharmaceutical affairs law, last fall made Japan arguably the world's most liberalized market for regenerative products and services.

This game-changing branch of medicine has the potential to fully heal organs and tissue damaged by diseases or accidents. It all starts with stem cells, which can grow into any type of cell. The new legislation, which took effect in November, opened the door for businesses other than hospitals and research institutes to produce cells for medical use.

The pharmaceutical law revision, also implemented in November, shortened the approval process for the cells. Now there is no need for a third stage of clinical trials to gain authorization.

Domestic and foreign companies alike are rushing to take advantage.

A clinic equipped with state-of-the-art regenerative medicine instruments opened last year on the 20th floor of an office building near Tokyo Bay. It is run by South Korea's CHA Medical Group, which owns and operates hospitals.

Regenerative medicine is a core element of CHA's business strategy. It produces stem cells from fat and other human body tissue. Therapies using such cells appear closer to clinical applications than those based on induced pluripotent stem cells or embryonic stem cells.

CHA plans to supply its cells to other hospitals. The company received a license in June from Japan's Pharmaceuticals and Medical Devices Agency, which evaluates new drugs before they can be sold.

Rao, a former director of the National Institutes of Health Center for Regenerative Medicine, is helping U.S. companies, research institutes and hospitals make connections with Japanese organizations and map out strategies for testing. He reportedly played an important role in arranging a tie-up between Nikon and Lonza of Switzerland, announced in May.

Among Japanese companies ramping up efforts in the sector is Adipo Medical Technology. The government-supported startup, launched in Higashi-Osaka in April, focuses on treating severe heart problems with regenerative cell technology. It plans to start clinical trials in fiscal 2016.

SanBio, a regenerative therapy startup founded by Japanese in the U.S., has turned its Japanese subsidiary into the parent company. It did so because it believes "Japan is the country with the most favorable environment for regenerative medicine," said Keita Mori, co-CEO and chairman.

The Japanese market for regenerative treatments is projected to grow to be worth 1.6 trillion yen ($12.7 billion) in 2030, according to the Ministry of Economy, Trade and Industry.

Shinya Yamanaka, a Kyoto University professor who won the Nobel Prize in physiology or medicine in 2012 for reprogramming adult cells into iPS cells, warns that intensifying competition in the field could compromise safety.