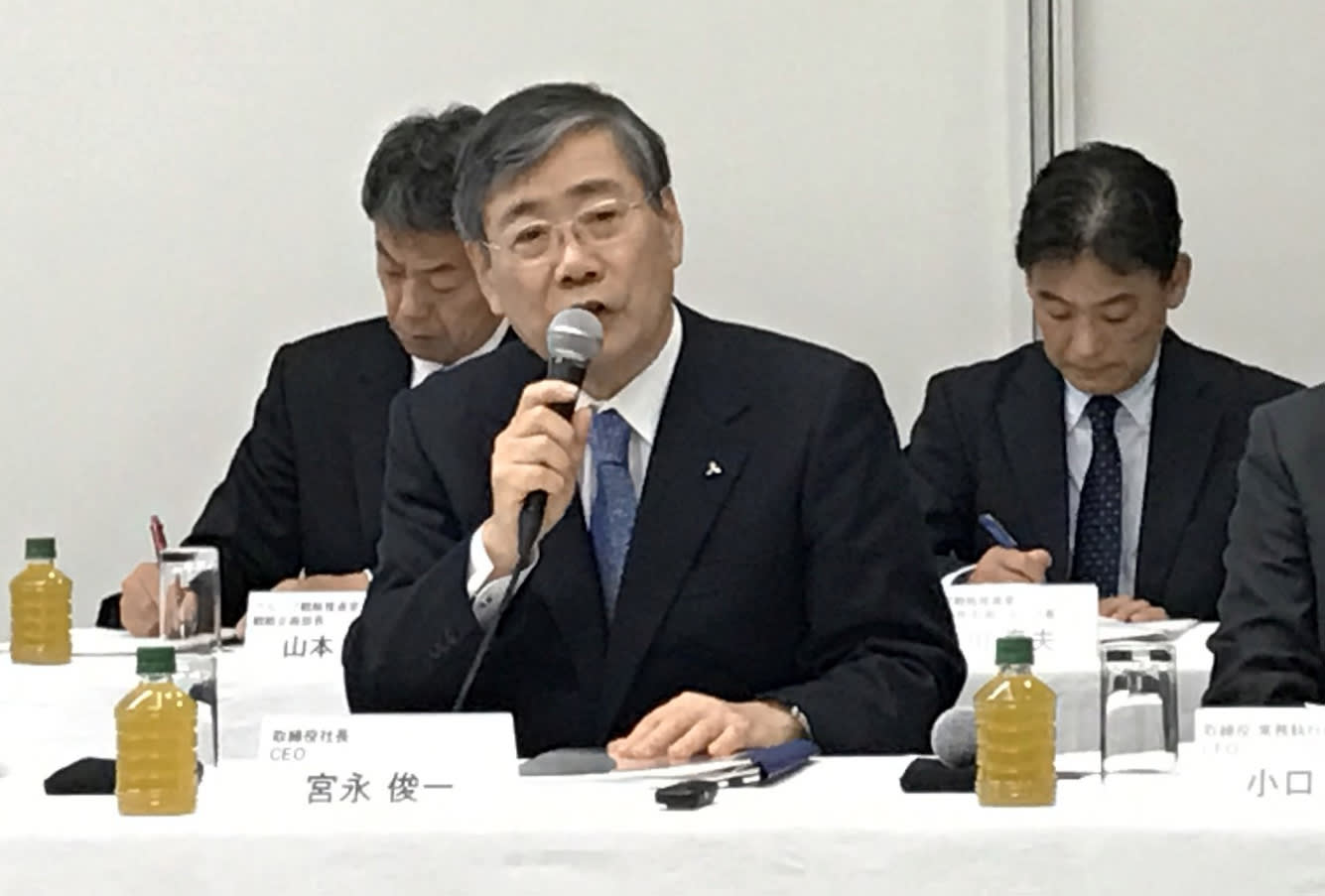 TOKYO -- With Mitsubishi Heavy Industries facing mounting problems, President Shunichi Miyanaga has vowed to fight on for a sixth year at the helm.

"Now we are in battle mode," Miyanaga said at a Feb. 6 earnings briefing. A goal he set of achieving consolidated sales of 5 trillion yen ($45.8 billion) remains elusive, and the president clearly feels he has unfinished business.

The company kept its full-year projection unchanged, but the outlook is far from rosy. Last October, it lowered a full-year consolidated net profit forecast from a 14% year-on-year increase of 100 billion yen to a 9% decline of 80 billion yen.

Miyanaga's two immediate predecessors moved on to the role of chairman after five years at the helm, but the current earnings situation gave him little choice but to stay.

The power systems business segment, which accounts for 40% of group sales, is particularly suffering. 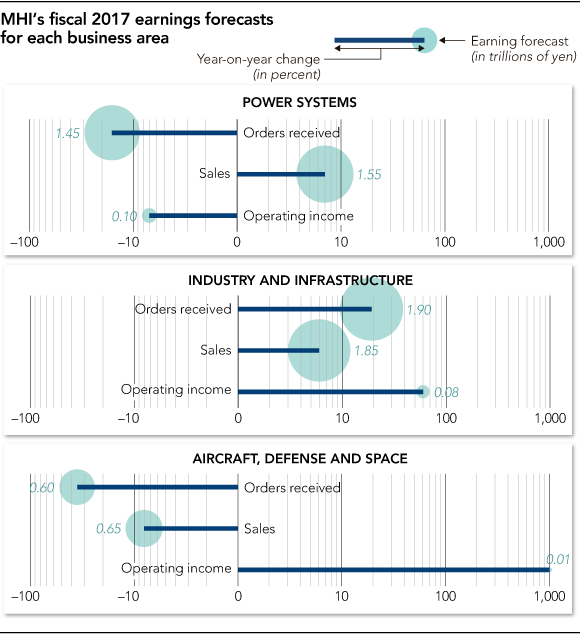 The "market has structural problems rather than being weak," said Miyanaga, "and the tough environment is likely to linger." The business expects to receive orders worth 1.45 trillion yen in the full year through March, down more than 270 billion yen on the year.

MHI subsidiary Mitsubishi Hitachi Power Systems has been redeploying staff at domestic production bases, mainly at the Takasago plant in western Japan. It has also started cutting 300 jobs, or about 30%, of its workforce in Germany.

As part of its reforms, the company is developing eco-friendly, next-generation thermal power turbines and expanding services such as remote-controlled management of power stations. Miyanaga said the aim was to forge a business structure that would be resilient to market changes and offer new combinations when the market recovers.

Another headache is the aircraft, defense and space segment. It is expected to receive orders worth just 600 billion yen by the end of March, a year-on-year drop of nearly 40%. Business in the area of defense-related aircraft is slow, but of more concern is the delayed development of the Mitsubishi Regional Jet, which MHI hopes to make a growth engine in the medium to long term.

In anticipation of a barrage of questions on the MRJ, Miyanaga had shown up at the briefing armed with a presentation.

Progress had improved, he argued, pointing out that test flights had been conducted under extreme temperatures in Arizona and that the company had resumed production of an additional test aircraft.

That could not hide the fact that a customer had recently canceled their order for the aircraft. Any further delays could cast doubt on its feasibility and whether Miyanaga is really up to the job.

In contrast, structural reforms have started bearing fruit for the industry and infrastructure segment. Mitsubishi-Hitachi Metals Machinery, which Miyanaga helped launch, was merged with the steelmaking machinery unit of German company Siemens in 2015 to become Primetals Technologies Japan. In January this year, MHI span off its commercial shipbuilding and chemical plant and transportation system operations to give them more flexibility.

The domain foresees orders worth 1.9 trillion yen in fiscal 2017, a 19% year-on-year increase. Orders for chemical plants and commercial vessels fell, but the decline was more than offset by growth in steelmaking machinery and turbo chargers for automobile engines, more of which are being used by Chinese automakers. Forklifts are also selling well and the business' operating income is forecast to surge 60% on the year to 80 billion yen.

Miyanaga led a series of comprehensive reforms while serving as the right-hand-man to his predecessor Hideaki Omiya, including a review of business structures and the implementation of profitability management. The integration with Siemens was one of his most notable achievements and he also helped MHI ditch a long-held aversion to collaboration with other companies, achieving record profits in the process.

The past couple of years have been tough, however. MHI had to push back its target date for achieving consolidated sales of 5 trillion yen by two years in May 2017 due to the slump in the thermal power business. The volume of orders, a crucial element for a heavy machinery maker, is in decline. It hit a record of 4.7 trillion yen in the year through March 2015 but is projected to fall to 4 trillion yen in the current business year.

At one point during Miyanaga's tenure, that target seemed perfectly attainable. But the power generation system business was once seen as rock-solid and turning the tide will be no easy task.

Miyanaga stressed that he would make way for a younger leader as soon as recovery is in sight, but that he would deal with the company's current problems himself.