Company focuses on building up EV segment while cutting costs 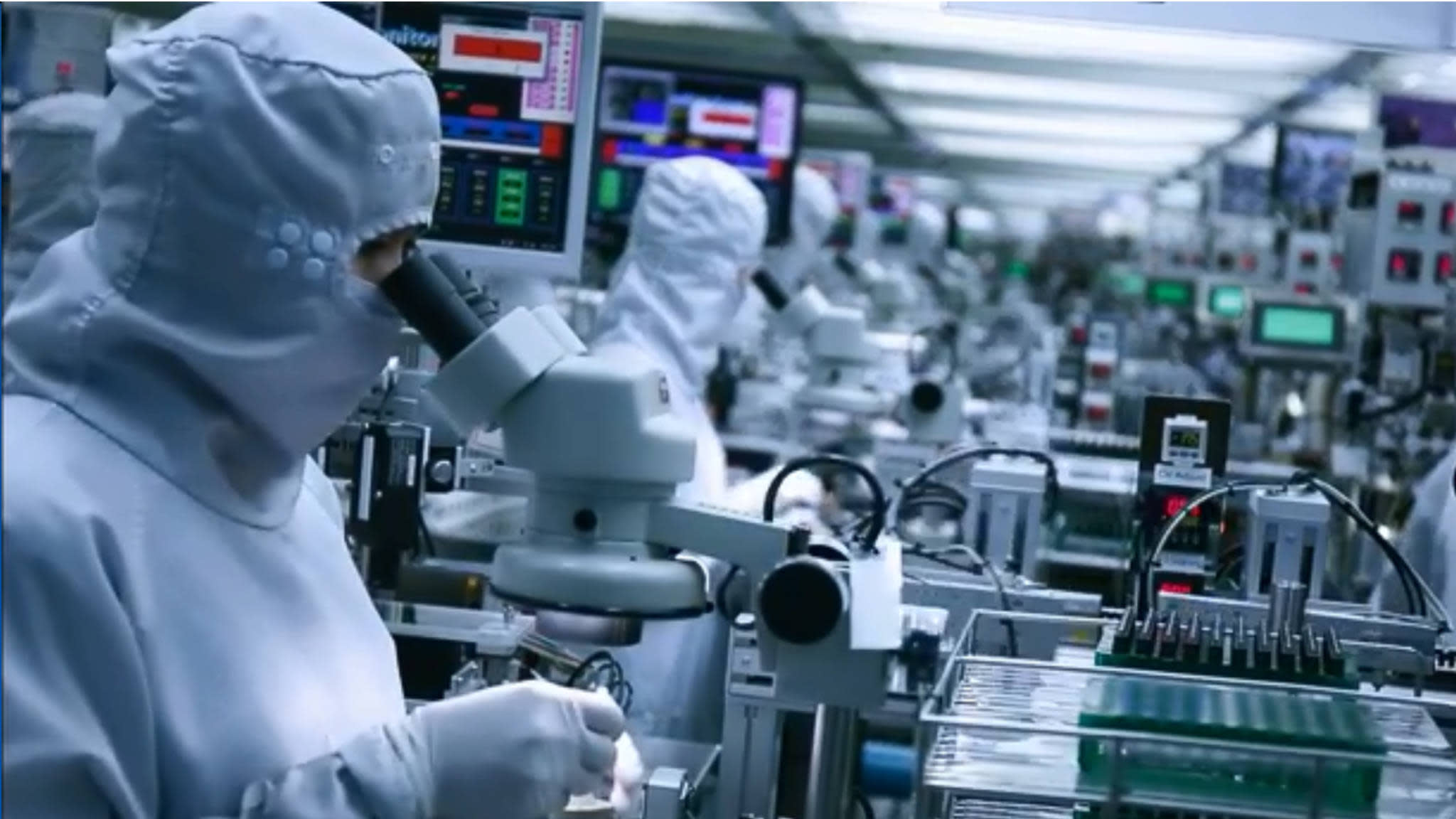 China is both a major production base and market for Nidec's motors. (Photo courtesy of the company)

OSAKA -- Apple supplier Nidec continues to suffer from falling demand for industrial and smartphone components, delivering a bleak assessment that the business environment in China has not improved.

The precision motor maker's operating profit tumbled 39% on the year to 27.9 billion yen ($258 million) during the three months ended in June for a third straight quarter of declines, the Kyoto-based company said Wednesday. Sales for the fiscal first quarter slipped 3% to 360.8 billion yen.

The results from the Tokyo-listed blue chip added to the ranks of Japanese electronics companies suffering from sluggish global demand.

On the outlook for the Chinese economy in the second half, Nagamori said: "I don't think it will improve as much as we had hoped."

"It will take a little while before sales for all products start picking up," he added.

Still, the founder said that his company had made progress on countering the slowdown since the start of the year, when it downgraded its fiscal 2018 forecast on an "extraordinary" change in Chinese demand.

"We had no way of taking countermeasures in January because the drop-off came out of the blue," he said, adding: "but now we have taken those steps, and fixed costs are decreasing." Cost-cutting measures have included personnel reassignments at the company, which has grown through a string of acquisitions.

Nidec left its full-year earnings forecast unchanged, expecting sales to rise 12% to 1.65 trillion yen and net profit to jump 22% to a record 135 billion yen. With a recent decision to buy the automotive business from Japan's Omron and a deal with U.S. appliance maker Whirlpool nearing completion, acquisitions are expected to drive growth.

Meanwhile, Nidec is spending more to boost Chinese output of drive motors for electric vehicles -- a business that is booming. The plan is to build additional facilities next to a factory that came online this spring in the Zhejiang Province city of Pinghu, near Shanghai, as well as in the northeastern city of Dalian, so that the company will have three plants in China.

"The key is how quickly we can launch assembly lines and win market share," Nagamori said.

For the quarter ended in June, sales fell 3% in the segment for appliance, commercial and industrial products -- Nidec's biggest revenue generator. Sales of automotive products slid more than 2%. These decreases more than offset a small increase for small precision motors, including those for hard drives.

Net profit plummeted 91% to 3.4 billion yen, hurt by a roughly 20 billion yen loss booked in connection with the sale of a German compressor business. This sale was a condition for Nidec receiving approval from the European Commission for its purchase of Whirlpool's refrigerator parts operations.

Nidec is not the only Japanese manufacturer with disappointing April-June results. Canon also reported Wednesday a sluggish performance owing to a slump in chipmaking equipment and downgraded its full-year earnings guidance, while automotive and smartphone parts supplier NOK has cut its forecasts. Industrial robot builder Yaskawa Electric posted a 70% drop in net profit for the quarter ended in May.

"We had braced for [weak performances] to a certain degree, but corporate earnings are worsening more than expected," said Takatoshi Itoshima at Pictet Asset Management (Japan).