'Made in China' losing edge at trade fair 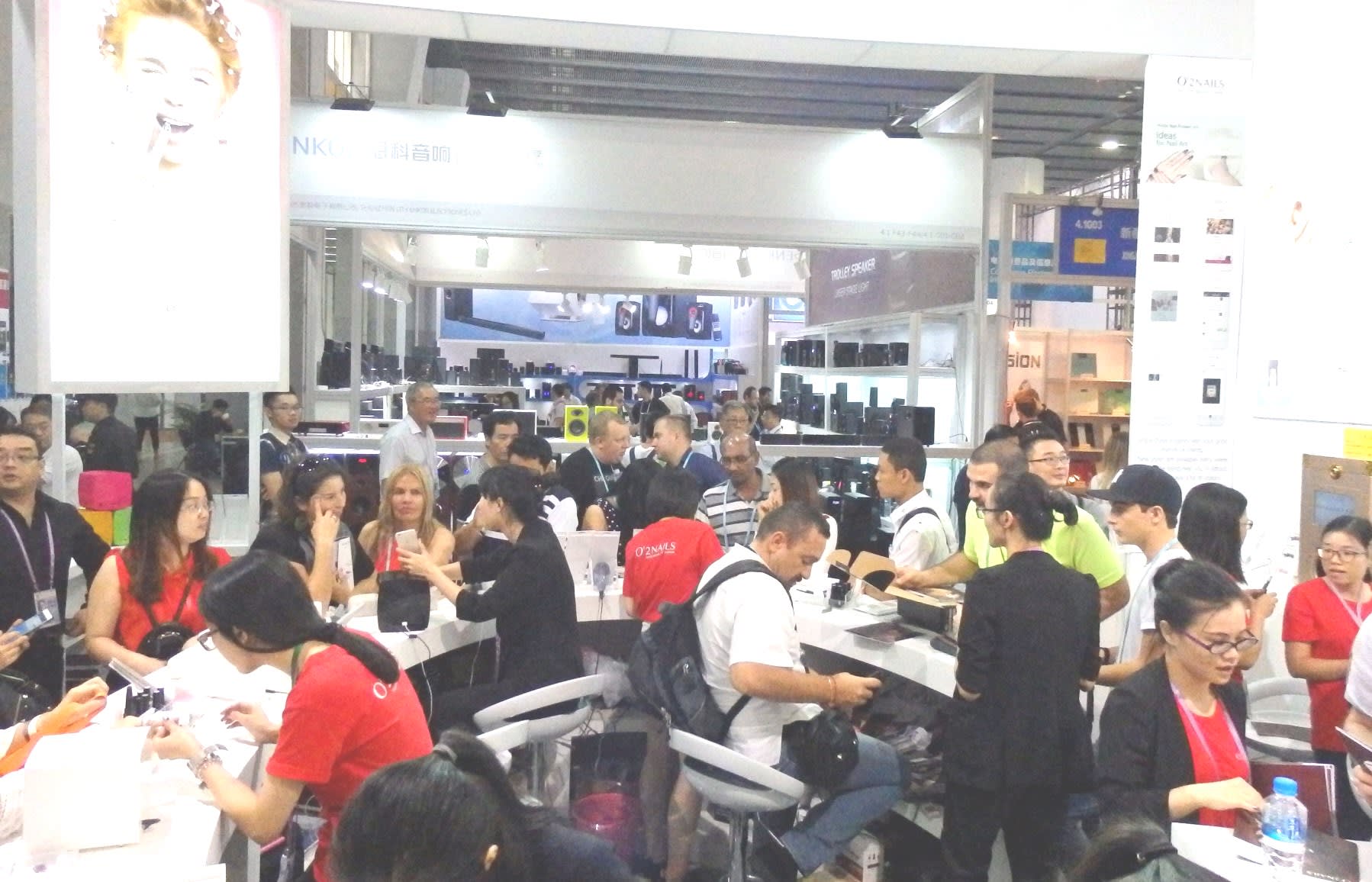 GUANGZHOU -- The China Import and Export Fair (Canton Fair), China's biggest trade fair, has been underway here since Oct. 15, arousing hopes that it will contribute to a pickup in exports from the world's second-largest economy.

The Canton Fair is held in the spring and autumn each year and attracts nearly 200,000 buyers from all over the world, looking for good deals among products exhibited by more than 20,000 Chinese manufacturers. Deals each year amount to some $30 billion; as a result, the fair serves as an index for China's economic outlook.

Guangzhou is China's biggest export city. The Canton Fair started in 1957 and the current session is its 120th, attended by some 24,000 manufacturers from across China. A wide variety of products are on display, including electrical appliances, automobiles and electronic parts, machinery, clothing and daily necessities.

Punnet Mittal, 25, a buyer from India who visited the fair on Oct. 17 looking for a wrapping machine, noted the huge variety of products on show, as well as the numerous price options. He added that he expected to find a good buy.

But an increasing number of buyers from abroad, who in the past were attracted by the low prices of Chinese products, are growing discontented with rising prices due in part to steep increases in labor costs in China.

A 47-year-old Croatian man, who introduced himself only as Ante, said he was attending the autumn session for the fifth year to buy Christmas decorations. He said prices have been rising year after year. Prices this year are 20% higher than in 2014, so he is considering buying the goods in Vietnam next year.

Amir Seifzadeh, a 30-year-old Iranian seeking building materials, lamented that prices are 30% higher than his target. He said he may return to Iran empty-handed. Many other buyers also complained about the price increases.

Some Chinese manufacturers revealed their own problems.

Although the depreciation of the yuan against the dollar is a boon to exports from China, "buyers urge us to cut prices on the grounds of the weaker currency," said Gan Yuxi, 40, a sales representative of Amoytec (Xiamen) Machinery & Electronics, a construction machinery company in Fujian Province. "But we can't afford to lower prices because of soaring labor costs."

"Rising payroll cost is the biggest management problem for us," said Lu Yuehua, 22, of Shenzhen Qicaitong Silicon & Plastic Technology, a maker of accessories for mobile phones. "We therefore have to set high prices. Buyers from the Middle East are especially tough on prices, and contract negotiations with them can get tangled."

The total amount of deals concluded at each session of the Canton Fair affects the value of exports from China in the following six months. It is also used as a gauge to predict the Chinese economy.

With the amount dropping below the $30 billion level for the fourth session in a row, the current event is subject to stronger attention than ever. No optimism is permitted in light of a further fall in the value of the yuan.