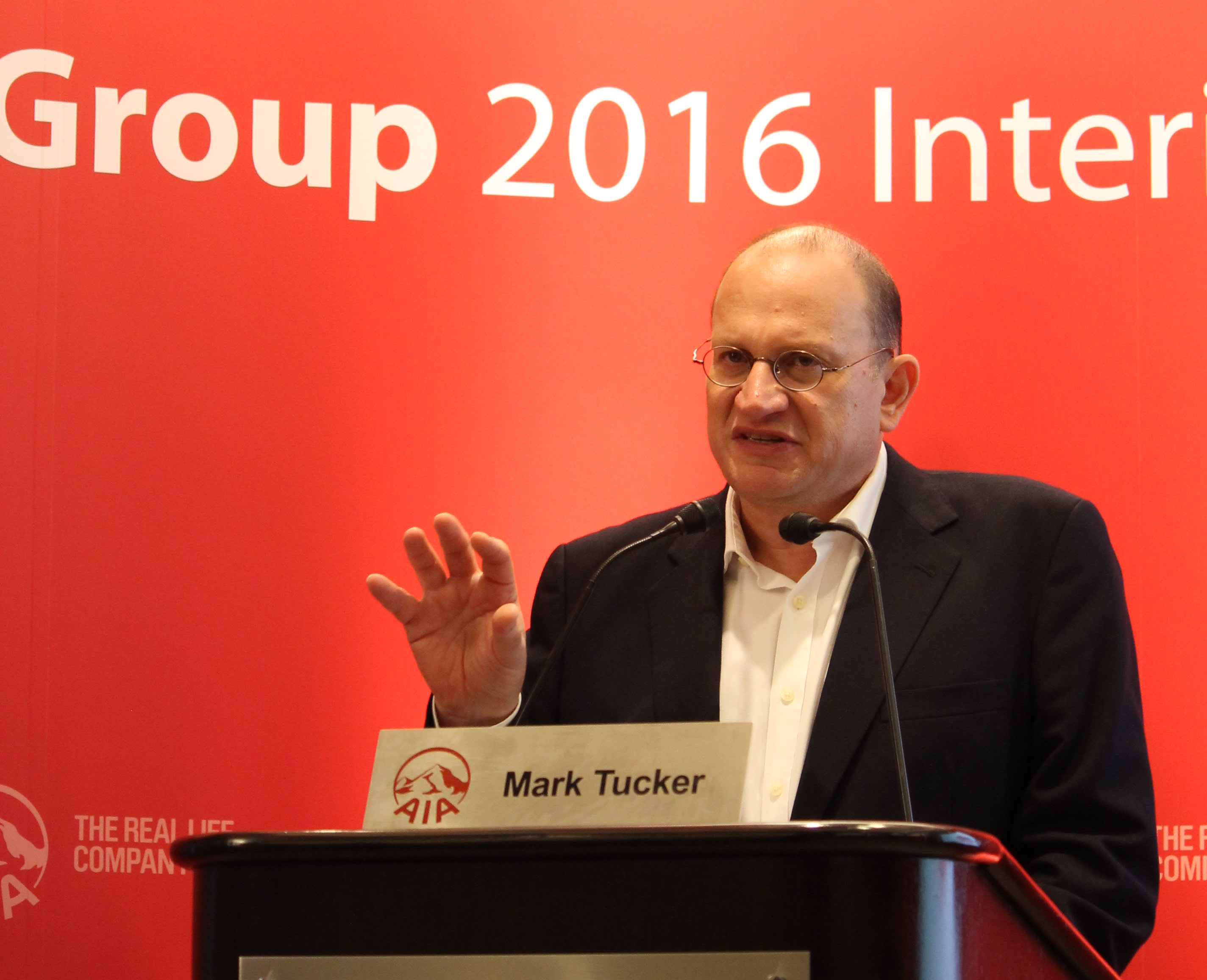 Among the 18 Asian markets where AIA operates, Hong Kong posted the best results, with a 60% growth in the value of new business to $537 million from a year earlier. This represents 39% of the group's total before local reserve and capital requirements, and expenses.

Mainland visitors accounted for about half of the sales in Hong Kong, up from just 30% a year ago, according to the group's chief actuary Sai-Cheong Foong.

The surge came despite expectations that Hong Kong insurance business would be hampered by the introduction of a $5,000 per-transaction cap with UnionPay, a popular debit and credit payment system among mainland citizens for making big-ticket purchases overseas. Citizens are only allowed to convert $50,000-worth of yuan into other currencies every year.

The measure, imposed in February by the Chinese authorities, was meant to stem capital outflows amid the continued depreciation of the yuan, which has spurred many mainland Chinese to park their wealth in foreign currency assets.

"Mainland customers have been coming to buy insurance in Hong Kong for the last 10 to 15 years. We're seeing a continuation of this trend," Mark Tucker, AIA's chief executive, told reporters on Thursday.

Tucker said the pace of the trend has accelerated on the back of "fundamental drivers" such as rising disposable income, an aging population, urbanization, under-penetration of insurance, and high savings rates. But he emphasized that only "less than half of 1%" of the 46 million mainland visitors to Hong Kong bought insurance policies last year.

Bloomberg has reported that some insurers are circumventing the capital restriction by making multiple UnionPay transactions for a single deal.

Hong Kong has a "protection gap" of $600 billion, versus $32 trillion in mainland China, said Tucker, implying a vast opportunity in the mainland. The "protection gap" is broadly defined as the difference between the amount of life insurance coverage people hold and the amount they need.

Outside Hong Kong, mainland China was the second-best performing market, with 56% growth, followed by Malaysia and Singapore, which expanded by 30% and 10% respectively.

South Korea was the only market that saw a setback in new business, which shrank 24% by value. This was because of "wide-ranging regulatory restrictions imposed over the past two years," resulting in "limitations on advertising" and "a decline in the number of telesales representatives within the industry," the group said.

AIA is said to be vying for a stake of at least 49% in the insurance arm of Thailand's third-largest lender by assets, Siam Commercial Bank. London-based Prudential, the Swiss ACE Group and Canada's Manulife Financial are among the interested buyers.

Tucker declined to comment on merger and acquisition possibilities. "We always see opportunity," said Tucker. "It must be accretive. It must be value-added to AIA, either in products or distributions, or in customers or geography."

A successful bid for SCB Life Assurance Public Company would enable AIA to leverage SCB's networks in Southeast Asia and better tap into these low penetration markets via bancassurance offerings.

AIA began a 15-year partnership with Citibank across 11 markets in Asia in late 2014. Its bancassurance channels delivered "a strong double-digit increase" in value of new business during the first half, according to the interim report.

But analysts struggle to find the potential Thai deal a bargain. It could value the Bangkok-based insurer at $3 billion, or 4.5 times book value.

The Hong Kong-based insurer said new business in the six months ended in May climbed 37% year-on-year to a record $1.26 billion on a constant exchange rate basis, while annualized new premiums grew 31% to $2.36 billion.

Net profits attributable to shareholders dipped 6.31% to $2.07 billion, or 17.22 cents per share, from a year earlier, as investment return fell more than 33%.

The company raised the interim dividend by 17% year-on-year to 21.9 Hong Kong cents per share. The solvency ratio of 381% was slightly tapered by the group's move, completed in April, to increase its holdings in Indian joint venture, Tata AIA, to 49% from 26%.