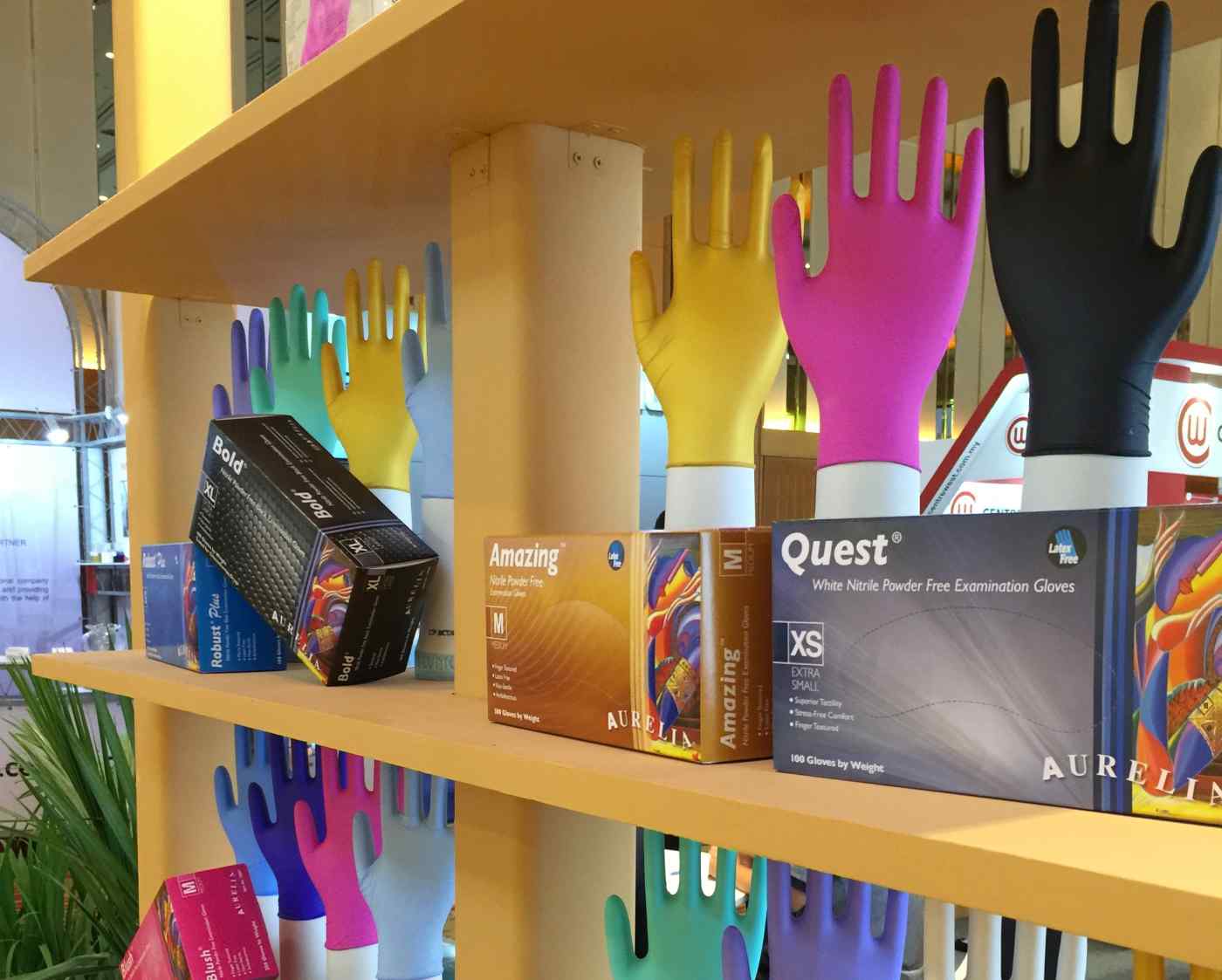 KUALA LUMPUR -- A trade group in Malaysia, the world's largest exporter of rubber gloves, said Tuesday it expects manufacturers to ship 14.3 billion ringgit ($3.5 billion) worth of the product in 2016, compared with last year's 13.1 billion ringgit, thanks to growing demand from emerging markets.

Global demand for rubber gloves, which are used widely in the food processing and health care industries, is expected to surge 10% on the year to 212.2 billion pieces in 2016. Of which 63%, or 133.6 billion pieces, will come from Malaysia, according to the trade group's forecast.

"Growth potential is huge, especially in China and India, as average consumption is still low," said Denis Low, president of the Malaysian Rubber Glove Manufacturers Association. Low was speaking at a press conference held as part of a biannual international conference on the industry.

China consumes three pairs of gloves a year per person, while India uses only two pairs, much lower than the world average of 25 pairs per year. Glove usage is widespread in the developed countries of Europe, the U.S. and Japan, the top destinations for Malaysian exports.

In the first half of 2016, Malaysia exported 6.4 billion ringgit of rubber gloves to more than 195 countries. That accounts for over 70% of the country's total exports of rubber products, which also include condoms, hoses and pipes.

The country is home to the world's largest producers of rubber gloves, including Top Glove and Hartalega Holdings, which enjoy strong government support in terms of tax incentives and subsidized gas.

Demand for gloves is also fueled by people's greater concern for hygiene as their incomes rise. Recent outbreaks of infectious diseases such as zika also bring in more business for manufacturers.

"Zika has the effect of raising the awareness of the people," said Lee Kim Meow, Top Glove's managing director. "That will thrust our business to the front line."

The mosquito-borne zika virus has spread in recent weeks in Southeast Asia. Singapore recorded its first case of local transmission on Aug. 27. The number of reported cases in the city-state has risen to more than 200. Malaysia has reported two cases, and the Philippines one.

Epidemics aside, rubber glove makers have been raising output in a battle for market share, supported by lower raw material prices and favorable exchange rates. Prices for latex have fallen by over two-thirds, to around $1.06 per kilogram from a high of $3.61 per kilogram in March 2011, in line with lower crude oil prices. The strengthening of the dollar against the ringgit also brings cheer to rubber glove companies, most of whose exports are priced in dollars.

Despite the good news, many analysts remain neutral to glove makers' stocks, concerned that oversupply will push selling prices lower. "We are retaining our neutral rating on the sector as a reflection of the lackluster profitability growth profile," wrote Aaron Kee of Affin Hwang Capital in a report on Sept. 2.