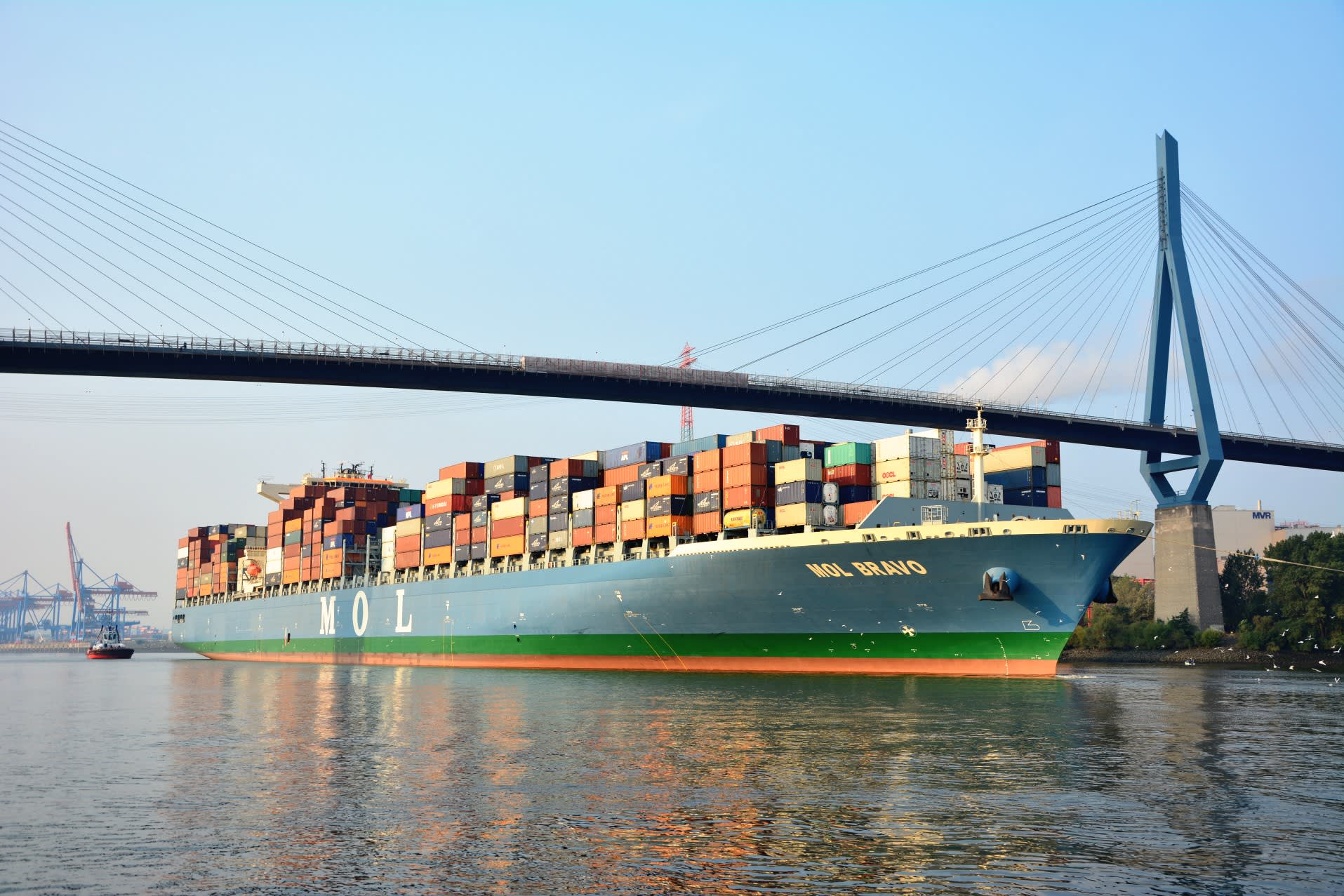 TOKYO -- The three big Japanese marine transport firms are decreasing the number of containerships and bulk carriers in their fleets by 10% in response to a persistently bleak business environment brought on by a supply glut.

The two vessel types account for more than half of sales at Nippon Yusen, Mitsui O.S.K. Lines and Kawasaki Kisen. The trio operated 1,266 of the ships in all at the close of the fiscal year ended in March, but that number will fall by 122 ships.

Mitsui O.S.K. will cut its fleet down to 409 ships by the end of fiscal 2016, or 13% less than a year earlier. The number of bulk carriers on short-term contracts will be slashed in half, since those vessels are highly exposed to market fluctuations. The company will also shed 8% of its containerships. Mitsui O.S.K. has ordered six vessels that have among the top carrying capacities in the world. They will replace the smaller vessels, which are less profitable.

Demand for containerships, which mainly carry everyday items and machinery parts, had risen in recent years, which prompted rival shippers in China and other countries to build more vessels. The total carrying capacity in 2015 was four times levels in 2000. But freight movements slid amid a global economic slowdown, which continues to eat into shipping rates.

Bulk carriers transport minerals and grains. The Baltic Dry Index, which tracks their shipping rates, averaged 707 points in July, with January 1985 representing the base of 1,000 points. July's figure amounts to a recovery of sorts from the 300-point range in the January-March quarter. But the figure was roughly a fifteenth the readings seen in May 2008, when the index topped 10,000 points.

The trends have transformed the worldwide landscape. Denmark's A.P. Moller-Maersk, which became the top global shipper through a series of takeovers, canceled orders for new ships in 2015. France's CMA CGM and China's Cosco Group, the third- and fourth-ranked shippers, respectively, formed a containership alliance earlier this year.

In Japan, the fleet reductions will bring some painful side effects. The shippers not only possess their own vessels, they also lease ships from other owners. Early contract cancellations will trigger walk-away fees. If marine transporters sell their own ships, the low shipping rates will drag down asking prices, leading to losses on sales.

Moreover, the shipping firms may not be able to close the supply-demand gap with the fleet reductions. "If the market slump continues, maritime transport companies may be required to engage in further structural improvements," such as getting rid of additional ships, said Hiroshi Hasegawa, an analyst at SMBC Nikko Securities.