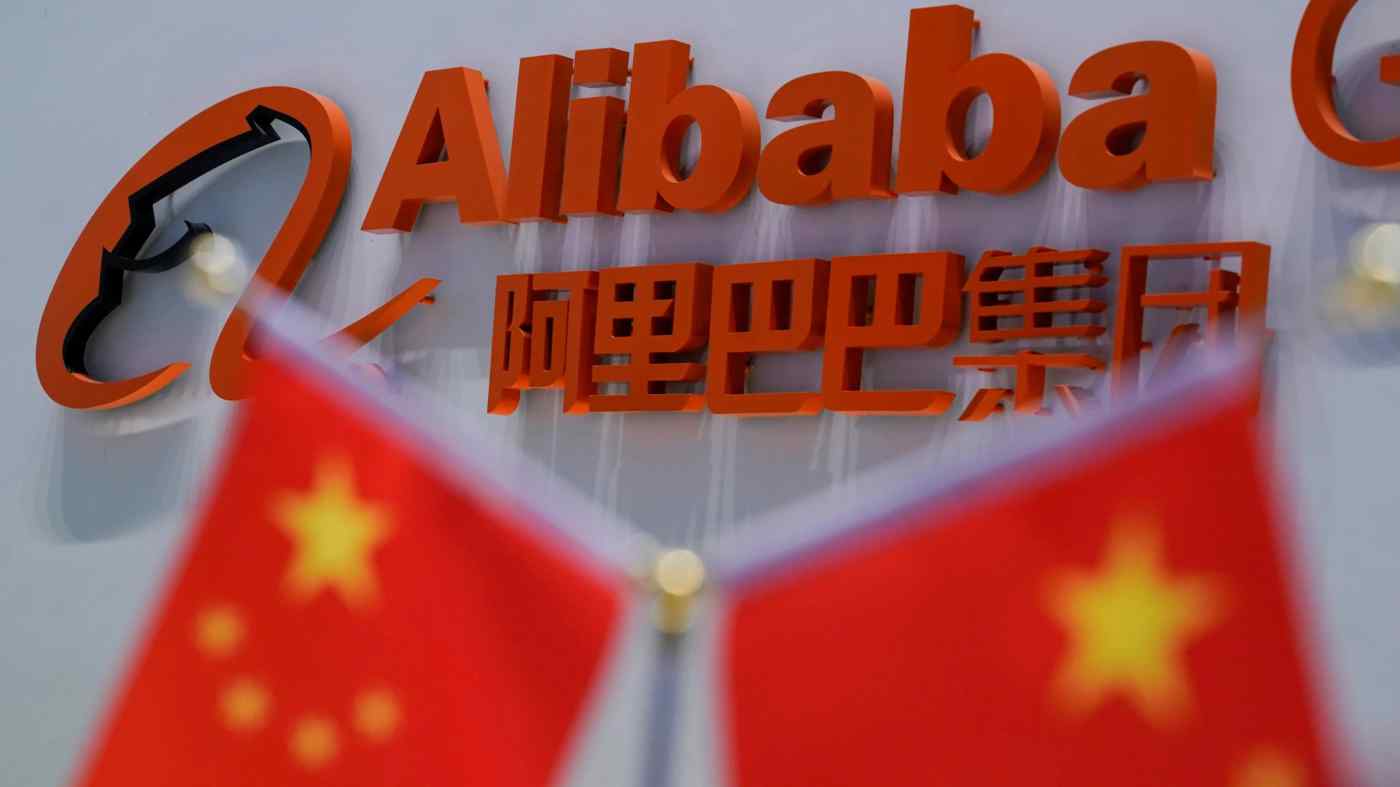 HONG KONG -- Alibaba Group Holding is set to raise as much as $12.9 billion in an oversubscribed share offering that is expected to draw more Chinese companies to list in Hong Kong, thereby boosting the city's status as a global financial hub despite more than five months of violent anti-government protests.

In the world's largest equity raising so far this year, Asia's most valuable company priced its new shares at 176 Hong Kong dollars ($22.48) each. That represents a 2.9% discount to the closing price of Alibaba's shares in New York on Tuesday.

The strong demand and favorable reception for the listing has already emboldened Chinese artificial intelligence company Megvii, which has been blacklisted by the U.S., to seek approval for an up to $1 billion initial public offering in Hong Kong.

The stronger-than-expected demand for the Alibaba transaction, launched last week amid the most violent protests the city had seen this year until then, shows that Hong Kong's markets are open for business and the city's financial status remains intact, a person familiar with the offering said.

"China wants to show business goes on in Hong Kong," said Andrew Sullivan, a director at Hong Kong-based investment firm Pearl Bridge Partners. "China wants a lot of its companies to be listed close to home, and the most rational place to list is Hong Kong as it is the only place in its territory where it can access U.S. dollars. Alibaba seems to have gone extremely well, and it could have a bit of a snowball effect and bring in more companies."

The listing by the Chinese e-commerce leader comes as U.S. lawmakers passed a bill overnight that could see the U.S. sanction anyone deemed guilty of human rights abuses in the city state. Some of Wall Street's biggest banks are involved in both the Alibaba and mooted Megvii listings.

The strong demand for Alibaba stock has taken even its lead arrangers by surprise as the city's benchmark stock index Hang Seng fell by almost 5% last week as Alibaba opened the share sale.

Still, sovereign wealth funds and institutional investors from the mainland and the rest of Asia flocked to the offering, leading to a level of bids that exceeded the shares on offer by several multiples, people familiar with the offering said.

The retail portion of Alibaba's offering was "heavily" oversubscribed and as such, small investors will be allotted 10% of the share sale, a source said. Local investors were initially allocated just 2.5% of the shares on offer.

"From an investors point of view, the protests aren't exactly interfering with the market, and for investors these offerings are a play on the second-largest economy," a portfolio manager for a global fund based in Hong Kong said.

"The only thing, in my opinion, that can derail this thesis is if the People's Liberation Army was deployed on the streets, and most reasonable people know that won't happen. If it does, Hong Kong loses its special status and China doesn't want that to happen."

Hong Kong shares have edged ahead 2.4% this week.

Local and international pressure is building on Hong Kong and Beijing, and it is unlikely that China would enact measures to aggravate it further, the person said.

Nonetheless, Chinese soldiers last week ventured outside the People's Liberation Army garrison to clear streets blockaded by anti-government protesters, in what authorities described as volunteer activity as they were not in uniform.

This week, China's top legislature also said that Hong Kong courts had no power to rule on the constitutionality of legislation under the city's Basic Law, which includes a proposed ban on face masks, state news agency Xinhua has reported.

The U.S. Senate on Tuesday unanimously passed the Hong Kong Human Rights and Democracy Act, which requires Washington to review annually whether the city's "one country, two systems" formula is functioning. It also calls for sanctions on those who abuse human rights in the former British colony.

The U.S. House of Representatives approved its own version of the measure last month. Both pieces of legislation must be reconciled, then voted on in each chamber a final time before heading to the desk of President Donald Trump to sign the legislation. China has condemned the bill.

Even as the protests have intensified and turned increasingly violent, Hong Kong's equity capital market activity has sprung back to life after a summer lull when companies including Ab InBev and Alibaba deferred their fundraising plans amid the protests which began in June.

However, more than $10 billion has been raised since the start of September, including a $5.75 billion initial public offering of AB InBev's Asia business Budweiser, making the city the busiest equity offering market in the world. Alibaba's Hong Kong debut scheduled for Nov. 26 will further extend that position.

The company, which has no pressing need for the money given that it has around $30 billion of cash on hand and debts of just $21 billion, originally aimed to raise $20 billion when it filed for the listing in June. It plans to use the offering's proceeds to fund the expansion of online consumer service platforms and for "digital transformation."

Eight Hong Kong shares will be equivalent to one American Depository Receipt listed in New York. At HK$176 a share, the sale of 500 million shares will raise $11.3 billion.

If lead managers exercise a so-called "green shoe" option to sell another 75 million shares, the deal value would rise to $12.9 billion. This would take place on the listing day or within 30 days afterward.