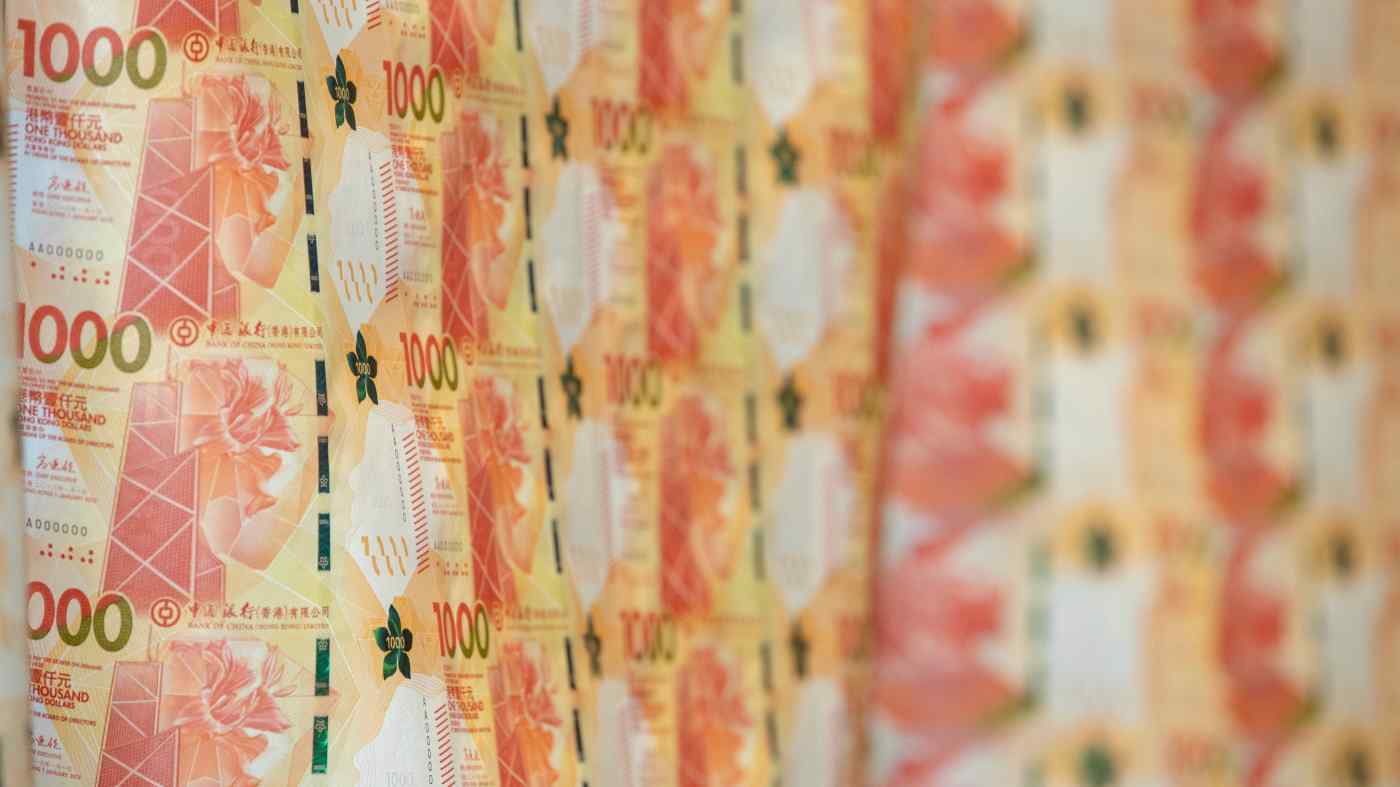 The surge in liquidity has forced the Hong Kong Monetary Authority to intervene in the market more than 20 times this month, injecting more than 200 billion Hong Kong dollars ($25.8 billion) into the banking system to weaken the local currency and keep it inside its trading band with the U.S. dollar.

The Hong Kong dollar is pegged at a range of 7.75 to 7.85 to the U.S. dollar, and the de facto central bank routinely intervenes to defend the peg.

"The Ant IPO is driving a lot of hot money into Hong Kong, leading to a surge in demand for the local currency," said Michelle Lam, greater China economist at Societe Generale in Hong Kong.

"While a strong pipeline of IPOs in the city will continue to provide support to the Hong Kong dollar, the situation should stabilize once Ant's IPO concludes, as others aren't anywhere near the same size," she said. "The surge in the aggregate balance is temporary."

The city's aggregate balance, the sum of balances in commercial banks' clearing and reserve accounts with the HKMA, is forecast to touch HK$450 billion on Thursday, surpassing the previous high of HK$426.3 billion set in November 2015.

"Since the schedule of Ant Group's IPO was confirmed, the market has been scrambling for Hong Kong dollar liquidity," OCBC Wing Hang Bank said in an investors' note on Monday. That has pushed the HKMA to intervene to boost liquidity levels, the bank said.

Intervention by the HKMA has intensified in recent days, including a record sale of HK$31.8 billion worth of local currency on Tuesday, data from the authority showed.

Ant, an affiliate of Alibaba Group Holding, is expected to make its trading debut on Nov. 5, in a dual listing on the Hong Kong and Shanghai exchanges.

Investors' demand for the company controlled by billionaire Jack Ma has been so overwhelming that Ant plans to stop taking subscriptions on Wednesday at 5 p.m. local time in each of the world's time zones -- a day earlier than previously planned -- for the Hong Kong portion of the offering, according to people familiar with the situation.

Some of the world's largest fund managers, sovereign wealth funds and state investment funds are bidding for the shares, with several putting in bids for more than $1 billion, these people have said.

Ant will return funds from unsuccessful bid applications on Nov. 4 after completing the allocation of the oversubscribed IPO, according to its prospectus.

Analysts said that should ease the demand for the Hong Kong dollar. The local currency also was given a boost by month-end demand from banks and the issuance of inflation-linked government bonds for the first time since 2016.