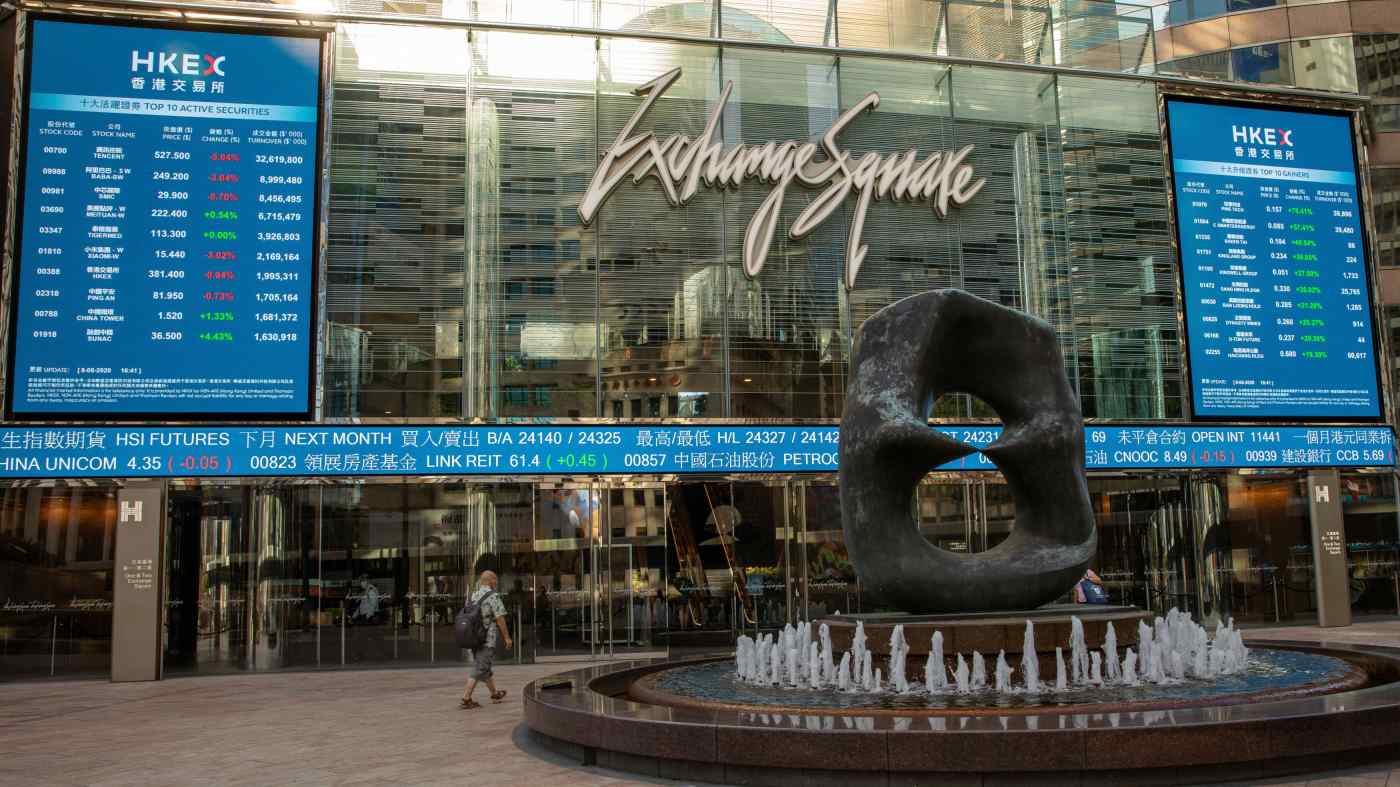 HONG KONG -- The shelving of Ant Group's huge initial public offering has come as a boon for scores of other companies lining up to list in Hong Kong.

They are keen to capture some of the $35 billion that flooded into the city to be invested in Ant -- and is now looking for another home.

With the money available, companies are rushing forward with plans to sell shares. The city is set to host more than $12 billion of new share offerings this month, the most since Alibaba Group Holding's secondary listing in November last year.

"We convinced our client to advance the timeline by a little over a week as the avalanche of liquidity is eager to find a home," said a person involved in one of the transactions. "For transactions, it is a question of timing. In Hong Kong, for the right priced quality company, the sweet spot is now."

Share offerings in the city, which has been the world's largest new listing destination in seven of the last 11 years, are not just being bolstered by the flush liquidity.

The encouraging news this week from Pfizer regarding positive results from its candidate vaccine for coronavirus has also whetted appetite for riskier assets -- as has the strong listing performance for past IPOs.

The money previously earmarked for Ant has also pushed global investors to increase their mainland holdings with net buying through the so-called "stock connect" scheme. It links the Hong Kong, Shanghai and Shenzhen exchanges, allowing international investors to trade shares listed in Shanghai and Shenzhen through the Hong Kong exchange, while mainland investors can trade securities listed in Hong Kong.

"We are not seeing any tangible evidence of it [the IPO market] slowing down," Charles Li, the chief executive officer of Hong Kong Exchanges and Clearing, said in an earnings call on Thursday, after the bourse posted record quarterly profit on the back of new listings and higher volumes.

Li said several new listings were due within weeks.

Ant's dual listing, which was expected to raise $39.6 billion and would have been the world's largest IPO, was due to be split equally between Shanghai and Hong Kong. But it was torpedoed by Chinese authorities two days before the Nov. 5 scheduled debut, after the Shanghai exchange cited a shift in regulation. The transaction had lured both global fund managers and retail investors and saw record subscriptions.

The deal also boosted the cash in Hong Kong's banking system to a record of 458.2 billion Hong Kong dollars ($59.1 billion). The Hong Kong Monetary Authority had to intervene more than 20 times last month to weaken the local currency and keep it inside its trading band with the U.S. dollar.

A week since the collapse of Ant's IPO's there is no sign of the cash rushing out. The city's aggregate balances -- the sum of balances in commercial banks' clearing and reserve accounts with the HKMA -- is forecast by the de facto central bank to remain stable even after the end of this week.

A portfolio manager at a global fund manager, which bid more than $1 billion for Ant shares, said he was combing through other IPOs and beaten-down mainland financial stocks looking at where to invest.

"It looks like investors have parked the cash for investment in the region," said Alicia Garcia Herrero, chief Asia Pacific economist for Natixis in Hong Kong. "Such demand can be met by good quality offerings that such investors can subscribe to. We are seeing a series of equity offerings in Hong Kong, and there has also been net buying of A shares through the stock connect."

Net buying of mainland listed shares through the stock connect scheme has touched 36.7 billion yuan ($5.6 billion) since Nov. 3 compared with net sales of 16 billion yuan in the preceding eight days, according to data from the Hong Kong stock exchange.

The buying also has more than reversed the dumping of mainland shares since the end of July. Ant flagged its plans for an IPO in late July, filed its prospectus on Aug. 25 and called off the IPO late on Nov. 2.

Global investors, who own less than 5% of Chinese shares, are using the funds available to increase their holdings in the world's second-largest stock market, anticipating higher returns over the next decade.

Analysts have said tensions with Washington will spur China to become self-reliant and develop its own technology and trading ecosystem, making it easier for investors to own Chinese stocks and bonds directly, rather than trying to gain exposure through the shares of foreign companies doing substantial business there, such as Apple and Daimler.

"We are seeing inflows via the stock connect and global appetite for Chinese stocks listed in Hong Kong," said Mark Dong, the co-founder of Minority Asset Management, which manages $2 billion. "Broadly such investors do not have enough exposure to Chinese stocks and are thirsting to increase it given the growth prospects."