Ant draws $2.8tn in bids from mom-and-pop investors in Shanghai 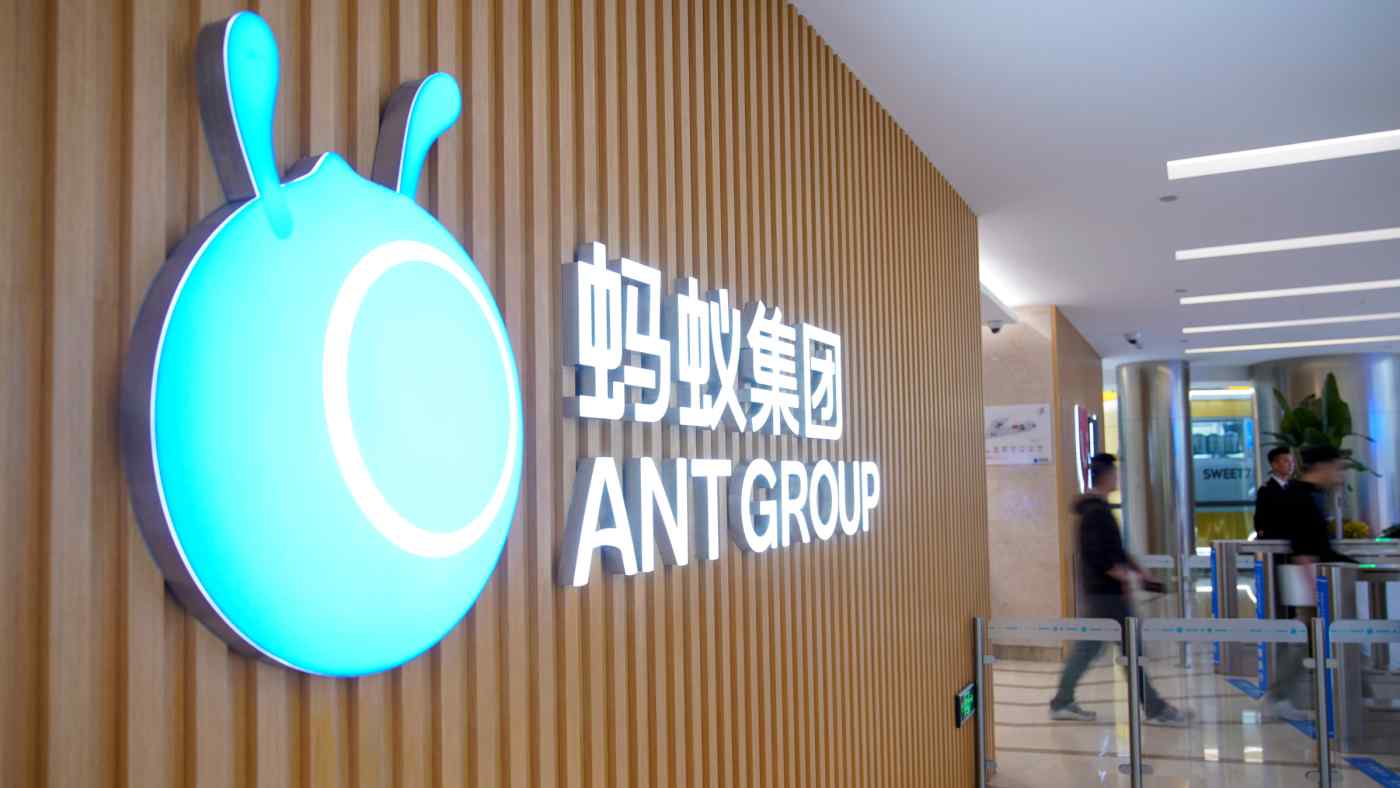 HONG KONG -- Ant Group's initial public offering drew a record 19.05 trillion yuan ($2.84 trillion) in bids from retail investors on the Shanghai side as mom-and-pop investors vied to grab a share of the world's largest IPO.

Ant aims to raise at least $34.4 billion before exercising the overallotment between the two centers. That would surpass the $29.4 billion IPO of Saudi Aramco last year.

The retail investor frenzy mirrors the enthusiasm shown by top fund managers, which are eager to own part of what will become one of the most valuable financial companies in the world. The IPO values Ant, which is controlled by billionaire Jack Ma and is an affiliate of Chinese e-commerce leader Alibaba Group Holding, at $313 billion -- bigger than JPMorgan Chase and China's largest lenders.

The huge demand pushed underwriters to exercise the overallotment option, boosting the number of shares on offer to 1.92 billion. That move, combined with a clawback clause for retail investors for oversubscription, meant retail buyers were allocated 0.127 shares for every 100 they bid to obtain, Ant said. After exercising the overallotment option and the retail clawback, strategic investors will get almost 70% of the Shanghai offering. Other institutional investors are being allocated just over 12%, while retail investors would walk away with 18.3%, the company said.

Ant, which set a price of 68.8 yuan per share for the mainland leg of the IPO, originally offered 4% of the 1.67 billion shares to retail investors across China.

The Shanghai portion of the IPO, which was poised to raise about $17.2 billion before underwriters exercised the 15% overallotment option, originally set aside 80% of the offering to strategic institutional investors, who agreed to a lock-in period of 12 months. Alibaba's Tmall unit agreed to buy 730 million shares as part of that tranche to keep the company's holding in Ant closer to current levels.

The remaining 16% was earmarked for other institutional investors, who put in bids for 76 billion shares, or roughly 284 times the shares on offer, Ant said Monday.

Retail investor activity in Hong Kong also has soared, with brokers lining up record amount of funds for margin financing. Bright Smart Securities & Commodities Group, one of the largest brokers in the city, saw an influx of new clients eager to invest in the IPO, with the broker funding 47 billion Hong Kong dollars ($6.06 billion) in margin loans already, according to a spokeswoman.

Retail investors appear set to receive a higher proportion of the offering in Hong Kong. Should Hong Kong retail bids reach at least 20 times the shares on offer, the allocation to such investors will rise to 10% of the Hong Kong offering, with allotments to institutional investors cut proportionately, according to the prospectus.

Heavy institutional investor demand forced the company to close the book a day to this group early, at 5 p.m. Wednesday local time in each of the world's regions instead of at that time on Thursday, people familiar with the matter said.

Cash in Hong Kong's banking system reached record levels this week, driven by massive inflows from global investors, forcing the Hong Kong Monetary Authority to intervene multiple times to weaken the local currency and keep it inside its trading band with the U.S. dollar.