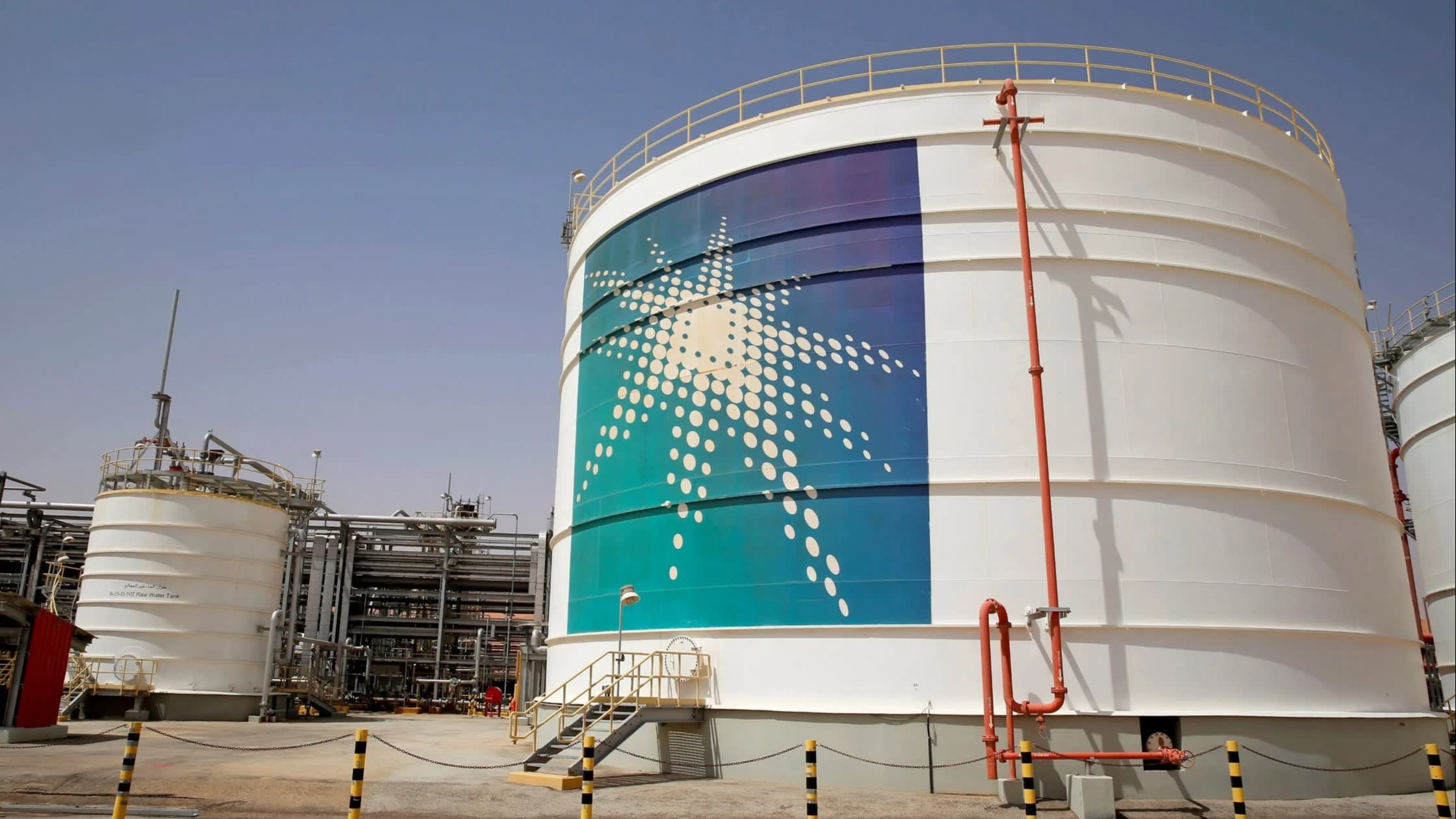 An Aramco oil tank is seen at the production facility at Saudi Aramco's Shaybah oilfield in the Empty Quarter, Saudi Arabia.   © Reuters

DUBAI/LONDON (Dow Jones) -- Saudi Arabian Oil Co. is considering a plan to split the world's largest IPO into two stages, debuting a portion of its shares on the Saudi stock exchange later this year, and following up with an international offering in 2020 or 2021, according to people familiar with the plans.

The company is leaning toward Tokyo as the venue for the second phase of its proposed plan, the advisers and officials said, as political uncertainty in the U.K. and China reduces the appeal of London and Hong Kong's markets.

Saudi Arabia's state oil giant, also known as Aramco, revived plans to sell 5% of its stock in an initial public offering earlier this month aimed at funding Saudi Arabia's efforts to diversify its economy beyond oil.

Aramco has seen many twists and turns on its road toward an IPO. Plans were drawn up for a potential listing in 2018, but the offering never materialized. Everything from the fundraising amount to the valuation of the company, to the venue for the listing has been hotly debated, according to people involved in the discussions. The company had initially targeted raising $100 billion, but it remains unclear what the final number will be.

The initial outcry that followed the murder of Saudi journalist Jamal Khashoggi last October also complicated plans to attract investors, according to people familiar with the matter.

But if Aramco and its advisers choose Tokyo as the setting for the international offering, it would be a disappointment for London and Hong Kong, which were initially seen as the most likely locations for the listing. Both locales were considered politically safer than the U.S., but are now less likely, the people said.

Saudi Crown Prince Mohammed Bin Salman has pushed for an IPO in New York as a way to deepen Saudi ties with President Donald Trump. But Aramco Chairman Khalid al-Falih has opposed the U.S. option over concerns that Saudi assets could be targeted by terrorism-related lawsuits. The Justice Against Sponsors of Terrorism Act, passed in 2016, allows terror victims' families to sue foreign countries for compensation.

The company could invite antitrust litigation if it were to list there due to its membership in the Organization of the Petroleum Exporting Countries and the cartel's efforts to control oil production and prices. Aramco identified the risk of such litigation in its bond-offering prospectus.

London, which has lobbied Saudi Arabia to host the IPO, was seen as a favorite when Prince Mohammed visited the U.K. last year. But the Aramco advisers and Saudi officials said they were increasingly concerned about the regulatory uncertainty that could arise from the U.K.'s plan to leave the European Union on Oct. 31.

On Wednesday, U.K. Prime Minister Boris Johnson moved to shut down Parliament for several weeks, a tactic aimed at preventing opposition lawmakers from blocking the U.K. from exiting the EU without a deal.

An Aramco adviser said leaving without an agreement increased the chances that the U.K. would align its legislation with the U.S. -- including the terrorism laws that have been an impediment to a New York listing.

Meanwhile, Hong Kong has been rattled by protesters who have fierce objections to a bill that would have allowed extradition of criminal suspects to China. The demonstrations have evolved into a broader pro-democracy movement and disrupted business and travel.

Aramco's press office said the "company continues to engage with the shareholder on IPO readiness activities." It "is ready and timing will depend on market conditions and be at a time of the shareholder's choosing," it said in an email comment. A spokeswoman for the London Stock Exchange declined to comment. The Hong Kong bourse didn't respond to a request for comment.

The Saudi officials and Aramco advisers said no final decision has been made about where, or when, any listings would take place and all options remained open. Still, officials said they were leaning toward a listing on the Tokyo exchange, which doesn't face the same political risk that overhangs some of its rivals.

Japan Exchange Group's Chief Executive Akira Kiyota has repeatedly expressed his eagerness to have Aramco listed in Tokyo. And in June, Saudi Arabia, which supplies about a third of Japan's oil, mentioned "cooperation in the IPO of Aramco" in an outline for economic partnership with Japan.

The Tokyo exchange has attracted some of the world's largest IPOs, including last year's nearly $24 billion issue by Softbank Group Corp's mobile phone unit. It was the world's second largest IPO after China's Alibaba Group Holding Ltd. listing in 2014, and showed that the exchange can manage big debuts and serve a large pool of investors.

Aramco's interest in pursuing a local listing emerged as the company has discussed with bankers the possibility of launching the IPO before the end of this year, and asked about the valuation Aramco might expect with a domestic-only offering, according to people familiar with the matter.

Prince Mohammed is looking to value Aramco at $2 trillion. Bankers and other Saudi officials say they believe a range of between $1.2 trillion and $1.5 trillion is more realistic.