Nikkei falls more than 3%, touching its lowest point since November 2020 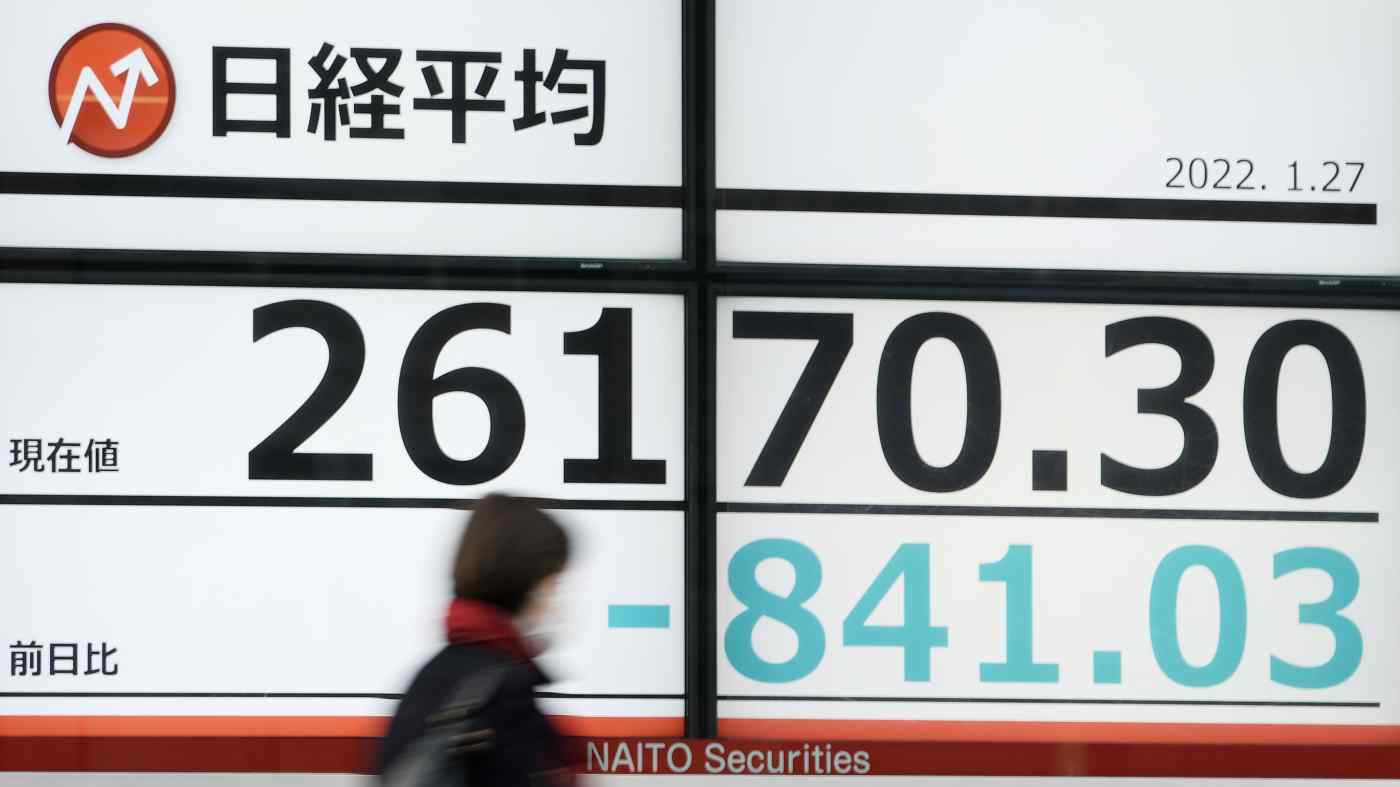 In its latest policy update on Wednesday, the Fed indicated it is likely to raise U.S. interest rates in March, as has been widely expected, and reaffirmed plans to end its bond purchases that month before launching a significant reduction in its asset holdings.

But in the follow-up press conference, Powell warned that inflation remains above the Fed's long-run goal and supply chain issues may be more persistent than previously thought.

"There was a marked shift in terms of a relatively dovish statement and then a relatively hawkish press conference," said David Chao, global market strategist, Asia Pacific (ex-Japan) at Invesco.

"Powell (is) not committing to the size or the frequency of rate hikes and also the timing of the balance sheet reduction. I think that buys him a bit of wiggle room as to how quickly and with what velocity he wants to normalise monetary policy in the U.S." said Chao, adding that moves would depend on upcoming economic data.

Fed funds futures showed traders pricing in as many as five hikes by December, after previously fully pricing for four increases.

Concerns that the Fed will increasingly prioritize fighting inflation walloped share markets. MSCI's broad gauge of regional markets outside Japan fell 2.2% on Thursday to its lowest level since Nov. 5, 2020, and is on track for its worst week since Feb. 2021.

In Tokyo, the Nikkei fell more than 3%, touching its lowest point since Nov. 2020.

These in turn helped the dollar, lifting the dollar index, which measures the greenback against major peers, to 96.604, near five-week highs..

"The interesting play seems to be that yield differentials matter again, so we've got a decent set-up on dollar-yen. If you look at the yield differential between the 2-year on the U.S. and the Japanese, it's just shot up," said Matt Simpson, senior market analyst at City Index in Sydney.

The spread between the U.S. and Japanese 2-year yield widened to 124.22 basis points on Thursday, its highest since late February 2020.

In commodities markets, oil prices eased but remained elevated near $90 per barrel, a level last seen in October 2014, on festering tensions between Russia and Ukraine.

The United States said on Wednesday it had set out a diplomatic path to address sweeping Russian demands in eastern Europe, as Moscow held security talks with Western countries and intensified its military build-up near Ukraine with new drills.

U.S. officials say they are in talks with major energy-producing countries and companies worldwide over a potential diversion of supplies to Europe if Russia invades Ukraine, although the White House said it faces challenges finding alternative sources of energy supplies.

"When you see gold falling with stocks it's usually a signal that things aren't so well, but you can really tie everything back to the Fed raising rates, the dollar screaming higher with the yields, everything else is going the opposite way," said Simpson at City Index.