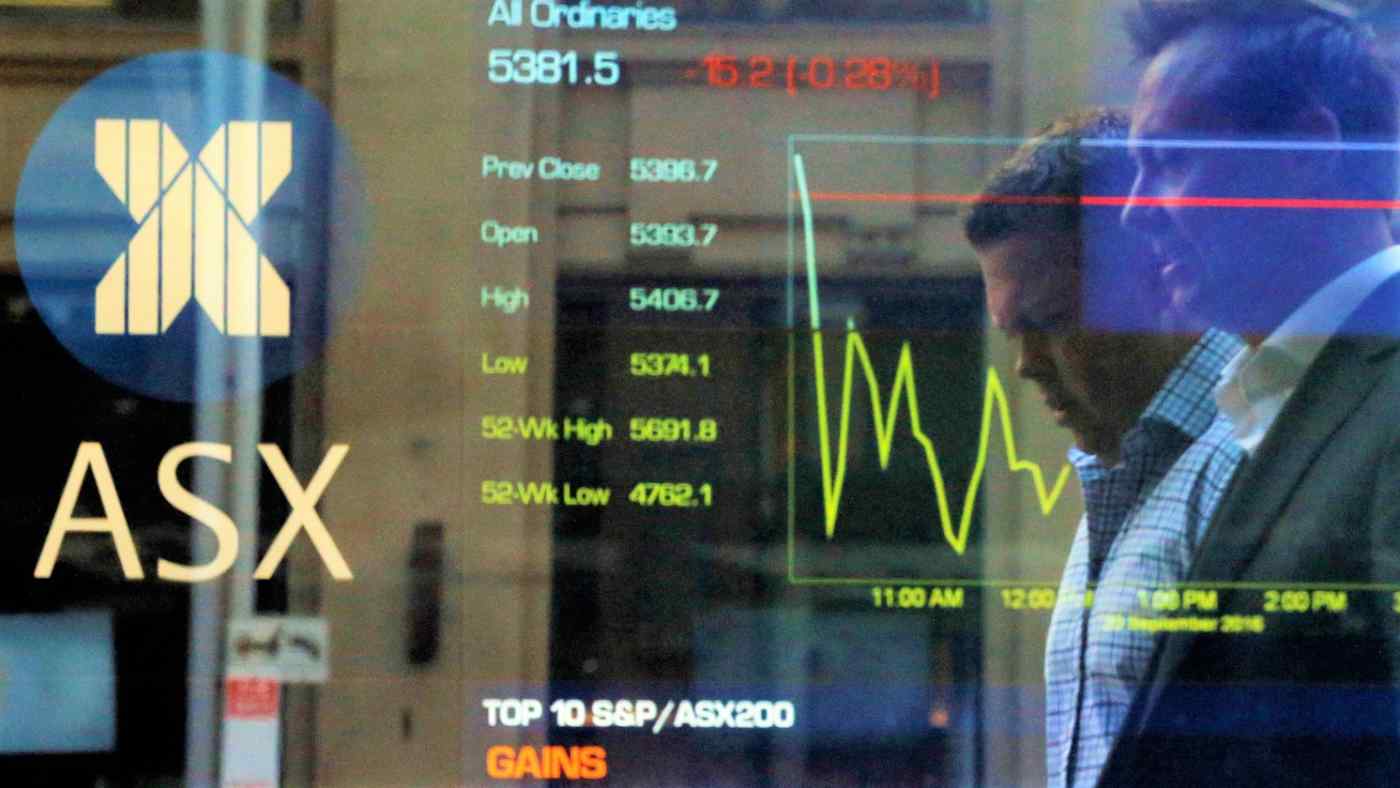 MELBOURNE -- Chinese companies have lost their welcome with Australia's stock markets amid a campaign by the local securities regulator to enforce governance standards.

Around 20 companies, or roughly a third of those previously listed on the Australian Securities Exchange and two smaller local boards, have been purged over the last two years while no new ones have been accepted. This has left 46 Chinese stocks still trading across the ASX and the National Stock Exchange but no shares of any sort left on the Sydney Stock Exchange which had specifically focused on China.

"It has become almost impossible to list a China company on the ASX," said Michael Beer, principal of boutique financial advisory Beer & Co. "I have had one Chinese listing which has been delisted by ASX. That is one too many for me," he said, pledging to avoid such clients in the future.

The clear-out is the result of a preemptive enforcement drive by the Australian Securities and Investment Commission launched after observing large investor losses in episodes abroad such as the collapse of Sino-Forest, a Toronto-listed Chinese forestry company found to have inflated the value of its assets, and the demise of a string of small Chinese companies that made their way onto U.S. markets by buying dormant listed companies.

"The tightening of the listing rules that we have seen in recent years has helped protect the integrity of the market," said Judith Fox, chief executive of the Australian Shareholders' Association, which advocates for retail investors.

ASIC's drive has come against a background of increased tensions between Australia and China. While Beijing has publicly criticized moves by Canberra to block a number of high-profile Chinese investments into the country and its antipathy to Huawei's involvement in new network and undersea cable projects, Chinese officials have not commented on the stock purge, which has largely involved thinly traded companies.

The ASX delisted China Dairy, a Chinese mainland milk producer, last July after citing its irregular board meetings, inadequate number of directors and empowering of an outside consultancy to take decisions in place of the board or management. Massage and wellness chain Traditional Therapy Clinics was cut in December for having no directors residing in Australia, irregularities in its banking records and a failure to make required filings.

Other problems ASIC has cited with listed Chinese companies include failures to translate documents for non-English speaking directors, token board involvement by Australian-resident directors and irregular corporate structures set up to get around outbound investment restrictions.

The SSX, previously known as the Asia Pacific Stock Exchange, attracted six Chinese listings between 2014 and 2017.

G-Link International lost its place on the market last year after less than a year of trading. The SSX said the company was no longer "suitable" after disclosures that a former director had made more than $1.35 million in suspicious payments from the company's account to one in Hong Kong. Australia Santia Jinnai Culture Development Holdings Group, the exchange's last listing, lost its place in January after failing to replace directors and other key executives who resigned and failing to file its half-year financial report.

The SSX declined to comment on its current status.

Some Chinese companies have given up their Australian listings by choice. Sanhe Building Materials Technology, a concrete producer from Anhui Province, left the SSX in 2017 after its annual revenues plunged by nearly half.

"There were simply no trades on the market," said Bill Lam Long-huy, a former company secretary and director of Sanhe.

Previously, the ASX and its peers were "seen as a relatively easier place to list than other markets such as Singapore, Hong Kong and the U.S.," according to Alasdair McLean, who advises listing candidates as head of the Melbourne office of law firm Piper Alderman.

ASIC and the exchanges have been careful not to name Chinese companies as a specific target of their heightened enforcement. Rather, the explicit focus has been on "emerging market issuers." This is especially the case for an ASX special committee formed in 2016 to review "high risk" listing applications.

All emerging market companies seeking to list on the ASX now have to face this committee. The committee has so far rejected about 40 such applicants, according to exchange spokesman Matthew Gibbs.

"The bulk of these are from China," he said, while adding that the exchange had not closed its doors to Chinese companies. He noted it had been holding seminars in the country about listing procedures and governance standards.

"Most emerging market or Chinese companies do not make it through" the National Stock Exchange's enhanced vetting process either, according to Andrew Musgrave, head of business development at the Sydney-based board. "We used to get a lot. But they have realized it is tougher here now."