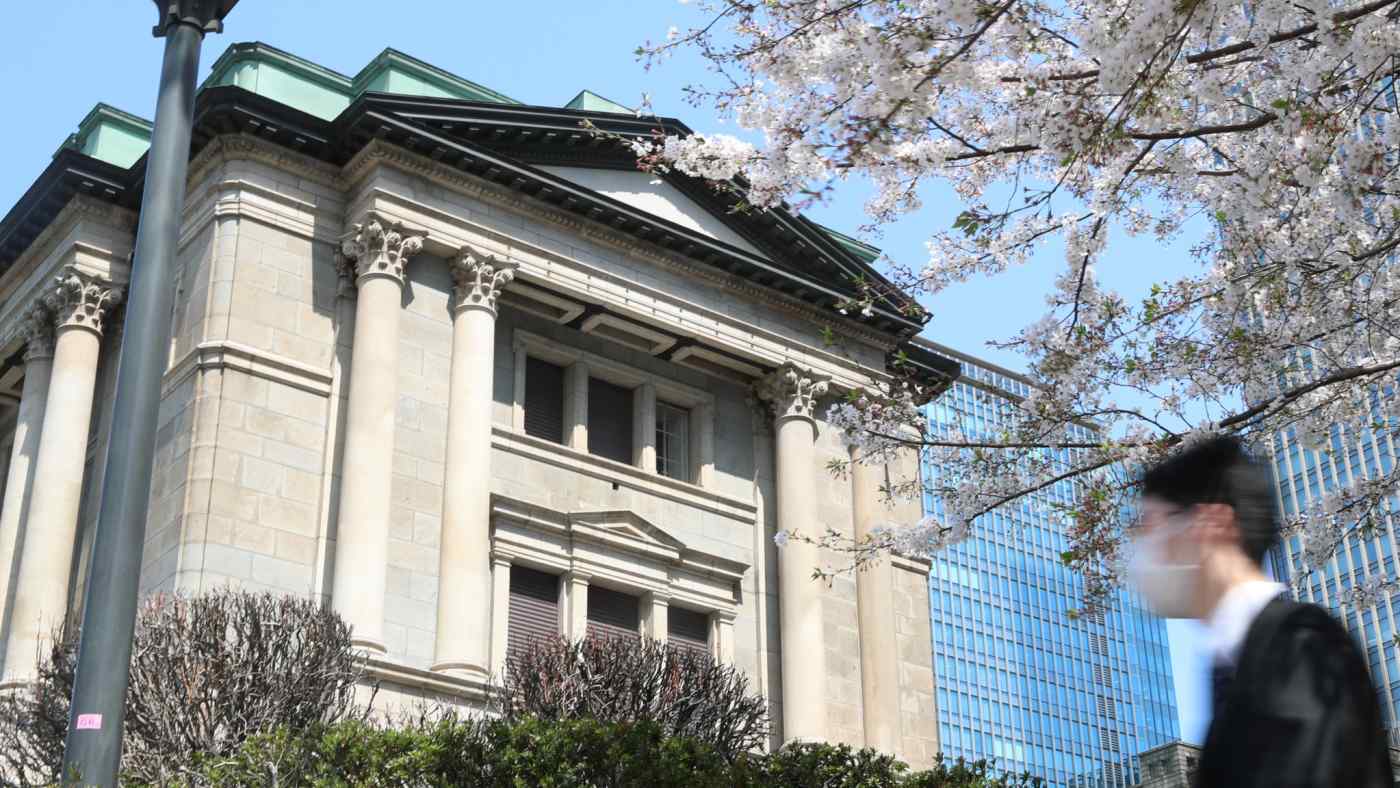 The Bank of Japan will likely step in if the benchmark 10-year yield moves closer to its 0.25% cap. (Photo by Rie Ishii)
TATSUYA GOTO, Nikkei staff writerFebruary 6, 2022 00:01 JST | Japan
CopyCopied

TOKYO -- Upward pressure driving U.S. and European interest rates higher has reached Japan, with the benchmark 10-year yield nearing the threshold that could prompt the Bank of Japan to step in with an emergency market operation.

The yield on newly issued 10-year government bonds touched a six-year high of 0.20% at one point Friday, moving closer to the 0.25% upper target set by the central bank. If the yield moves further closer to the cap, the BOJ will likely carry out an operation to purchase an unlimited amount of bonds at a fixed rate to ease the pressure.