Bank of Japan pulls out disaster playbook to tackle coronavirus 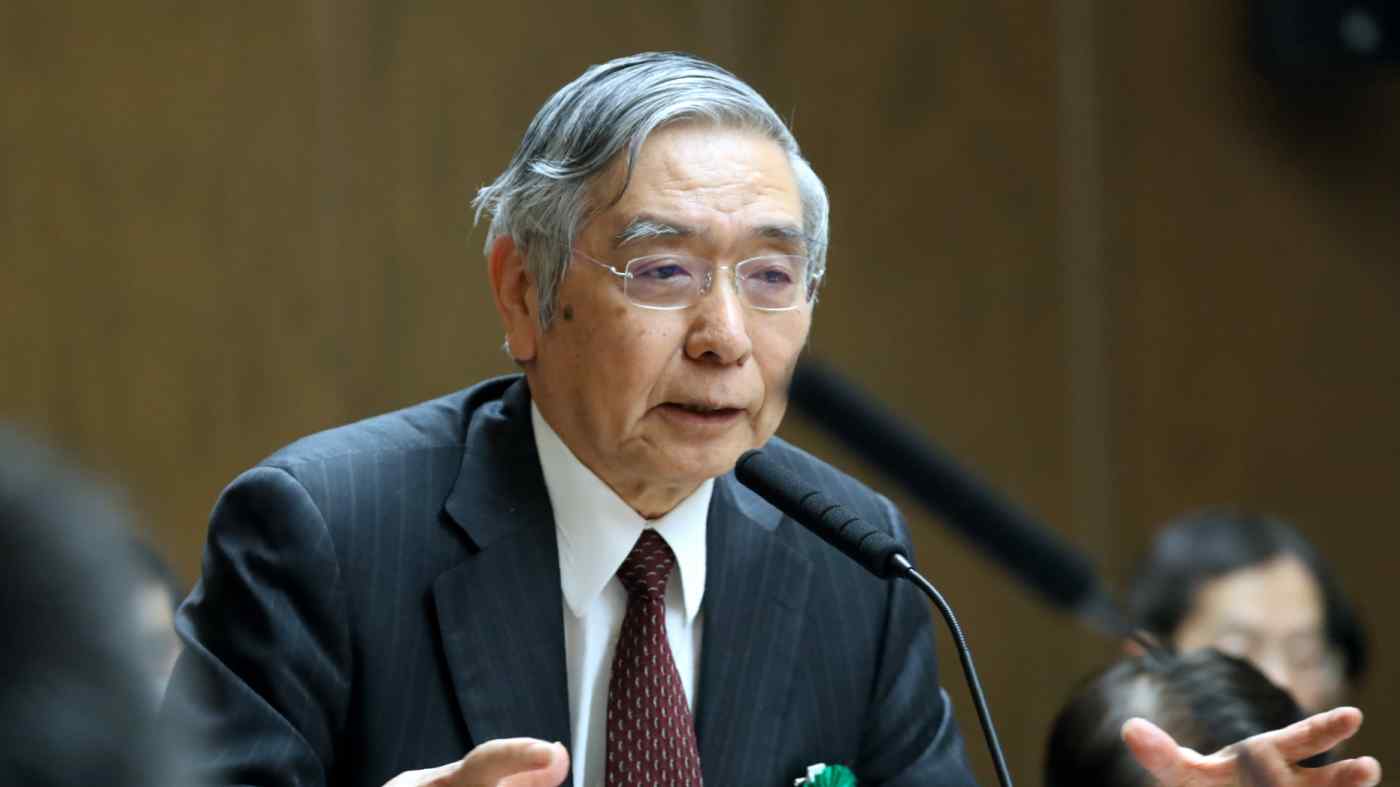 TOKYO -- The Bank of Japan is expected to boost purchases of exchange-traded funds beyond the planned 6 trillion yen ($57.4 billion) a year if needed, as part of efforts to limit economic and stock market turmoil fueled by coronavirus fears.

Such a pledge is anticipated at the central bank's March 18-19 policy meeting, when the BOJ also likely will consider incentives to encourage lending by commercial banks to affected small businesses.

Bank officials are expected to consider options at the policy meeting, including sending a message to the nervous public that the central bank remains committed to its ETF buying, which essentially plays the role of supporting stock prices. The BOJ appears to think that emphasizing its flexibility in scooping up funds beyond the 6 trillion yen target is a better approach, rather than increasing the target itself.

The central bank already raised the daily ceiling to about 100 billion yen from around 70 billion yen starting March 2. Purchases so far this year total about 1.4 trillion yen.

Another tool the BOJ likely will use involves supporting financing for smaller companies, many of which have seen sales tank as their supply chains are disrupted and consumers stay home.

After the massive 2011 Japanese earthquake and the 2016 temblors that hit Kumamoto, the central bank created schemes for providing low-rate funds to lenders in affected regions so they could offer loans to finance rebuilding efforts.

The BOJ could employ a similar program, working with the government -- which has passed aid packages of low-rate loans for small and midsize enterprises totaling 1.6 trillion yen.

To channel funds to smaller businesses, the central bank could consider incentives for commercial lenders. These include allowing lenders to reduce deposits held at the central bank, which are subject to negative interest rates, by the amount of loans taken from the BOJ for this purpose.

A move by the BOJ to deepen negative interest rates is considered doubtful. Lower rates are unlikely to stimulate demand in the current economic climate, and they could hurt financial institutions' business.