Black Monday 2020: How it happened around the globe 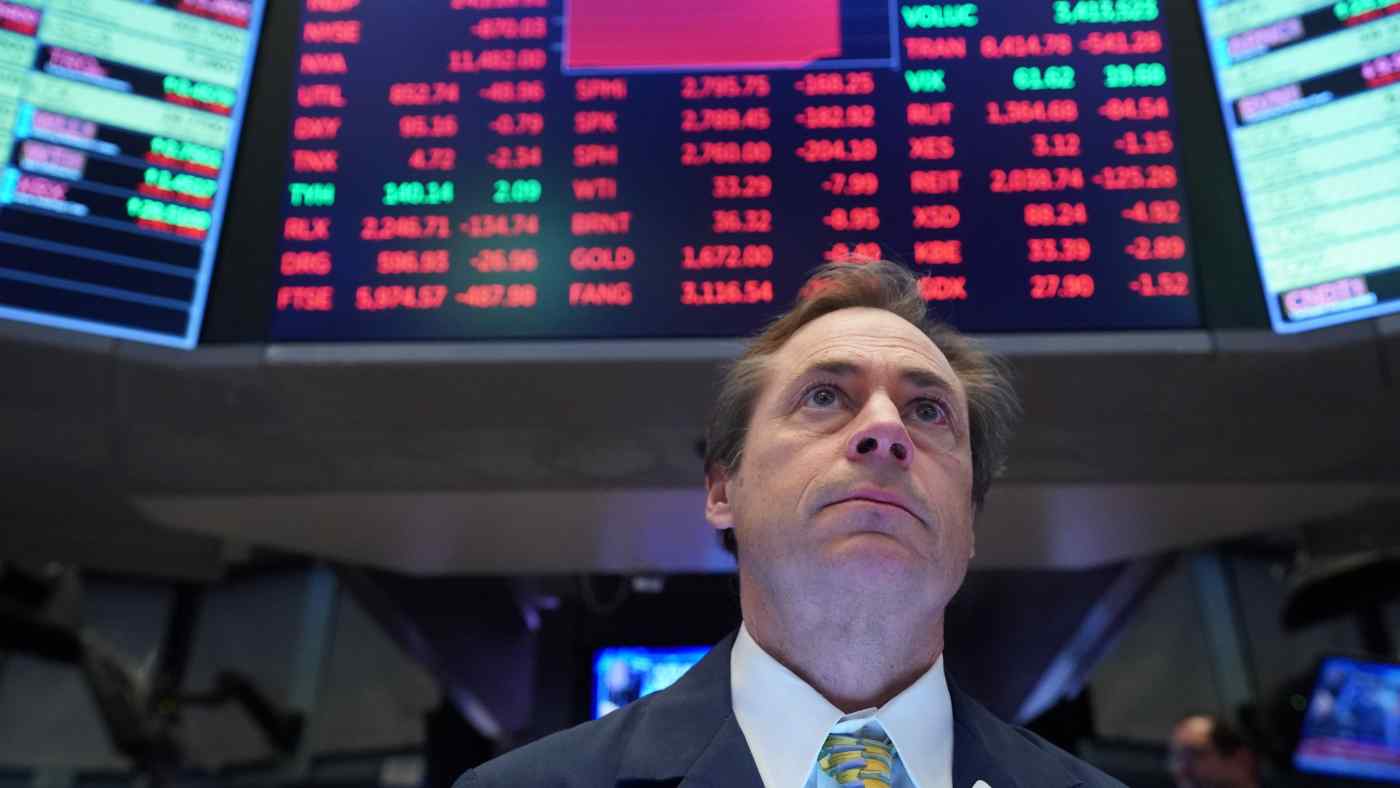 From a sharp appreciation in the yen to an equity nosedive that halted trading in New York, here is how the day unfolded in the world's key markets.

7:50 a.m., Tokyo time. The yen entered the 103 range against the dollar, its strongest position since January 2019. Many stock traders showed up to work early, as foreign exchange rates and interest rate futures pointed to a volatile session ahead.

9 a.m. The Nikkei Stock Average opened at a stronger-than-expected 20,343 as sell orders, including for blue chips like SoftBank Group, flooded in without matching buying bids.

10:30 a.m. The Nikkei index dropped more than 1,000 points. Market watchers attributed the plunge to retail investors dumping their holdings to avoid further losses, especially if they were involved in margin trades, which then led to even lower stock prices and greater losses. 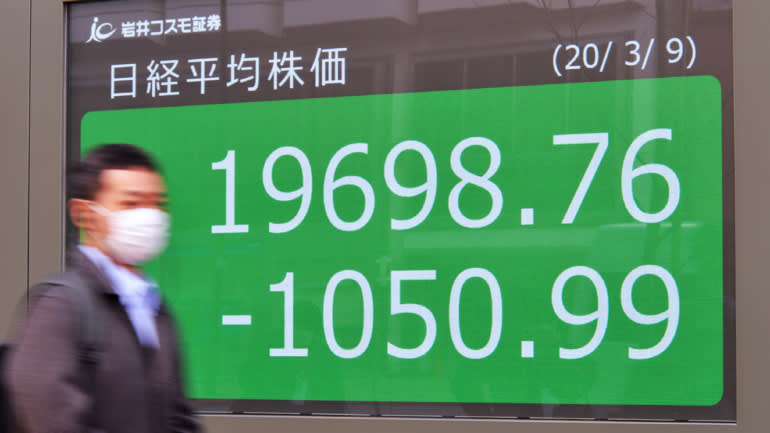 By around 10:30 a.m., the Nikkei index had dropped more than 1,000 points from the previous close. (Photo by Kento Awashima)

10:50 a.m. The Japanese currency gained by 1.5 yen in two minutes to the 101 range against the dollar, due partly to technical difficulties on Rakuten Securities' website. Stock and currency trading on the platform were disrupted for almost 30 minutes. Many retail customers also had their positions closed automatically by a safeguard designed to prevent further losses.

11:32 a.m. With retail investors seeing no choice but to sell, a circuit breaker was triggered for Mothers Index Futures, which tracks the Tokyo Stock Exchange's Mothers Market for high-growth stocks.

2:30 p.m. Bank of Japan Gov. Haruhiko Kuroda attended a parliamentary upper house budget meeting. "We will not hesitate to respond appropriately as needed," he said, but did not cite specific stimulus measures. The market did not respond to his remarks. 3 p.m. The Nikkei index closed down 1,050 points at 19,698, recovering slightly from the intraday low but still ending under 20,000 for the first time in 14 months. The yen depreciated slightly to the 102 range against the dollar.

Russia's central bank announced it would suspend purchases of foreign currency following the fall in oil prices. "A worst-case scenario appears to be unfolding for oil markets," said Fidelity International's James Trafford, citing a shock in both supply and demand.

3:30 p.m. Hiroaki Nakanishi, chairman of the Japan Business Federation, or Keidanren, held a news conference in Tokyo. "Financial institutions and businesses have healthy balance sheets, and this is a different situation from the Lehman shock and other financial crises," he said.

6 p.m. The International Energy Agency predicted that global demand for oil will fall in 2020 for the first time in 11 years. "Containment measures have resulted in drastic reductions in international and domestic transportation around the world," the agency said.

European stock exchanges opened to significant drops, with BP shares falling as much as 29% and Royal Dutch Shell dipping 22% from Friday's close. "The market is in the process of pricing a global recession," said George Saravelos, a strategist at Deutsche Bank. 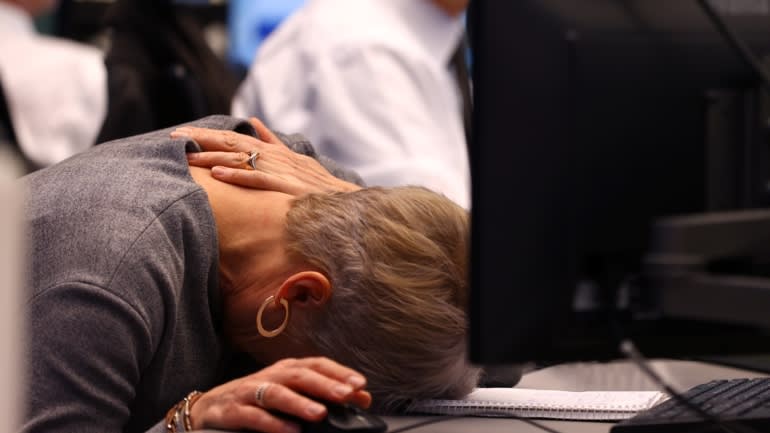 10:34 p.m. New York trading began with major drops in both the Dow Jones Industrial Average and the S&P 500 stock indexes. Stock trading was halted for 15 minutes after a 7% decline in the S&P triggered a market circuit breaker.

This mechanism was activated for the first time since a rule change in 2013. Matt Maley, a strategist at Miller Tabak, said the market was experiencing a literal shock.

American financial institutions are starting to spread trading operations across multiple locations as the coronavirus spreads in New York. Some have sales representatives and traders in different places. But such efforts have slowed their response to orders in some cases, and could pose problems in the face of market volatility, said an asset manager at an American insurer.

Twitter was abuzz with posts claiming trading on a certain online brokerage had been suspended, further sapping investor confidence.