CNOOC shares gush in Shanghai debut thanks to modest pricing 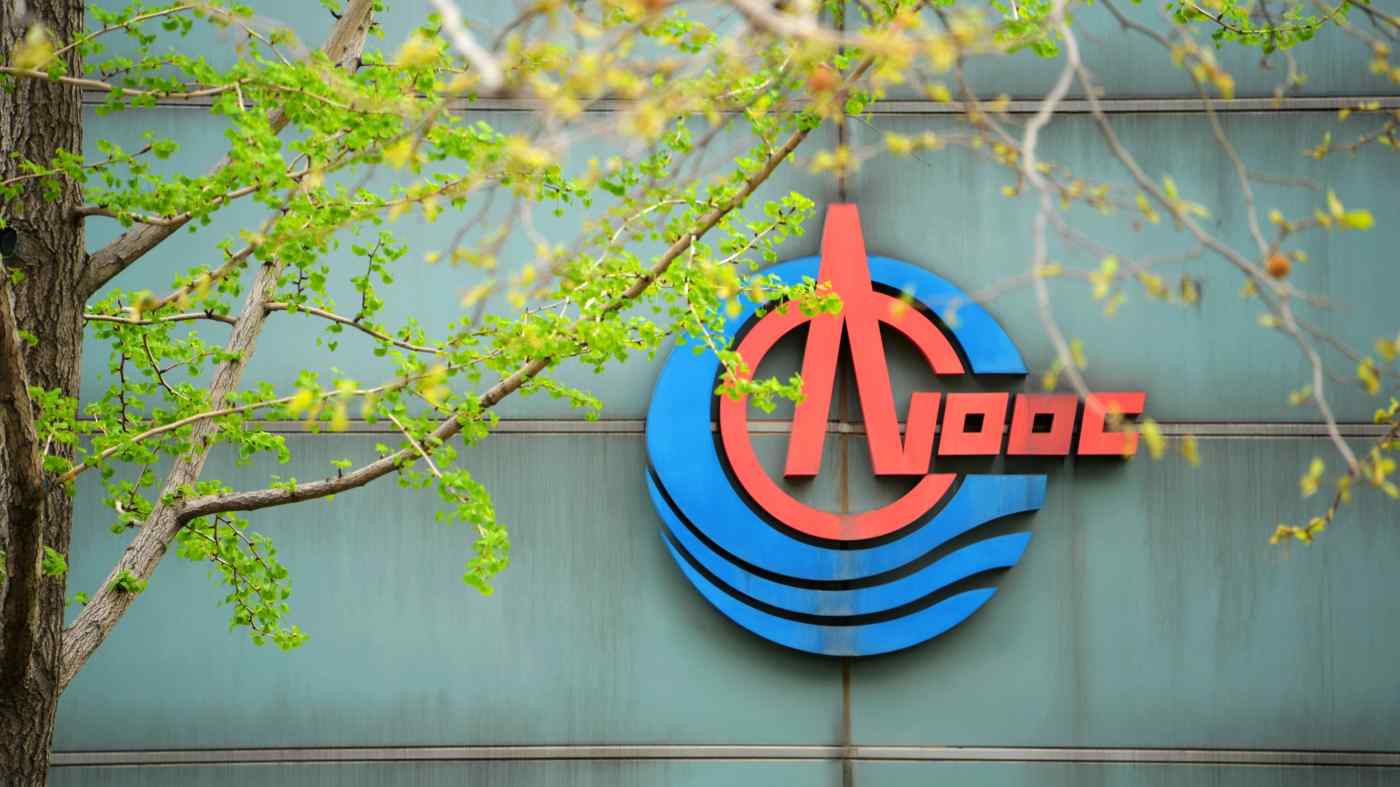 HONG KONG -- Shares of Chinese state-owned oil company CNOOC rose by the maximum allowed 44% in early trading during its debut on the Shanghai Stock Exchange on Thursday.

"The A-share listing is an important milestone in the history of the company," said Chairman Wang Dongjin in a statement on Thursday, referring to the company's Shanghai shares. "We will take this opportunity to make full use of domestic and overseas financing channels to promote the high-quality and sustainable development of the company."

The listing comes after the New York Stock Exchange ejected CNOOC in October in compliance with an executive order issued by the Trump administration requiring American investors to divest from companies designated part of the "Chinese military-industrial complex."

China Telecom and China Mobile, which preceded CNOOC in migrating from New York to Shanghai, received much more tepid welcomes. China Mobile closed nearly flat on its first day in January while China Telecom has been trading below its Shanghai sale price for months.

All three state companies have continued to trade in Hong Kong throughout. CNOOC's Hong Kong shares closed 2.5% lower at HK$10.88.

Enthusiasm for CNOOC shares stemmed in large part from the company's decision to price its Shanghai stock at a much more modest premium to its Hong Kong shares than peers did.

CNOOC set pricing of its offering 14% over its closing price the previous day in Hong Kong. By comparison, China Telecom last August claimed a 90% premium while China Mobile demanded 52%.

Even though Hong Kong and Shanghai shares usually carry the same voting rights and dividend payouts, stock prices can diverge greatly, with domestic stock usually trading at a premium that analysts trace in part to mainland China's closed-off market. An index tracking the differential for 98 major companies stood at 141.15 at the time of CNOOC's pricing, indicating domestic shares were then valued at an average premium of 41.2% to their Hong Kong analogs.

Wu Xiaonan, now company secretary, said last week that the sale pricing was decided on a "reasonable" basis following proper market procedures, adding that there was "certain room left to take profit in the secondary market."

CNOOC's contrasting performance in Shanghai and Hong Kong on Thursday widened the valuation gap to 55%.

The company sold 2.6 billion new shares in the offering, representing 5.5% of its enlarged share capital.

Nearly half the shares were allotted to 12 strategic investors, all linked to the Chinese government. CNOOC's prospectus stated that "SOEs or their subsidiaries who aspire to invest long-term" would be given priority.

While most cornerstone investors in the Shanghai offerings by China Telecom and China Mobile were also fellow state enterprises, a subsidiary of video streaming app Bilibili was part of the former, while the Brunei Investment Agency joined the latter.

CNOOC has an option to upsize its stock sale to 2.99 billion shares, which would bring gross proceeds up to 32.29 billion yuan. It plans to spend the sale windfall on ongoing oil and gas field development projects in Guyana and the South China Sea, reflecting its mission from Beijing to support energy self-sufficiency.

The rising price of oil has been a powerful tailwind for the company. By contrast, state-owned peers PetroChina and China Petroleum and Chemical, or Sinopec, are heavily involved in downstream retail fuel sales and petrochemical production, offsetting their gains from pumping out oil and gas.

CNOOC posted 70.32 billion yuan in net profit last year, nearly tripling its 2020 earnings. Revenues rose 58% to 246.11 billion yuan. The company said on Tuesday that it expects to report a net profit gain of as much as 89% for the first quarter, with revenue rising up to 58% again.

According to media reports, CNOOC is considering withdrawing from oil field investments in the U.K., U.S. and Canada to reduce its vulnerability to further Western sanctions. Asked repeatedly about such reports at last week's event, Chief Executive Xu Keqiang said the company "will not comment on market rumors."

"We will continue to optimize our domestic and overseas asset allocations," he added.