As a result, price fluctuation risks are gradually building in the market TOKYO -- Foreign investors for the first time have become bigger holders of Japanese government bonds than Japanese banks. The ratio of short-term JGBs, known as Treasury Discount Bills, held by foreign investors has also risen to an all-time high.

In trading environments favorable to holders of dollars, foreign investors raise yen inexpensively and buy JGBs. But since foreign investors often invest in JGBs for the sake of quick returns, they could also withdraw their funds in chorus in times of emergency. Price fluctuation risks therefore are gradually building in the JGB market. According to July-September data on flows of funds accounts compiled by the Bank of Japan, foreign investors at the end of the quarter held 6.1% of medium- to long-term JGBs, which mature in one year or more and include fiscal investment bonds. At the same time, domestic banks had 5.9% of these JGBs.

This is the first time since 1997, when the BOJ began to keep such records, that foreigners have held more JGBs than Japanese banks.

The BOJ remained the biggest holder of JGBs, at more than 40%, as it keeps increasing purchases under its ultra-aggressive credit-easing policy. Nonetheless, the JGB ownership structure is undergoing gradual change. 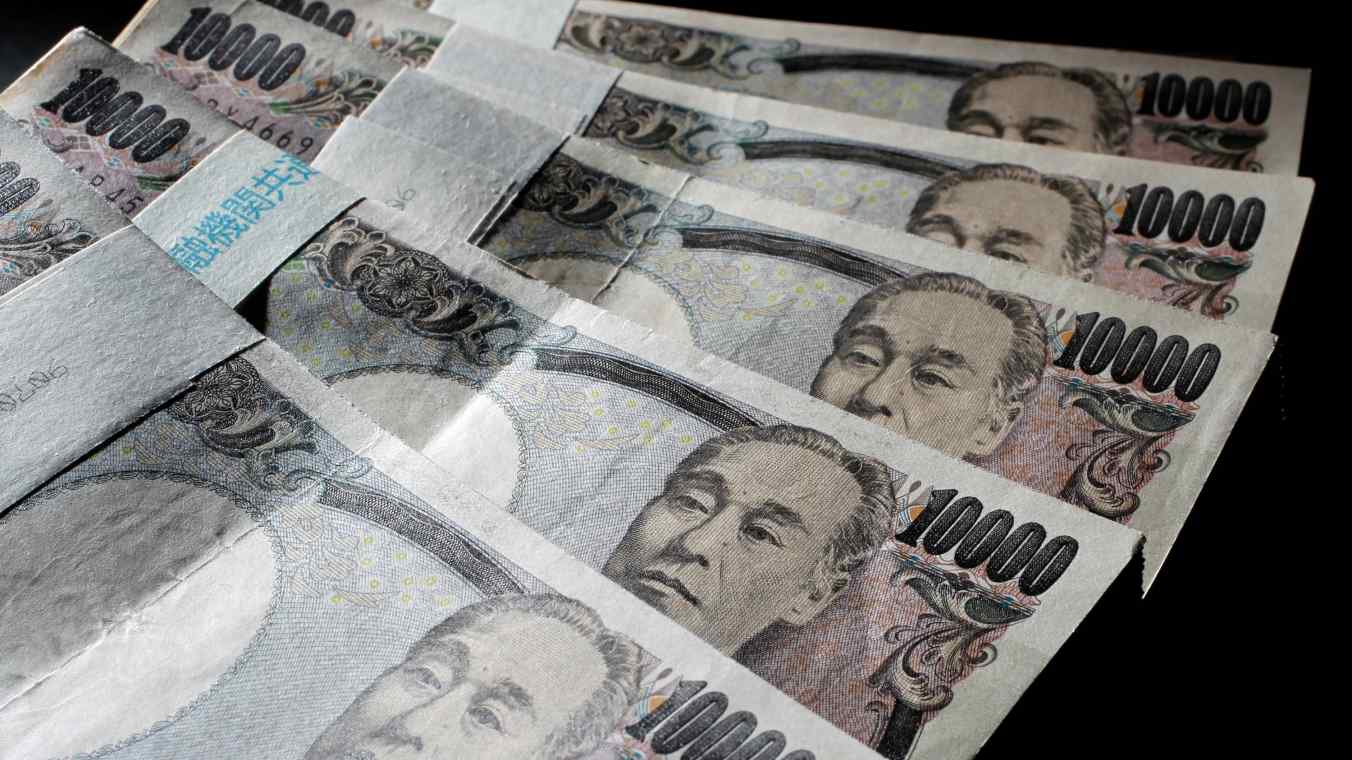 As for treasury bills, which mature in one year or less, foreign investors held 55% at the end of September, a twofold increase from the end of March 2013, just before the central bank launched its super-easy-money policy. The ratio of foreign-owned treasury bills in 2017 has continued to set record high after record high.

And foreign investors are increasing their year-end purchases of these bills. Weekly net buying from Dec. 3 to Dec. 9 hit a post-2005 high, according to the Ministry of Finance.

Government bonds tend to be sold when the issuer's financial state worsens. Despite Japan's high ratio of public debt to gross domestic product and its persistent fiscal ills, however, foreign investors are increasing their purchases of JGBs, expecting to lock in quick profits.

They can expect this outcome thanks to Japan keeping interest rates near zero while U.S. rates are trending upward. The situation stimulates demand for dollars. Employees of a foreign exchange trading company in Tokyo take a look as the benchmark 10-year Japanese government bond yield drops into negative territory for the first time on Feb. 9, 2016.   © Reuters

These investors are especially smitten with treasury bills, which have less maturation risks. But demand for these instruments is so high that it is spilling into the market for 2- and 5-year JGBs, according to Katsutoshi Inadome of Mitsubishi UFJ Morgan Stanley Securities.

The foreign presence in the JGB market will continue to build as the low interest rates dampen Japanese banks' willingness to invest in JGBs, Inadome said.

Meanwhile, all the foreign buying of JGBs is helping to stabilize prices since it allows the Ministry of Finance to sell to a more diverse range of buyers.

But at some point those expectations for quick profits will come into play. If this happens en masse, JGB prices could begin to wildly fluctuate. A rush back into dollars could be triggered by sudden changes to the trading environment.

Of near-term concern is a deterioration in the North Korea situation, which could bring about an increase in JGB sales, Noguchi said.

As for the medium and long terms, if Japan's fiscal health further deteriorates, foreign investors could be prompted to withdraw their funds from the JGB market. JGB prices would also become highly unstable if the BOJ were to point its ultra-loose monetary policy toward the exit while quick-return-seeking investors hold so many JGBs.