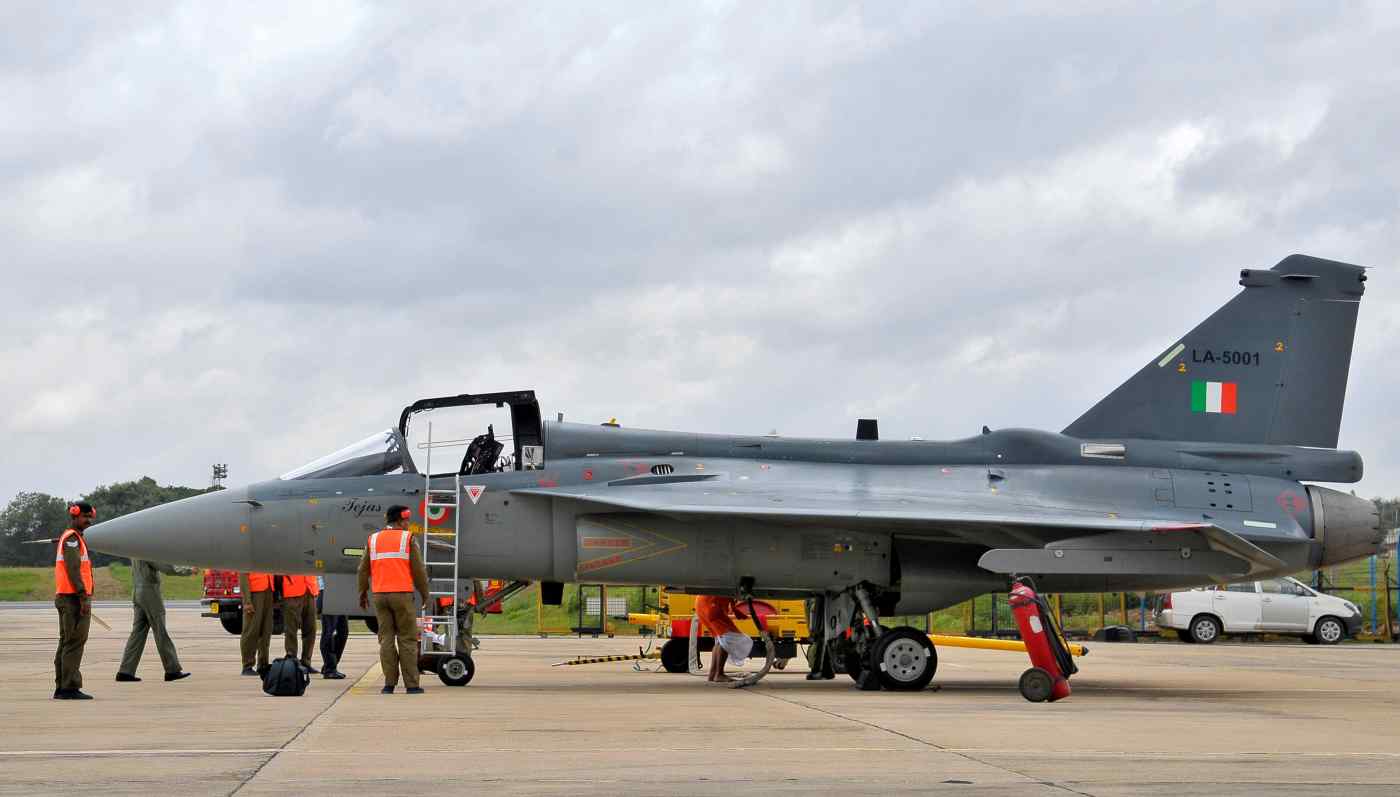 Hindustan Aeronautics is looking to double the annual production rate of its homegrown fighter jet Tejas to 16 over the next two years.   © Reuters
March 13, 2018 22:00 JST | India
CopyCopied

The IPO of state-run Hindustan Aeronautics, or HAL, which manufactures aircraft, helicopters, aero-engines and other aerospace parts, comes at a time when the south Asian nation -- the world's largest arms importer -- is banking on foreign investments and privatization to reduce the country's dependence on military imports.