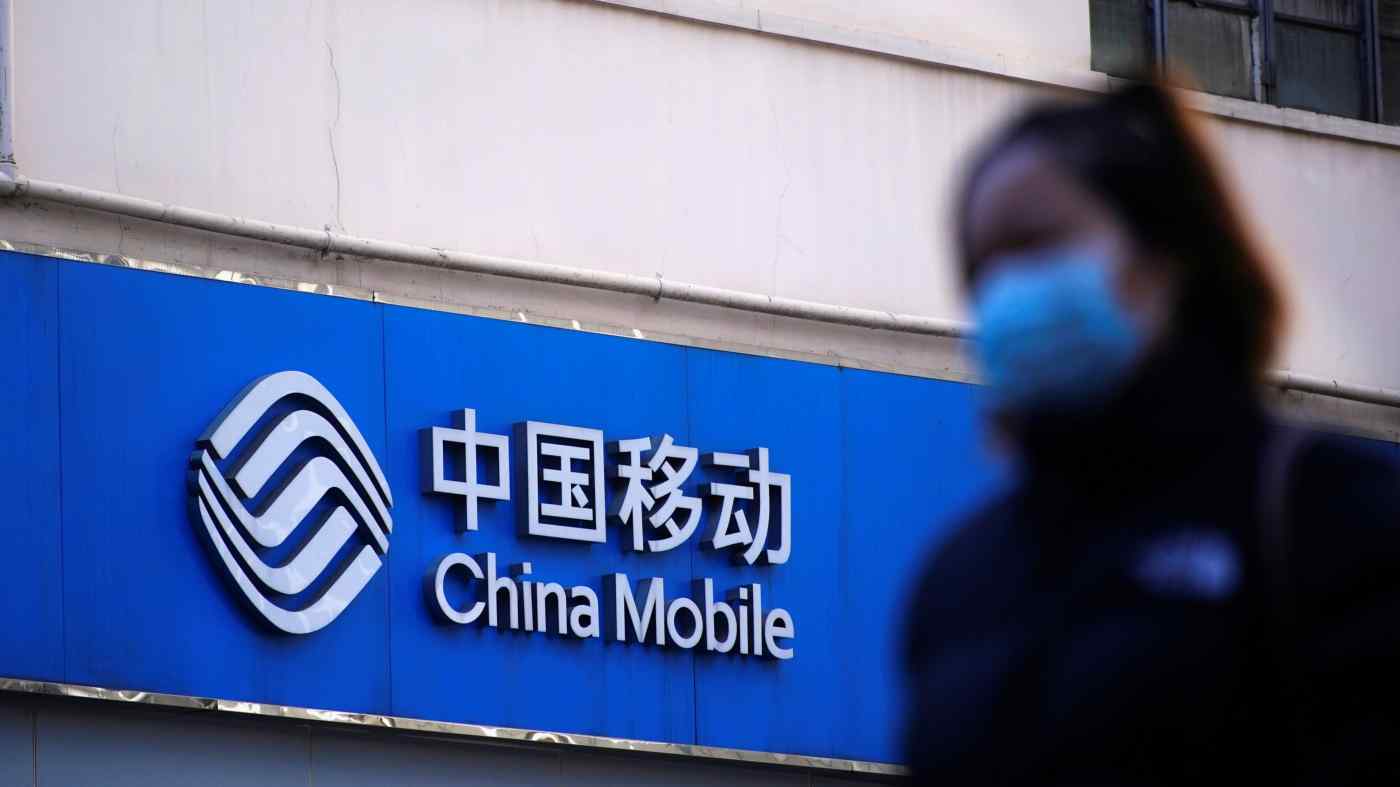 HONG KONG -- China Mobile, the world's largest telecommunications company by subscribers, said it is studying the possibility of listing its shares on a mainland stock market, just weeks after it was delisted from the New York Stock Exchange.

Yang Jie, chairman of the state-owned, Hong Kong-listed company, told reporters during an online earnings news conference on Thursday that the company has "taken note" of policies implemented by Beijing that pave the way for dual listings by red-chip companies on mainland exchanges.

Red chips are Chinese state-owned enterprises incorporated outside the mainland with a primary listing in Hong Kong. China Mobile's shares were traded in New York in the form of American depositary receipts, or ADRs.

Yang said the company is "now proactively following and promptly studying" those policies. He also said that he is "convinced" that if a listing in China's domestic market helps the company's growth and provides greater opportunities for domestic investors to partake in that process, the company is willing to move forward.

Chinese domestic investors are limited to investing in domestically listed shares with a few exceptions, such as through special investment quotas or formal trading channels with the Hong Kong Stock Exchange.

Yang's comments come after the company -- along with state-owned peers China Telecom and China Unicom -- was delisted by the NYSE under an executive order issued by former U.S. President Donald Trump. The order bars American individuals from investing in publicly traded Chinese companies that are deemed to have ties to the country's military.

All three Chinese telecoms made a written appeal to NYSE to reconsider its decision the day Joe Biden was sworn in as president on Jan. 20. Their ADRs were suspended from trading in early January.

China Telecom already has said it will list in Shanghai and is calling for shareholders' approval on April 9.

Chairman Ke Ruiwen told reporters earlier this month that the new share issuance in China would grasp a "rare strategic opportunity," as he believes the equity markets in the country are keen on investment sectors, including 5G mobile networks, cloud computing services and digital transformation businesses.

Ke did not answer questions about the NYSE delisting, but he said that it was an "appropriate decision made at an appropriate time."

The company plans to issue up to about 13.91 billion new A-shares, or yuan-denominated stock, if an overallotment option is fully exercised. That represents a 17.2% increase from its total outstanding shares and it will be more than the total number of existing H-shares, or stock issued by Hong Kong-listed mainland companies.

Wang Xiaochu, chairman and CEO of China Unicom, told reporters in a separate online news conference earlier this month that it is U.S. investors who will suffer the most if delisting mainland companies continues.

CNOOC, one of the listed units of China's three state-owned oil groups, also has been delisted from the NYSE for the same reason as the three telecom carriers.

Chairman Wang Dongjin, who earlier said the delisting was based on a "misunderstanding" by American authorities, reiterated to reporters on Thursday that he "cannot understand and staunchly opposes" the decision made by the NYSE.