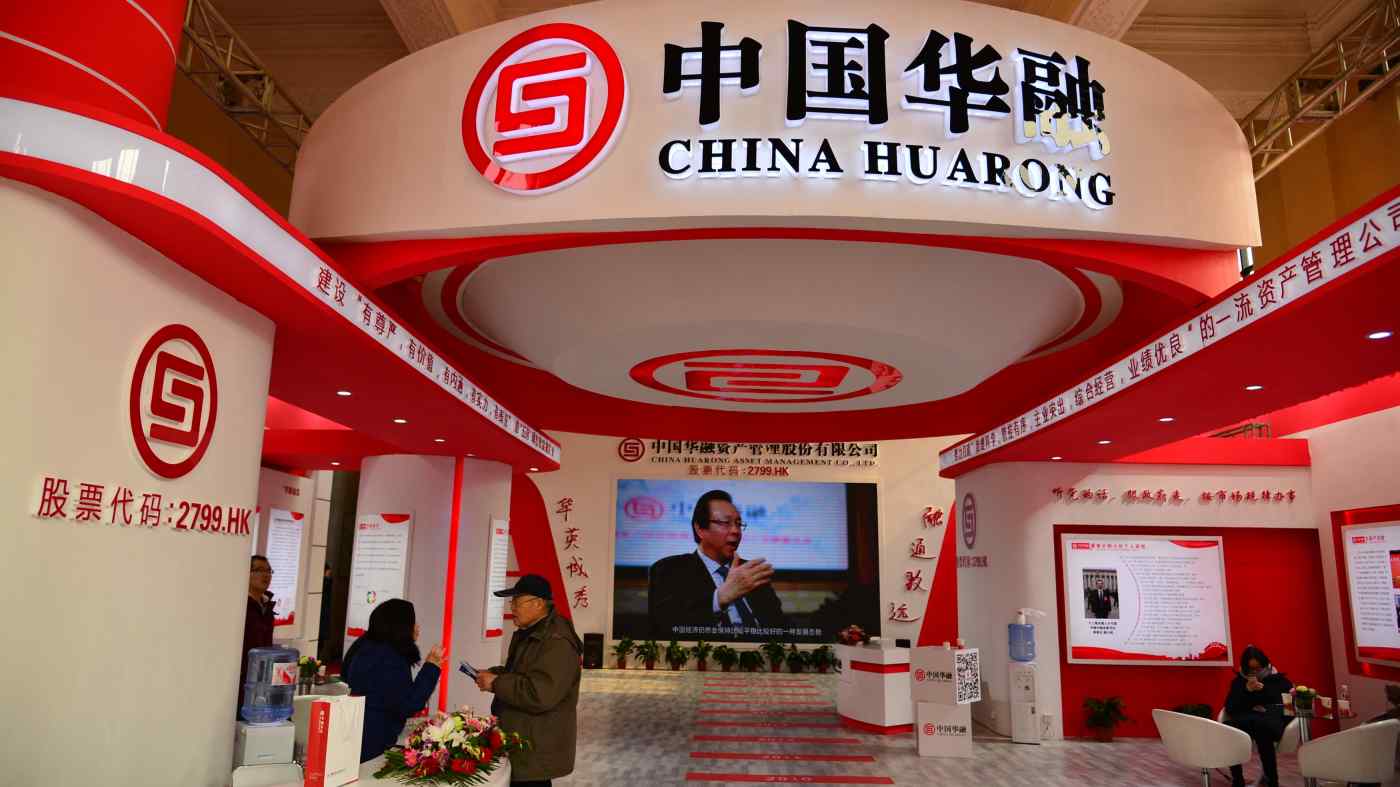 The company, originally set up to manage soured loans extended by Industrial and Commercial Bank of China, repaid a $900 million bond right on time, according to two people familiar with the debt.

Huarong over the weekend also repaid a 500 million yuan ($78.3 million) domestic bond, according to Bloomberg.

However, Huarong bonds due later are trading at prices suggesting investors still see a high chance of default. A 3.75% coupon bond due next year was trading at 76.6 cents on the dollar on Thursday, while a 4.5% perpetual bond changed hands at 59.9 cents, according to data from Refinitiv.

Bonds issued by China Cinda Asset Management, Great Wall Asset Management and China Orient Asset Management are faring little better. The trio, along with Huarong, have $135.7 billion in outstanding offshore and domestic bonds, according to Refinitiv data, but are set to play a crucial role in draining mounting bad loans from the world's largest banking system by total assets.

The yield on Cinda's January 2031 bond rose to 3.6% on Thursday, while China Orient's perpetual dollar bond yield reached 3.67%, according to Refinitiv. The yields, which move opposite to the bonds' prices, are the highest seen since Huarong first jolted the market at the end of March by missing a deadline to release its annual financial results. Great Wall's perpetual bond yield, meanwhile, reached a record 4.465%.

"There is concern at least some of Huarong's debt will have to be taken over by the other distressed asset managers," said Hao Hong, head of research at Bocom International in Hong Kong. "The Chinese philosophy is to make more people bear the pain so that it becomes bearable."

Hong expects an eventual "orderly resolution" for Huarong, with its three peers also receiving capital injections. Given the high stakes, however, he expects investors to remain concerned until authorities detail plans to resolve Huarong's troubles.

Media reports have said the government is considering a range of steps including a bailout, capital injections from state investment funds and the formation of a holding company over the four big distressed asset managers.

Huarong is majority-owned by the nation's Finance Ministry, though its shares are listed on the Hong Kong Stock Exchange; trading there has been suspended since April 1.

While the Finance Ministry has said little about Huarong's situation, the China Banking and Insurance Regulatory Commission in April said it was maintaining ample liquidity and normal operations.

The four big distressed debt managers were set up by Beijing in 1999 as the nation's banks were grappling with bad debts that then made up a fifth of their loan books. Over time, the companies branched out to offer other financial services, including their own loans, trusts and investment management, with the help of ample bond market financing.

Concerns surrounding Huarong have mounted since 2018, when then-Chairman Lai Xiaomin was arrested. He was found guilty of accepting bribes and bigamy and executed five months ago. Most of the asset manager's troubles stem from excesses during his term, when Huarong used easy access to cheap funding to expand into unrelated businesses.

In April, Fitch Ratings downgraded its scoring of Huarong by three notches to "BBB" from "A," citing concerns over the strength of the company's government backing. Moody's Investors Service cut its rating one notch. S&P Global Ratings, by contrast, affirmed its scoring at "BBB+" on Wednesday while noting it is still considering a possible downgrade.