Communist Party trying to demonstrate crisis management before its 2022 congress 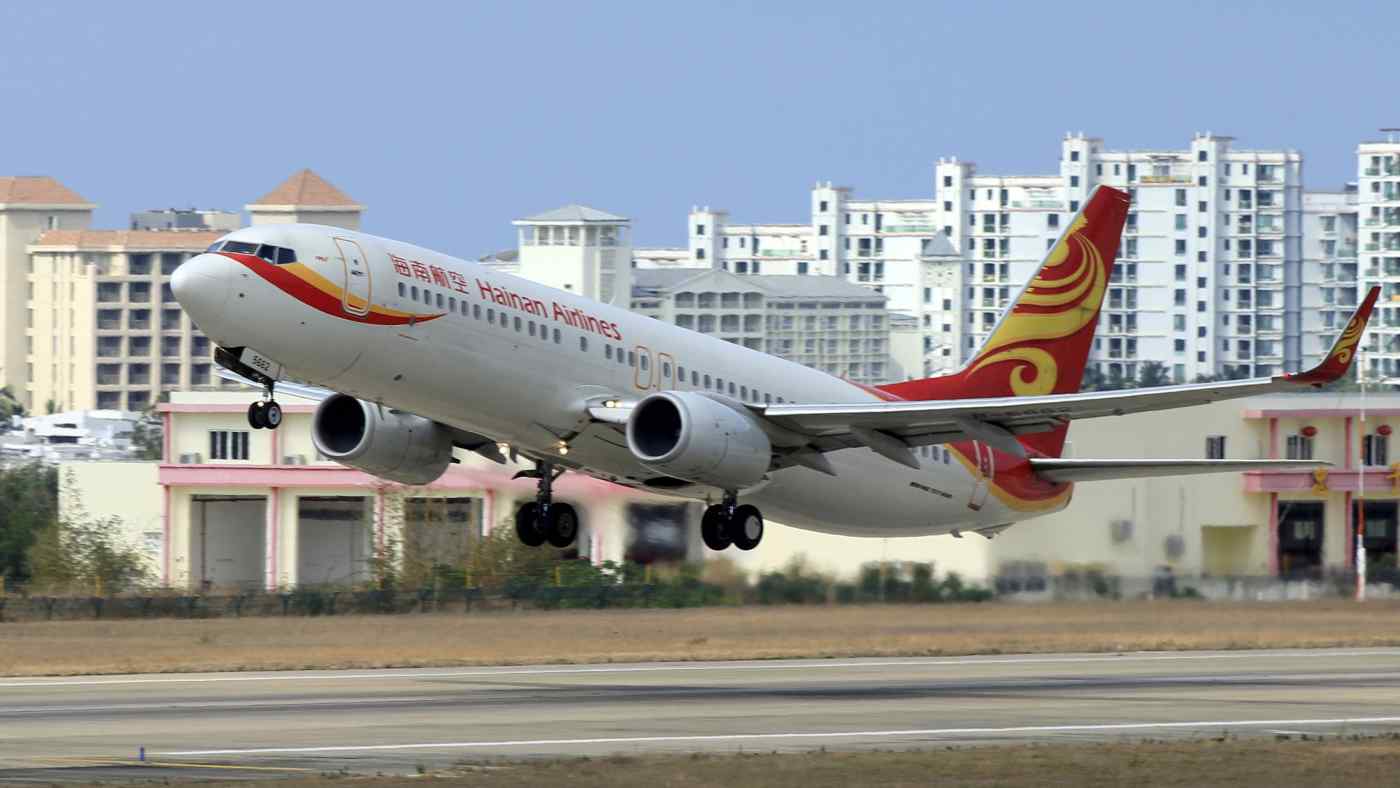 SHANGHAI -- China is stepping up the bankruptcy process of heavily indebted companies as the leadership of the Chinese Communist Party tries to demonstrate its crisis management before the party congress in 2022.

A high court in Hainan Province announced Wednesday that more than 300 companies under the wing of HNA will go into a bankruptcy process called "chong zheng,"a type of corporate rehabilitation. The process lets a business work out reorganization plans while continuing negotiations with creditors. As HNA itself is in this process, the entire group will go through it.

HNA has liabilities totaling 700 billion yuan, according to its most recent disclosure, made at the end of June 2019. As the company was placed under direct supervision of the local Hainan provincial government last year, its rehabilitation team is headed by Gu Gang, who had served as deputy mayor of Haikou, the capital of Hainan. It is preparing detailed bankruptcy restructuring plans for presentation at a meeting with banks and other creditors in April.

The chong zheng process is increasingly adopted for the government-involved rehabilitation of companies. "Powerful state-run banks are faithful to the government's intention, and other banks are hardly able to openly oppose it," a foreign bank official said.

For bank loans, the financial authorities of China set prime rates higher than market and deposit rates. The practice, which enables banks to secure funds for writing off nonperforming loans, is a reason why the government gets its way in dealing with heavily indebted companies.

Zhuhai Huafa Group, a state-run enterprise in Guangdong Province, and other concerns are set to invest in Peking University Founder Group, a state-owned company founded by the university, which has completed its chong zheng. Huachen Automotive Group Holdings, a leading automaker belonging to the provincial government of Liaoning and a parent of BMW's local partner, also entered the chong zheng process in 2020 for rehabilitation through a merger with 11 companies under its wing. The first creditors' conference is scheduled on April 20 according to a local Liaoning court in charge of the case.

The government takes the initiative in dealing with heavily indebted companies for a number of reasons. For example, the need for forestalling a further increase in financial risks has grown stronger than ever. While liquidity crunches at HNA and Peking University Founder began to be reported in 2019, the two have repeatedly delayed loan repayments and bond redemptions.

Defaults on Chinese corporate bonds increased to an all-time high of more than 180 billion yuan in 2020. They remain high, totaling more than 35 billion yuan as of early March. Many companies have fallen into liquidity crunches, including Shandong Ruyi Technology Group, which was once hailed as the "LVMH of China," establishing a global textile and apparel empire through aggressive acquisitions over the years, ranging from Cubbie Station, Australia's largest cotton farm, and stretch fabric maker Lycra Co. to fashion brands such as Aquascutum and Japan's century-old Renown.

This development cannot be left unresolved, for the sake of maintaining China's creditworthiness.

In addition, the Chinese leadership under President Xi Jinping wishes to emphasize its crisis management ability. Guo Shuqing, chairman of the China Banking and Insurance Regulatory Commission, told reporters earlier in the month that the banking sector will further increase bad loan disposals in 2021 from 3.02 trillion yuan in 2020. The projection is widely seen as reflecting the government's intention to put major debt problems of HNA and other companies under control.

Premier Li Keqiang stressed the need to "resolutely protect the bottom line to avoid any systemic risks" in his annual policy speech at the opening of the National People's Congress on March 5. Shenzhen International Holdings, a major state-owned logistics company, is acquiring a stake in retailer Suning.com this month, a move seen as a reflection of the government's resolve to intervene in the management of private companies.

A pressing task is in the treatment of companies that have been procrastinating on loan problems. Among them is Tsinghua Unigroup, which has repeatedly defaulted on its obligations since its financial crisis came to the surface in the autumn of 2020, and foreign investors are now coming after them. Citicorp International filed a lawsuit to a Hong Kong court in the end of last month seeking a payment of $200 million in principal and 6.5% per annum interest since July on a dollar-denominated bonds on which Tsinghua Unigroup has delayed interest payments.

The latest case of deteriorating loan profile is seen in China Fortune Land Development. The Shanghai-listed property developer, invested by Pingan Insurance, disclosed on Wednesday that the company and its subsidiaries have added another 8.382 billion yuan in default. The total amount default of the group has reached 19.424 billion yuan, about $3 billion, including bank loans and trust loans.

CFLD, in a separate disclosure on Wednesday, announced to call a meeting on March 15 with holders of two onshore bonds. They mature in 2025 but a cross-default clause was triggered as another onshore bond defaulted in February. "The company is now proactively negotiating with financial institutions involved in the default," CFLD's board said in a statement.

Even though China claims robust rebound from the pandemic, but "the recovery has been uneven, and structural imbalances and rising risk concerns need to be addressed," said Christina Zhu, economist at Moody's Analytics. Her reading behind Beijing's GDP growth target of "above 6%" for 2021, even though the consensus expects an expansion of up to 9%, is to leave room to deal with the debt issue. "Although consolidating the recovery remains the highest priority for 2021, the soft growth target provides the government with more leeway to control the exacerbated debt burdens and financial risks," she said.